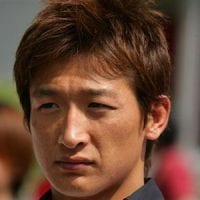 When Aguri Suzuki harnessed Honda’s support to establish a new Formula 1 team in 2006, he decided to employ Japanese drivers. Key to the deal was Takuma Satō, who had recently lost his drive with BAR-Honda, with 31-year-old Yūji Ide completing the line-up.

It was always a going to be tough with the Super Aguri SA5-Honda based on a four-year-old Arrows A23 monocoque. Ide struggled and qualified at the back for his first two Grands Prix. 13th and last in Australia, a first-lap collision with Christijan Albers at Imola confirmed he was out of his depth and the FIA revoked his super licence. Ide’s F1 career was over after four races.

Having raced karts from 1990, he graduated to Formula 3 four years later with his own team. Only an occasional runner after 1995, he returned in 2000 with an ARTA Dome-Mugen and finished as championship runner-up behind Sébastien Philippe. He switched to the French series in 2002 and steered his Signature Compétition Dallara-Renault to victory at Croix-en-Ternois and seventh in the final points.

Ide returned to Japan for the 2003 Formula Nippon and Super GT championships. Second at Motegi with Cerumo’s F.Nippon Lola T03/51-Mugen, he also won races in the GT-spec Nissan Skyline GT-R. Ide transferred to the Impul Nippon team and started 2004 from pole position at the opening round at Suzuka. He scored his breakthrough victory in the penultimate race of the season and was third in the points.

A consistent front-runner again in 2005, he won twice and was runner-up in the championship behind Satoshi Motoyama. That, and commercial considerations, were enough to convince Suzuki to include Ide in his new F1 team.

When Ide returned from that unhappy adventure, he struggled in F.Nippon but he did win a 2010 Japanese GT race at Suzuka with Aguri Suzuki’s Honda. That was also the last year Ide raced in single-seaters but he continued in the country’s Super GT Series until 2018.