In 1951 Grand Prix racing reached a climax when the all-conquering Alfa Romeo team were beaten for the first time since 1939. It was something that people following the sport closely could see coming, though few people wanted to believe it. In 1990, again at Silverstone, the all-conquering McLaren-Honda team were soundly beaten after a run of almost unbroken domination of nearly five years. In 1951 the team that beat Alfa Romeo was Ferrari, in 1990 the team was again Ferrari and that fact on its own is worthy of note.

The British Grand Prix at Silverstone saw Ayrton Senna and McLaren-Honda miss out on pole position on the starting grid for the third time in succession, the last two occasions being to Nigel Mansell and Ferrari, and at the end of the day on July 15 the McLaren-Honda-Senna combination had lost out for the third successive race, and each defeat was by Prost and Ferrari. There was usually a good reason, like the punctured tyre in Mexico or the fumbled pit-stop in the French Grand Prix, but at Silverstone there were no extenuating circumstances. The all conquering McLaren-Honda-Senna triumvirate were beaten without question. 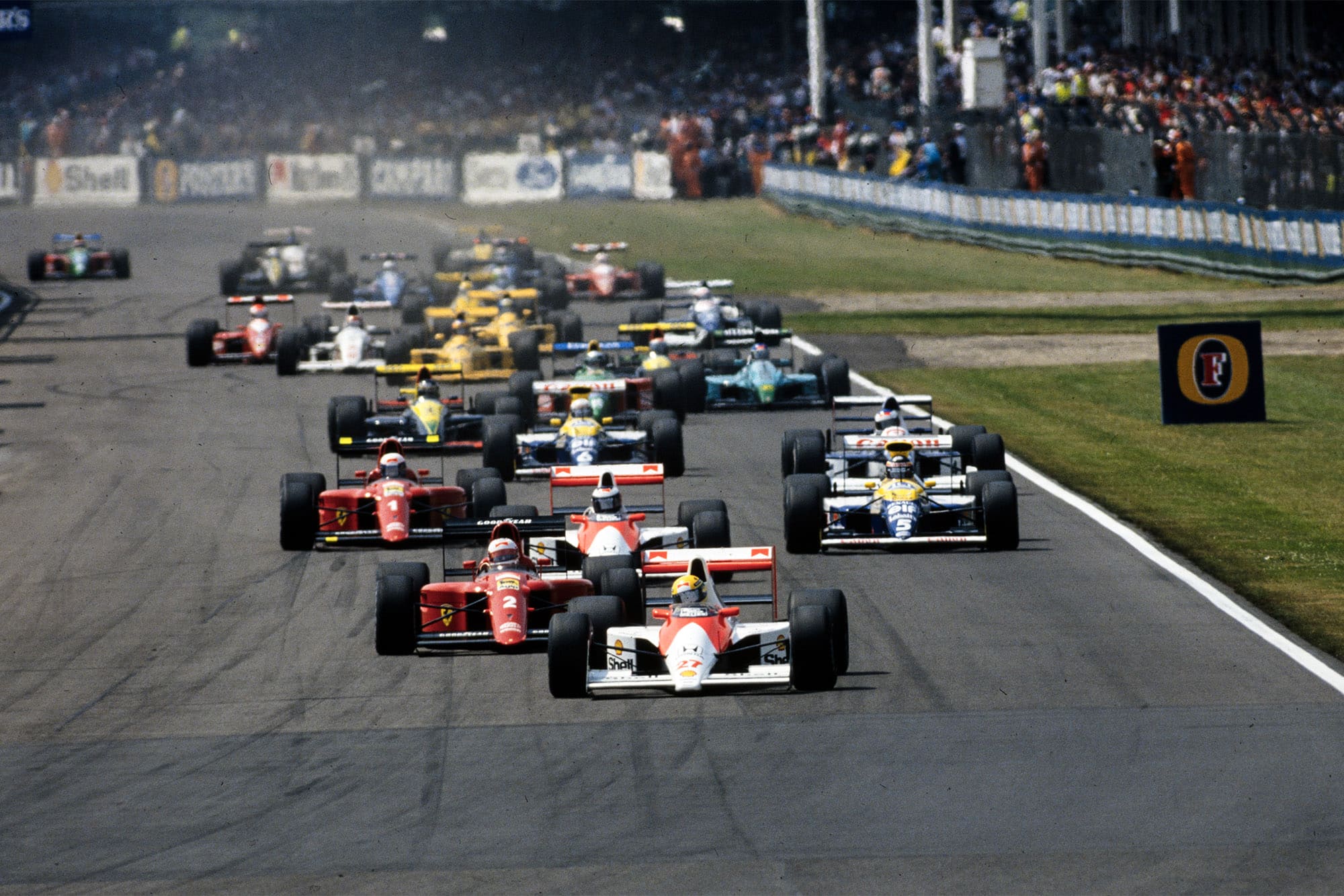