In 1959 the German Grand Prix was used as a political tool and it took place on the AVUS circuit on the edge of Berlin, but it was a bit of a flop and nobody wanted to go back; in fact, they could not get back to the mighty Nürburgring quick enough. Over a period of time the 'improvers' and `do gooders' who do so much to help Grand Prix racing (!) destroyed the Nürburgring as a Grand Prix circuit and forced the move south to the Hockenheimring. A New Nürburgring was built and Formula One paid it one fleeting visit and then settled back comfortably in the fast but dull Hockenheimring.

The years have passed and it is likely that none of today's Formula One drivers are aware that there was anything before the Hockenheimring and in Formula One parlance the race is The German Grand Prix, not Das Grosser Preis von Deutschland. You can get used to anything, given time. 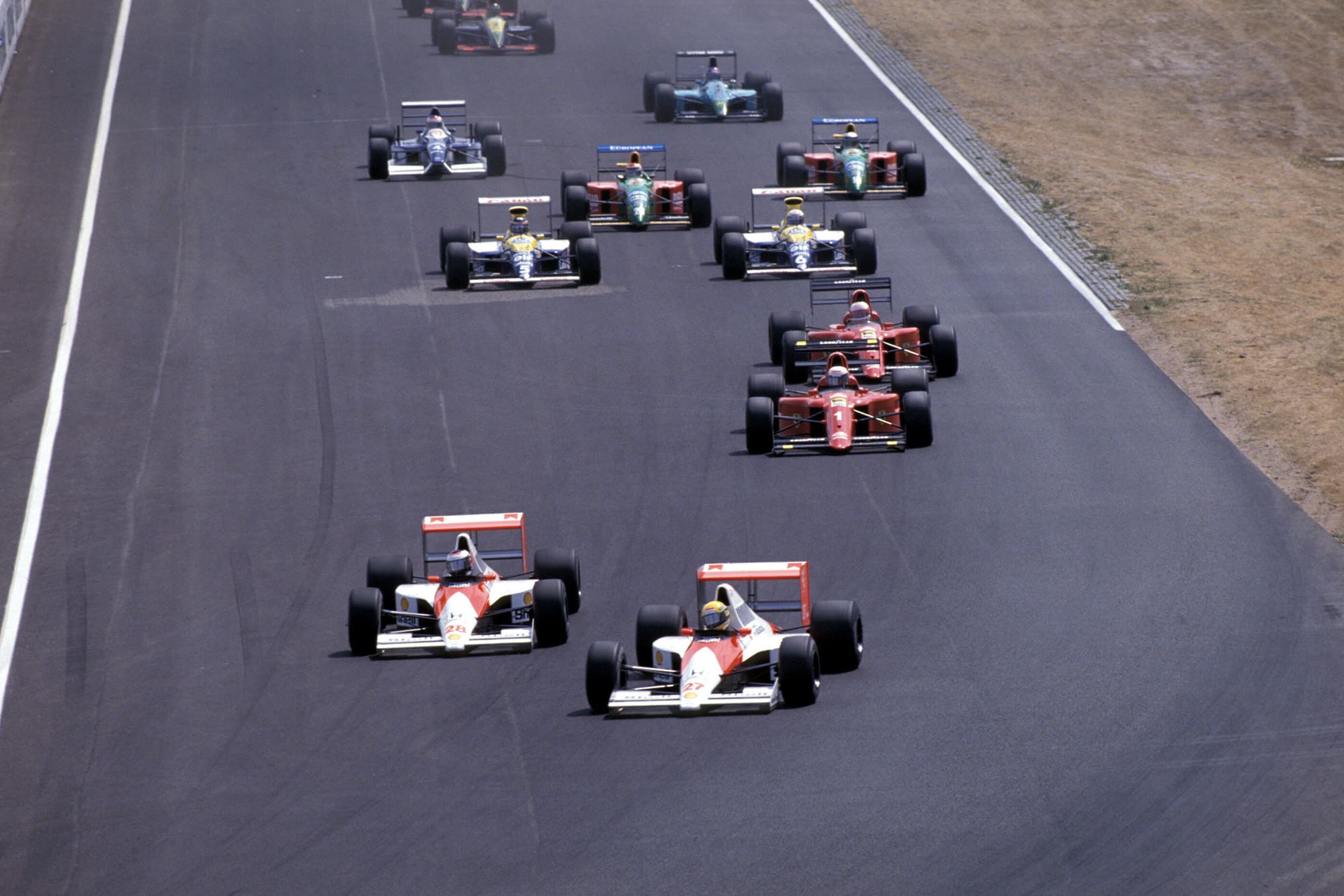