With the 1990 season moving into its closing stages, it is becoming more and more clear that the only team seriously to challenge the McLaren-Honda domination is the Ferrari team. Equally the only driver seriously to challenge Ayrton Senna is Alain Prost, so that Senna-McLaren and Prost-Ferrari are the two yardsticks by which all others are judged and quite simply, no-one really matches up to them consistently. It is as if we are putting on a stage production, with two stars, a strong chorus, and a flexible back-drop. Senna and Prost are the stars, Boutsen, Patrese, Nannini, Piquet, Mansell, Berger are the strong chorus, with Alesi the joker in the pack, and the rest from Warwick, Gugelmin and Capelli down to Langes and Giacomelli are the moving back-drop. With the cars it is very similar, McLaren-Honda and Ferrari are the stars, Williams-Renault, Benetton-Cosworth, Lola-Lamborghini, LeytonHouse-Judd are the chorus and the rest are the moving back-drop.

The Italian Grand Prix was no exception to this idea, and while Ferrari were able to challenge the number two McLaren-Honda they could not touch the number one. Any team of any substance had done a lot of pre-race testing, courtesy of Goodyear or Pirelli, so that there was not a lot to be learnt. With conditions seldom being consistent, when official practice started it was a case of applying the data collected previously to the conditions of Friday morning and as the day got warmer and the pace got faster, applying detail changes to match the situation. When you realise that everything on a modern Formula One car is adjustable to a very fine limit, and that each component has to be compatible with all the other components, from tyres to ignition timing it is not surprising that some teams get in a muddle and progress backwards. It is all very well data-logging everything about the entire car, but if you don't know how to analyse it and extract it correctly you would probably be better off without any knowledge. How often has one heard a team member say, "We went the wrong way with our adjustments," as if it is something creditable. What is really meant is "we lost our way", which is inexcusable. 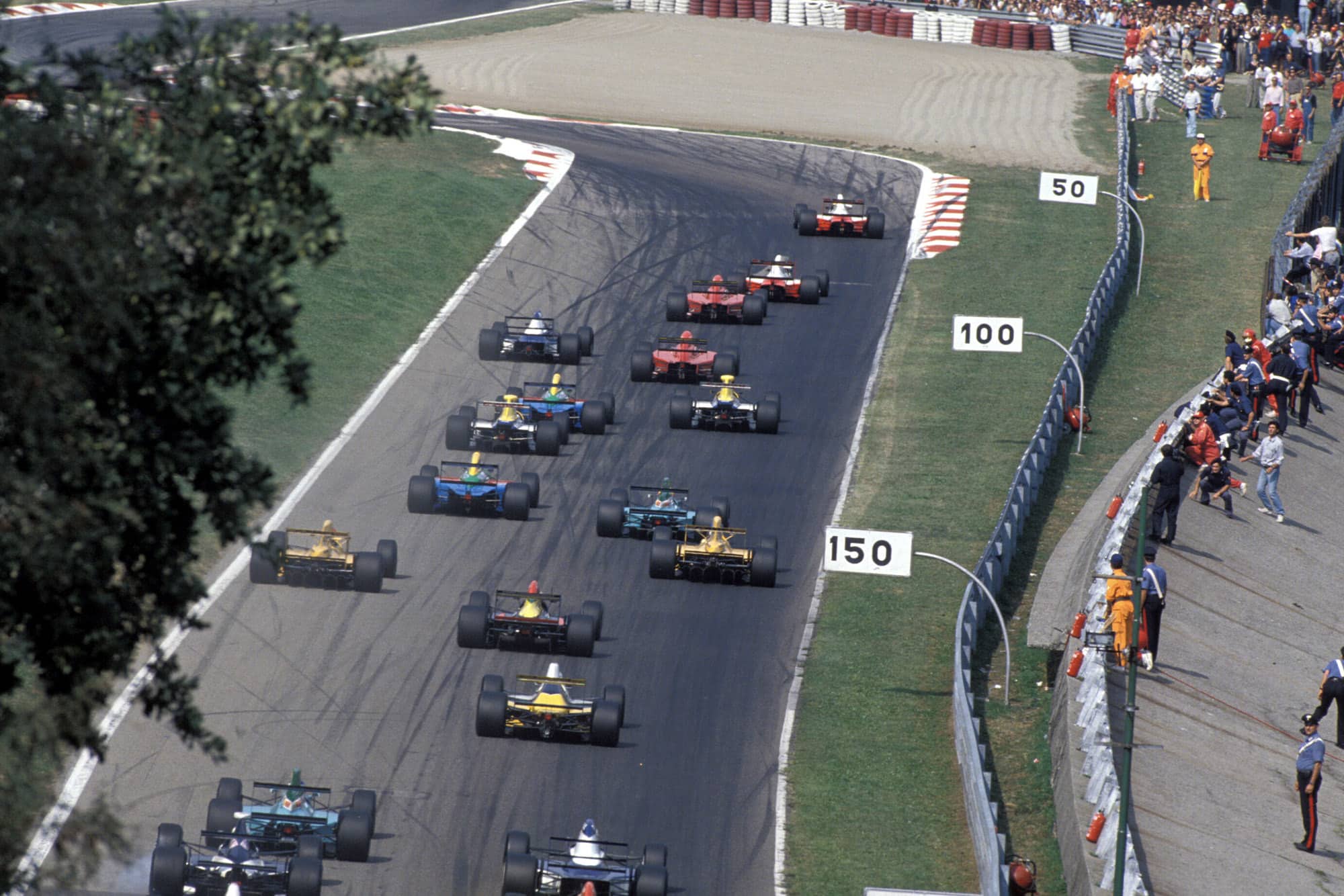 The field heads into turn one at the start[/caption]