The Monte Carlo circuit continues in its enigmatic role of being the best loved (or most hated) street circuit of all time, everyone putting up with all manner of bad things because it only happens once a year, and it is the father-and-mother of all street circuits, and has been since 1929 (but don't tell the Marlboro World Championship Team, or their disciples, who think it all started in 1950!). It is not the sort of circuit around which any self respecting Grand Prix driver would want to race every weekend, but most drivers are prepared to accept its challenge once a year as part of the overall scene that makes 'complete' Grand Prix drivers.

While it is not fast by real Grand Prix circuits, its 85-90mph lap speed is shatteringly quick for the confined conditions and hair-raising hazards, and for the drivers it presents a great challenge in accuracy, judgement, consistency and concentration. Most of the drivers seem to view it as a personal challenge to their faculties rather than a test of motor racing. For the engineers, designers and mechanics it is an equally daunting test for nobody gets to run on the circuit until official practice begins. There is no 'testing', no pre-practice acclimatization, no hard and fast technical data to go on, and nowhere else like it where you can simulate the conditions. But it is the same for everyone. 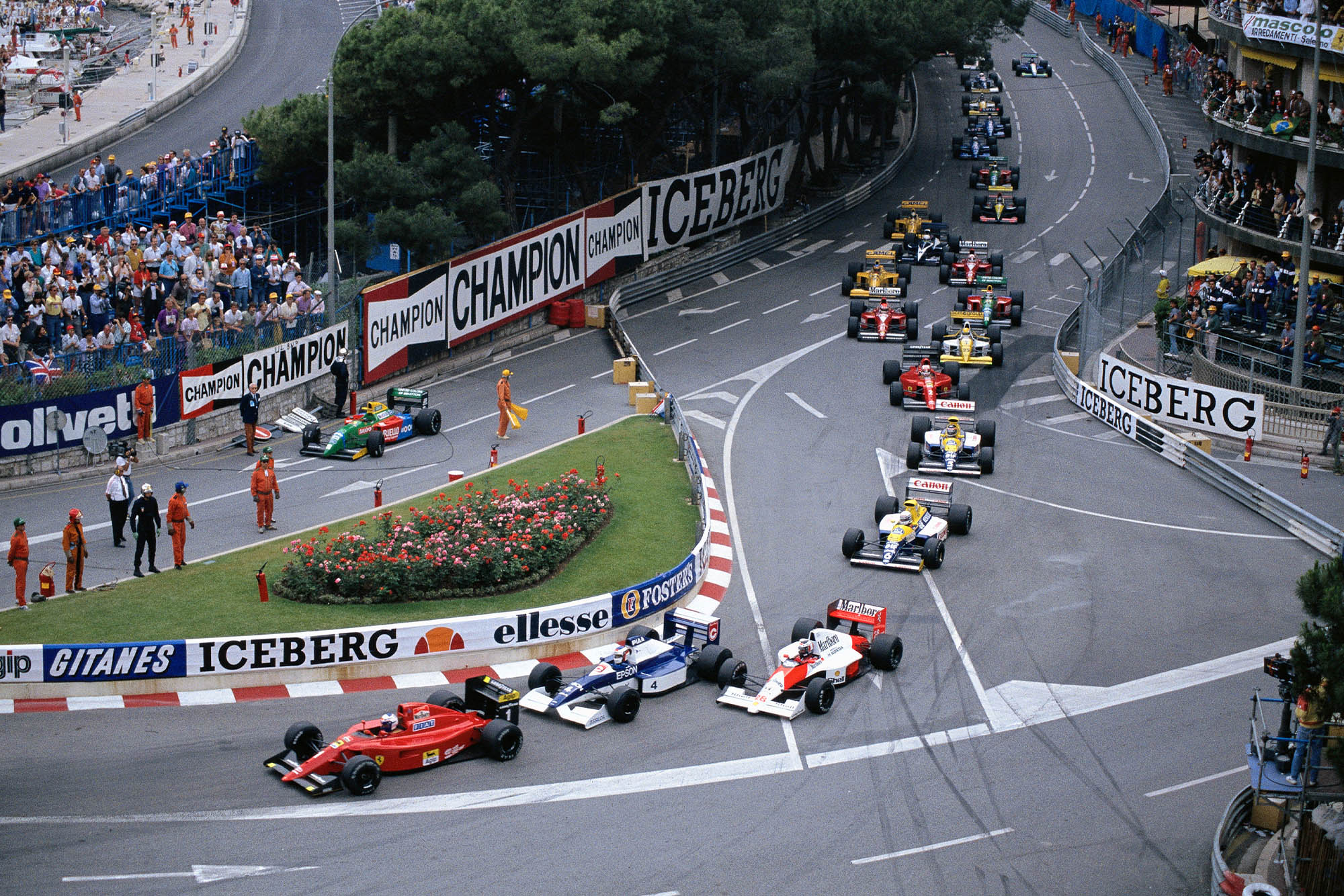 The second start of the Monaco Grand Prix, though Ayrton Senna is already ahead out of shot[/caption]