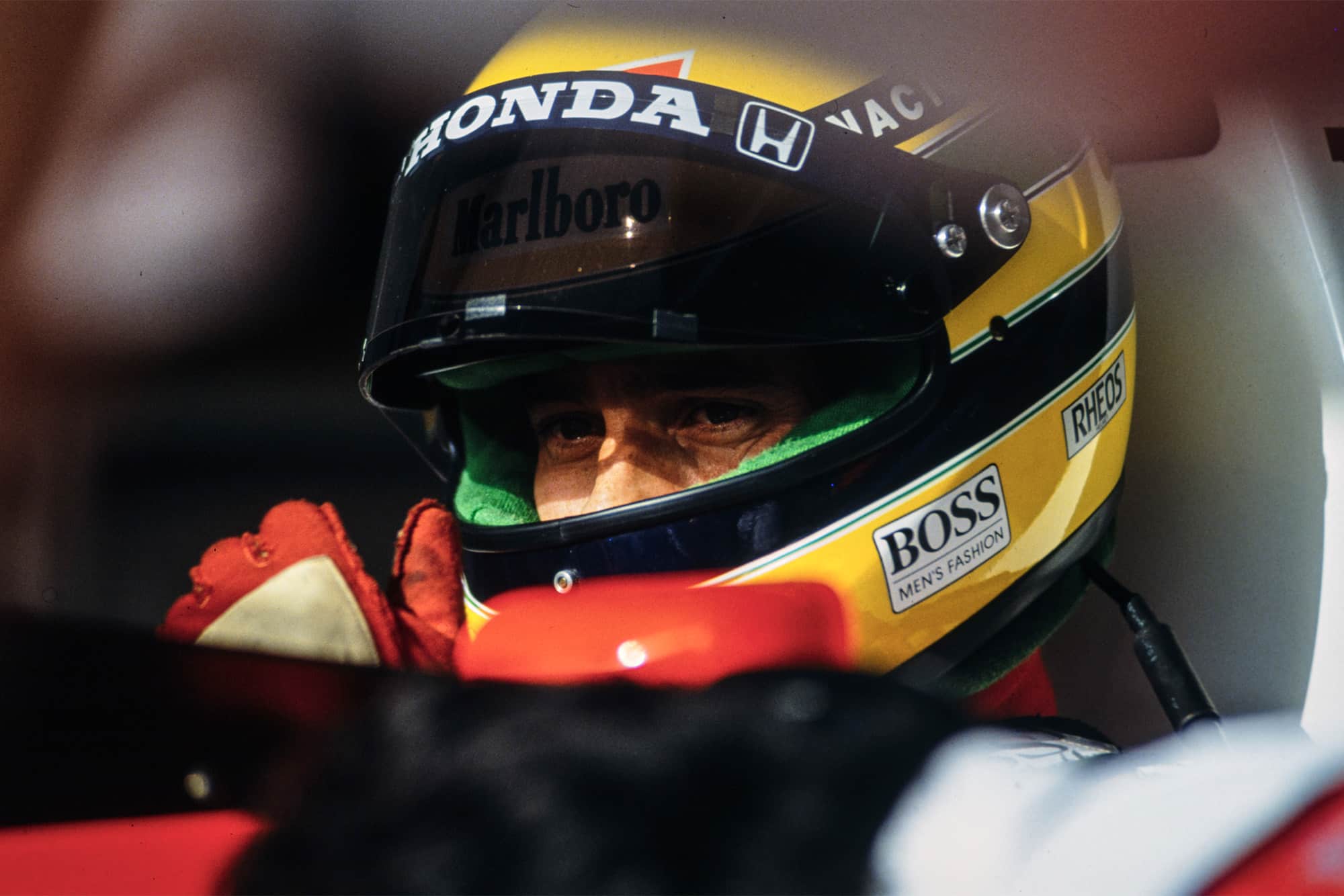 At both events a strong contest between Ferrari (Fiat) and McLaren (Honda) started from the moment practice began on Friday morning and reached a climax on Saturday afternoon at the end of qualifying, so much so that the races themselves came as something of an anticlimax, race lap times at Estoril being 5 seconds slower in general, than qualifying times, and in Spain the difference was more than 6 seconds. In Portugal Mansell took a courageous pole position ahead of Prost and Senna, with a time of 1m13.557s while his best race lap of 1m18.577s would not have qualified for the grid and was the sort of pace that Barilla (Minardi) and Tarquini (AGS) were achieving while failing to qualify. In Spain it was a similar story, with Senna taking pole position (his 50th since he joined Formula One) at 1m18.357s and his best race lap being so slow that it would have only been good enough to be next to last of the pre-qualifiers! Even Patrese's race lap, which was the fastest of all, at 1m24.513s would not have got him on the grid the day before.

Fortunately the whole field of runners are running equally slower on race day, so the difference is not noticeable, the same front runners are at the front, the midfield are struggling to sort themselves out and the backmarkers are still the backmarkers, the only real difference being the slowest four cars in qualifying do not get to start the race. The pace of the front runners during qualifying, both on Friday and Saturday, especially on Saturday, is so fast and furious, and so competitive that at times the end of the frantic hour between 1pm and 2pm comes as something of a relief after you have been actually in the middle of it all. It is something that no amount of television coverage can really show with any degree of reality, though there are occasional flashes of excitement to be seen by those fortunate enough to have the right sort of equipment. There have been times when the thought of race day repeating the tempo of qualifying, and for twice as long, has seemed to be more than I could stand. For that one lap that decides grid positions everything is wound up tight to its maximum, the engine, the chassis, the suspension, the aerodynamics, the brakes, the gear ratios, the drivers, the engineers, the mechanics and the whole team. It is a "tightness" around the top teams' pits that you can feel, and once the job is done there is metaphorically a great exhalation of air that says "Whew!" and you know that no-one could keep up that pressure for every lap of a 70 lap race. If they could then the races themselves would probably be more than many spectators could cope with. So races are run at a much less frantic pace, but if anyone said on Saturday evening that tomorrow's race was going to be run at the pace of Gachot in the Coloni, or Langes in a EuroBrun, most people would want to go home!