The Tyrrell team produced their new cars, the 019 models, Benetton produced their B190 models, the resurrected Brabham team their BT59 cars, Minardi their new M190 cars and it all seemed to be building up into a fine start to the European season. McLaren and Honda had been fine-tuning the MP4/5B with engine characteristics adjusted for the high-speed, hard-working, conditions of the Imola circuit, and Renault had put in a lot of work on the RS2 engines. Much was expected from Ferrari, the Imola circuit effectively being their home ground, and there was talk about a new version of the V12 engine, together with new bodywork aerodynamics and there was an electric air about the place as the teams began to assemble for the third round of the 1990 season.

The Italian racing enthusiasts didn't miss a moment of it all, and were there in their thousands ready for practice and qualifying to begin on Friday morning. For those who were up extra early there was the hour devoted to pre-qualifying in which the really 'low-score' teams from last year's races had to fight among themselves for four places allowed for participation in the official practice and qualifying that was due to start at 10am Those involved were Olivier Grouillard with the lone OsellaCosworth, Tarquini and Dalmas with the new AGS JH25 cars, Bernard and Suzuki with Gerard Larousse's Lamborghini powered Lolas, Gachot with the lone Coloni powered by Carlo Chiti's flat 12 engine paid for by Subaru, the EuroBrun-Judds of Moreno and Langes, and the unusual inverted-broad-arrow 12 cylinder Life car, driven by Bruno Giacomelli. Nine drivers had to compete for four places all within the space of one hour, and even the four fastest were not guaranteed a race, merely the opportunity to try and qualify for the starting grid against all the successful people. 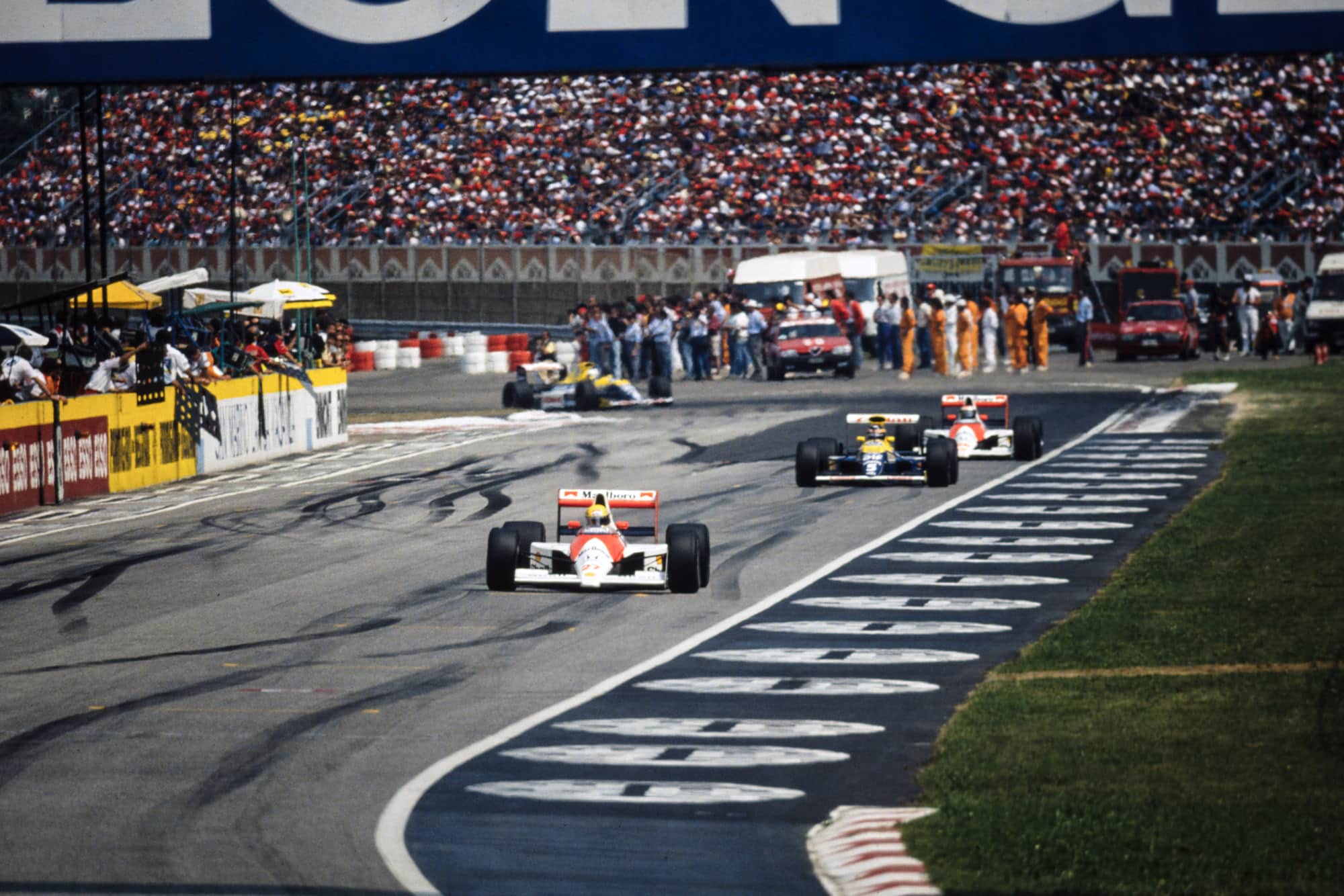