Nevers-Magny-Cours, July 7th. The French Grand Prix was near to sinking into oblivion in the dust and heat of the arid Paul Ricard circuit near the Mediterranean coast, with a bland and rather dull circuit, to which the public never really flocked in great numbers. The French Federation took a gigantic step in encouraging the transformation of the little circuit at Magny-Cours to enable it to cope with the Formula One giant "circus", thus getting the French Grand Prix back into the middle of France, and encouraging a greater attendance. It seemed to have worked, for race day was said to have attracted an attendance of something like 100,000 spectators.

The whole weekend developed into a battle royal between McLaren-Honda, Williams-Renault and Fiat-Ferrari, with no holds barred and the race itself was a splendid confrontation between Nigel Mansell and Alain Prost, both much happier in "fighting the good fight" as rivals than ever they were as team-mates. On any circuit the front row of the starting grid has got to be a good place to be and in qualifying Prost was making the most of a new Ferrari, designated 643, with Jean Alesi also in a new car. The changes in design were mostly chassis, suspension and aerodynamics, the front of the monocoque having the fashionable "Tyrrell Nose" while the inboard front suspension layout was neater and tidier and all tucked into the front of the cockpit section, like most other cars these days. The side radiators and air intakes were more compact and the routing of the air through the rear suspension was much more like the original John Barnard "Coke bottle" shape. Power was still supplied by the five-valve-per-cylinder V12 engine, coupled to the electronically controlled gearbox as in the previous car. Looking at the new car it seemed obvious that it should have appeared at the beginning of the season, along with the new Williams and new McLaren; there was not the feeling that it had been conceived since the season began. 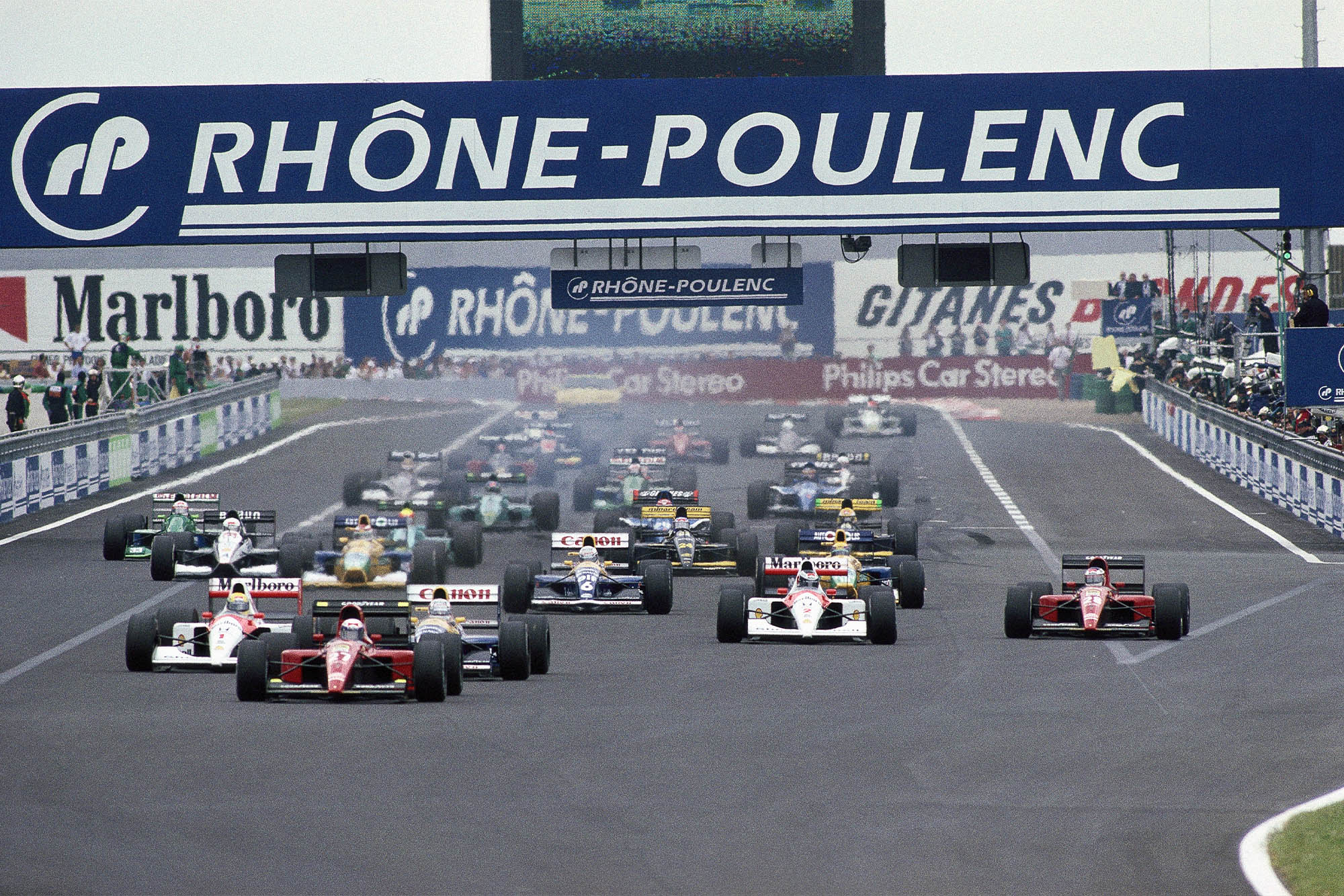 Alain Prost leads at the start on home soil[/caption]