The Italian Grand Prix and the Monza track have always been synonymous with sheer unadulterated speed, regardless of the attentions that have been made over the years, and this year's race did not disappoint the Formula One World, even though it proved to be a total disaster for the Ferrari fans. Never have they been so quiet, their only moment of joy being when Ricardo Patrese took the lead from Senna and led for one lap, but even then the crowd's joy was expressed by relatively polite waving, there was no ecstatic screaming and yelling and leaping up and down, and it was really out of politeness to a true Italian racing driver, in an Anglo-French car. Had he been in a Ferrari they would still be cheering!

A large crowd had turned up for the first day of practice and qualifying, ever optimistic as only Italians can be, but they all went home in a very grey state; Jean Alesi was fifth and Alain Prost was sixth after the first qualifying session, which had been particularly neat and tidy and an example of qualifying at its best, but not for the Italians. Few of them came back on Saturday and most of them probably spent a miserable afternoon in front of their television sets, as a local station guaranteed to screen every minute of the qualifying hour live. 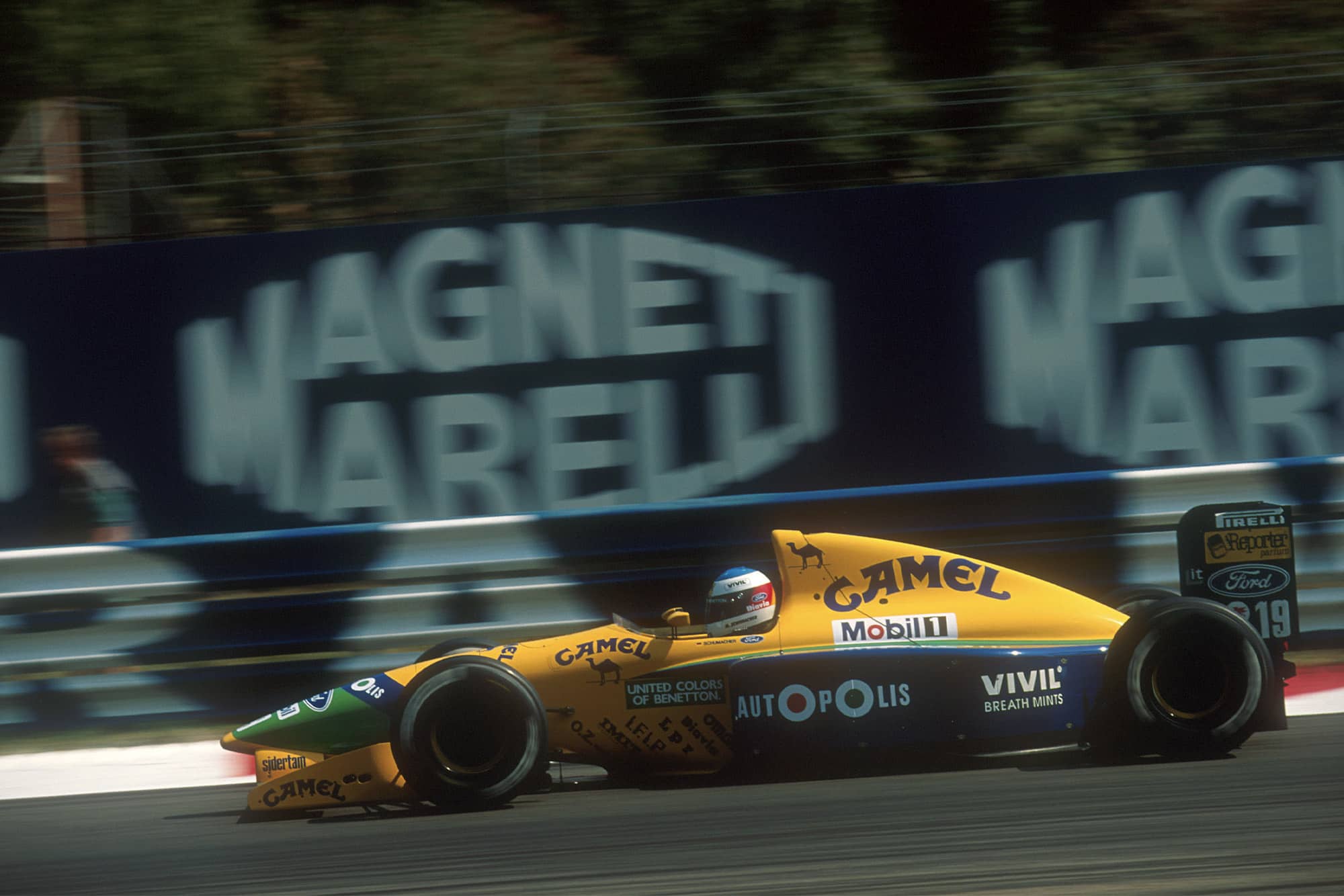