In the end it was the least experienced of the upper echelon of F1 drivers, in the least technologically advanced of the top cars, who took the spoils in the Belgian GP. In doing so he benefited from a slice of luck, but then Nigel Mansell was not without that himself when he scored the first of his 29 victories at Brands Hatch back in 1985.

In his reflections last months Jenks wrote of the majesty of the Spa-Francorchamps circuit, and how right he was. Of all the tracks on the FIA Formula One World Championship trail, it has the greatest charisma, presents the greatest challenge, and the greatest opportunities. After the ludicrous Hungaroring, with its constant radius curves and manifest lack of passing places, it brought Grand Prix racing back to the days when overtaking was possible, and certainly we saw plenty of it. The 1992 Belgian GP had it all, really. It started on a track made so greasy by drizzle just before the start that one by one all of the drivers pitted for wets within laps. Then it began to dry again, necessitating further stops for slicks. 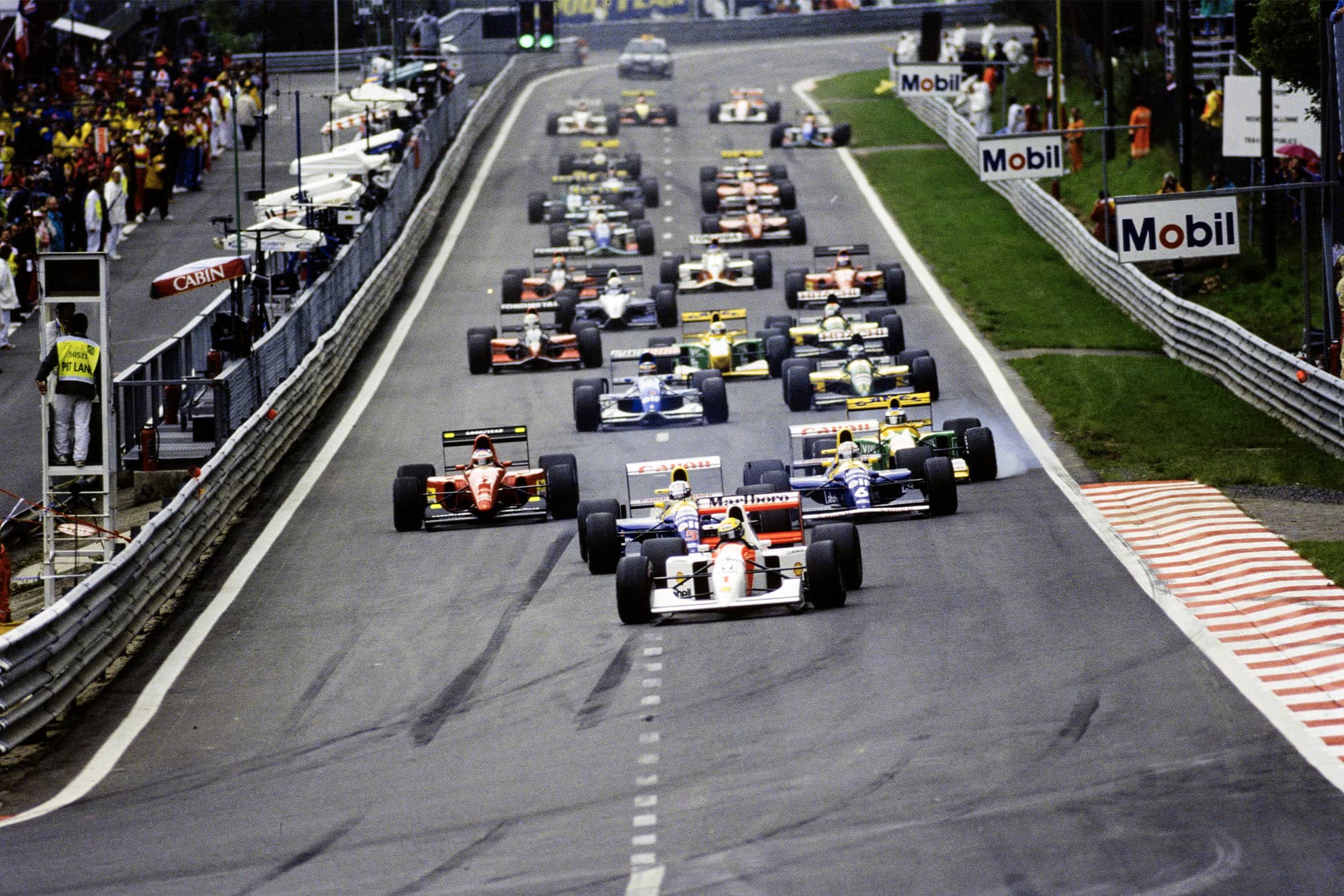