It was easy enough for Nigel Mansell to rationalise Ayrton Senna taking his 61st pole position in Canada. After all, his own efforts had been thwarted by a fault with a sticking suspension component during free practice on Friday morning, and then a combination of traffic, lack of grip and a Renault RS4 engine that the telemetry said was a good 40 bhp down on what it should have been. To boost himself, Mansell could also look to his own speed on Saturday morning, when he lapped faster than anyone else would all weekend. The trouble was that the changeable weather conditions that day meant that the track was marginally slower than it had been during Friday's sun, and the result was that Williams Red Five — Cinq Rouge – did not feature on the front row for the first time this season.

It was worrying that, for Mansell, even if team-mate Riccardo Patrese was alongside the World Champion's improving McLaren MP4/7A. The dilemma was simple: the McLarens had better straightline speeds than the Williams-Renaults, just as they had had in Monaco, and much of that came from superior acceleration. If Senna won the start, passing on the tight Circuit Gilles Villeneuve on Montreal's Ile Notre Dame was going to be very difficult, particularly when tyre conservation was so important. 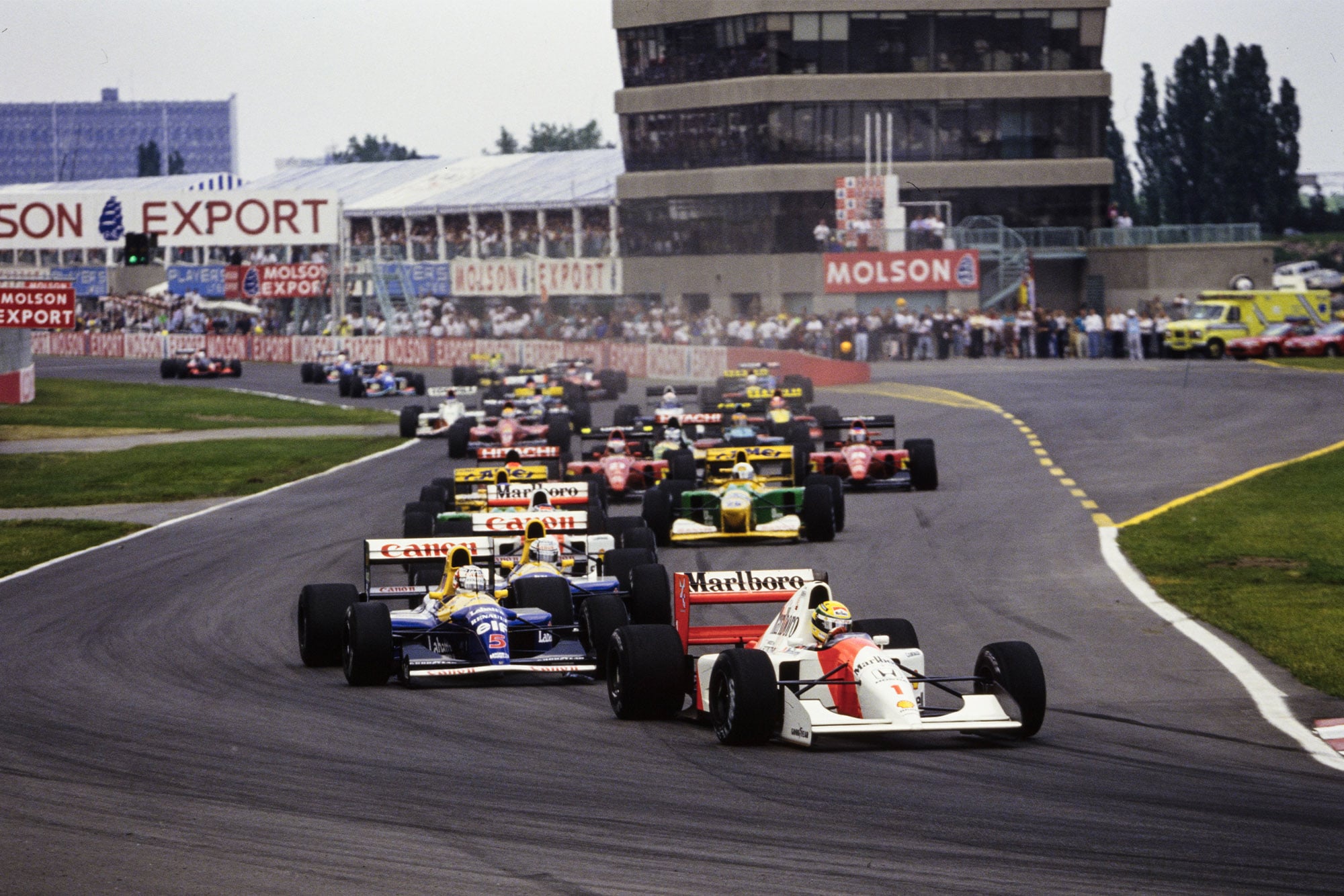 Ayrton Senna leads into the first corner in Montreal[/caption]