"This disappointment is about a million times worse than Silverstone," he admitted, "because here the job was done. There, there had still been racing to do, with Alain. Here, it was my race. I had it won . . ."

And so he had, although he had come by first place through an unusual set of circumstances. In Germany the Williams-Renaults wrapped up their now customary front-row positions, but it was interesting to see that, far from extending their Silverstone advantage over Michael Schumacher in the Benetton-Ford and Ayrton Senna in the McLaren-Ford, the gap had actually closed on a circuit where the power advantage of the Renault VI should have taken them clear. Hockenheim, as we all know, is a power track which also places a premium on braking efficiency. Step forward Williams on both counts, with the Renault RS5 and Patrick Head's ABS system. But what Hockenheim also has is bumps. There are little ripples all round the surface, and they are bigger and less forgiving in those awful chicanes. To watch any of the F1 cars going through there on slow motion television replay was to watch a beast in the throes of torture. The Tyrrell 021s, for example, pitched and bucked. Like many others, they picked up both front wheels in the short spurt betwixt the hard right entry to the second chicane and the left flick in the middle of it. Nobody seemed to be immune to the symptoms, but Benetton appeared to cope with them best. 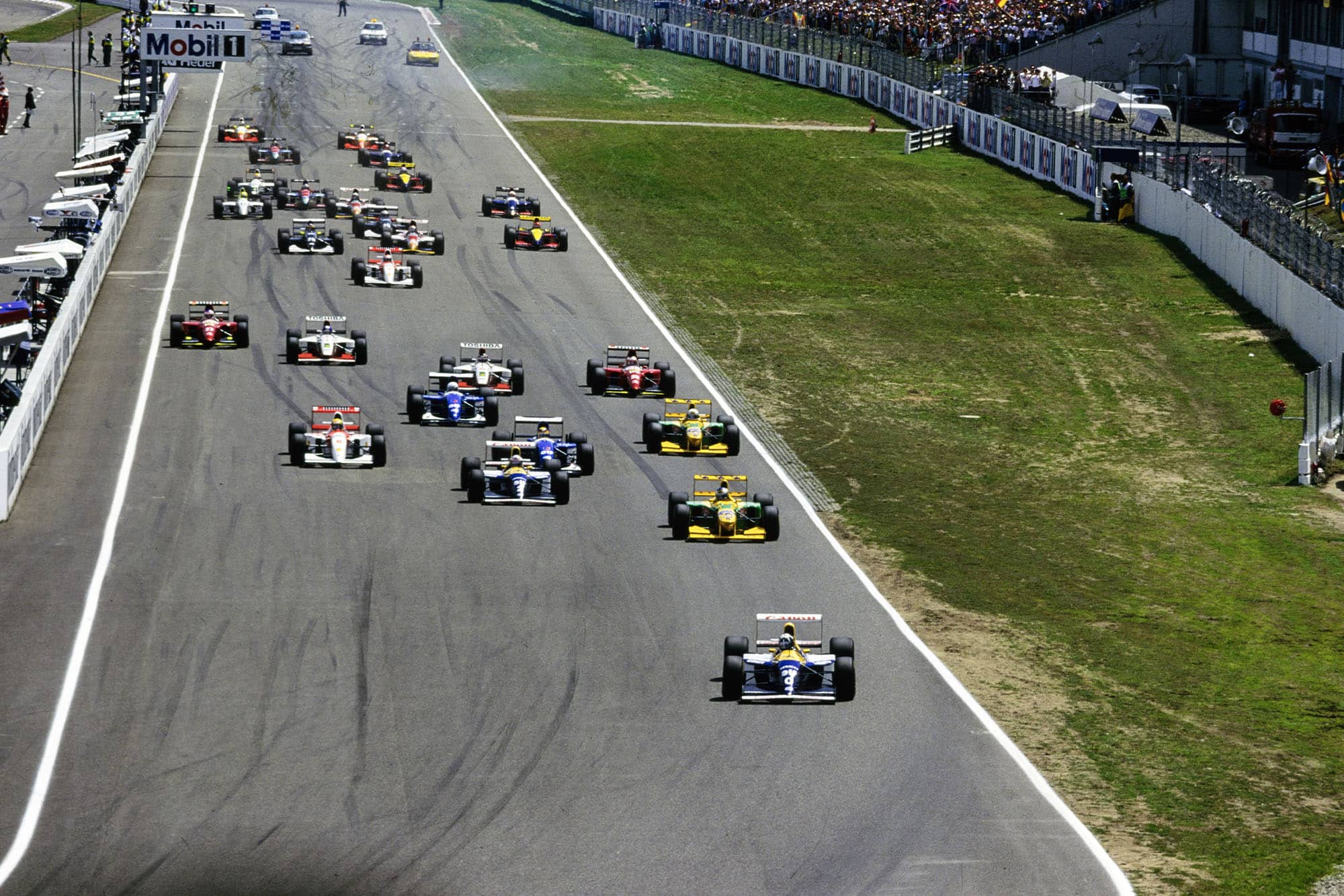 Damon Hill leads the start of the German Grand Prix[/caption]