In Hungary, the early baths of his principal rivals gave him what in retrospect was a cakewalk to his maiden victory. In Belgium, he proved that he could do it under pressure. And in Monza, as he completed the only GP hat-trick ever scored by an F1 driver in his first full season, Damon Hill proved that he can also win with a bit of luck and after fighting back from adversity.

Alain Prost went to Monza determined to take the eighth victory of his season and thus to clinch his fourth World Championship, and he began his campaign well enough by taking his 12th pole position from the 13 races. Hill was close behind in second place, as usual these days, convinced that if he had not inadvertently ventured out on to the track at the very moment that the other 25 cars were all also using it, he might have given his partner a better run for his money. But now the two have subtly swapped roles. Initially it was Prost who made bad starts and Hill who led but suffered lack of reliability. Now, however, Prost finally seems to have his starting technique down to pat (in races, at least) and as the green lights blinked at three o'clock that afternoon in Monza he spurted down to the Rettifilo in first place. 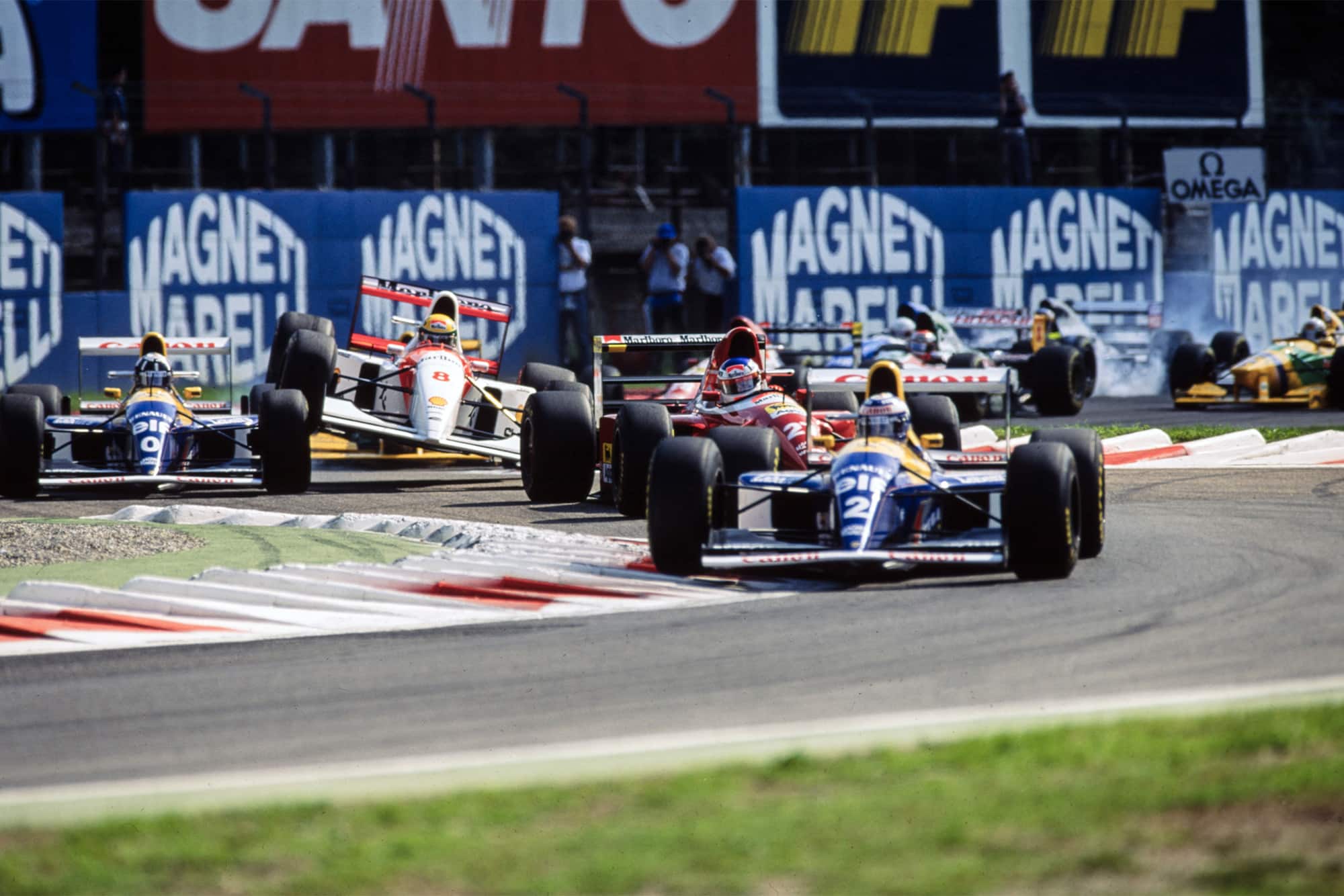