Michael Schumacher didn't look particularly tired, but then he never does. The man Martin Brundle describes as the fittest racing driver he has ever seen was chipper enough on Sunday morning in Estoril, even if he was not desperately sanguine about his chances in the Portuguese Grand Prix. Twelfth fastest time, a full two seconds adrift of Damon Hill's at the head of the morning warm-up timesheets, was not what he had envisaged after spending all night trying to work out just why his Benetton B193B refused to work properly all through qualifying. It leapt from bump to bump, and handled inconsistently, and he lined up only sixth, behind the Williamses, the McLarens. and Alesi's Ferrari.

The knowing whispered conspiratorially of four-wheel steering which was being tried secretly but didn't work, but Benetton had only one set of parts to convert its cars, and all along intended to do so only for the post-race test that followed, but even had it been fitted in qualifying, it is just conceivable that it would have been taken off on Friday night when it first became apparent that the green and yellow car was, for some reason, not working anything like as effectively as we have come to expect since Monaco. 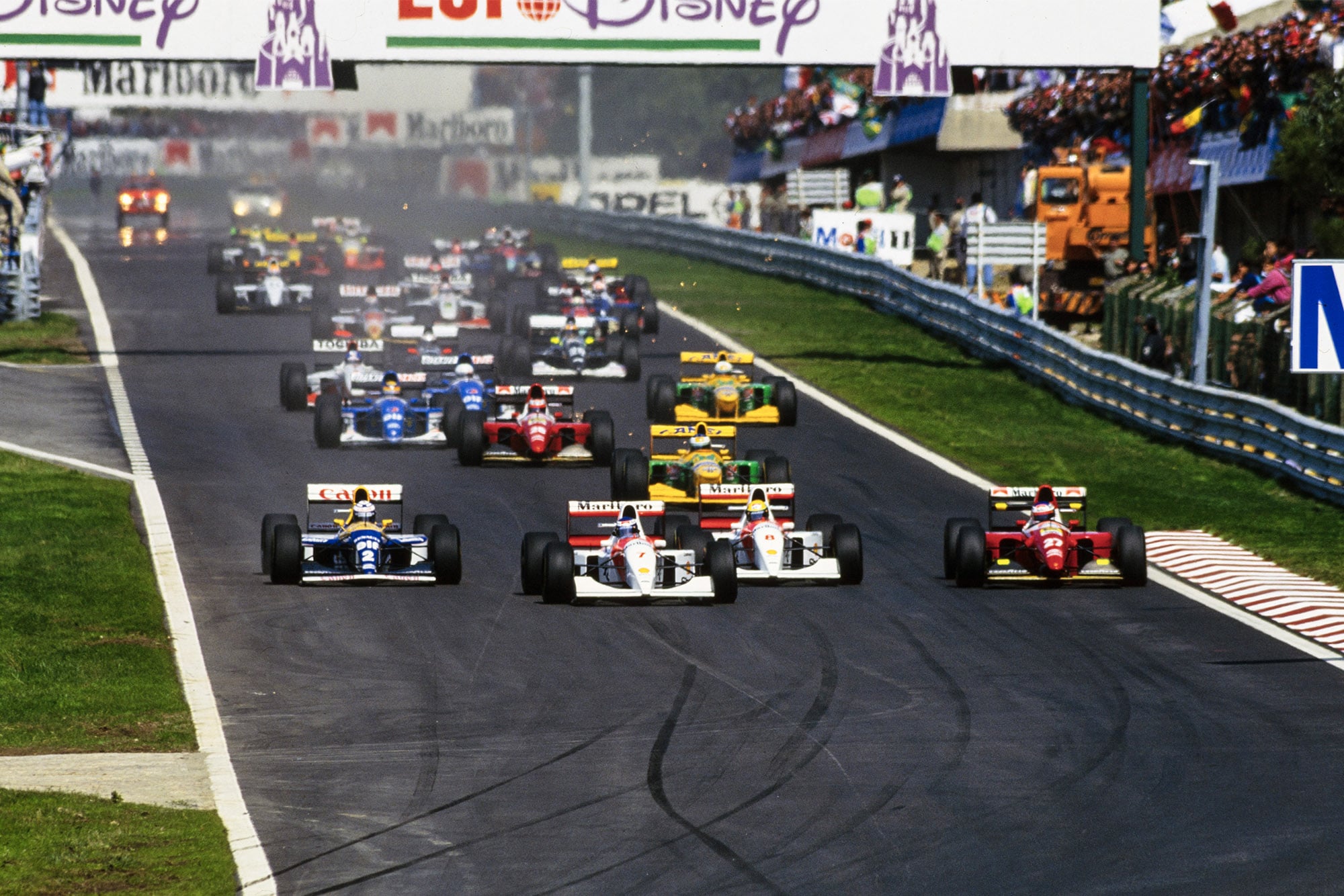