In the end, the Brazilian Grand Prix went against all expectations. Few would seriously have bet against the chances of Ayrton Senna, on his homeground, and the Williams-Renault. Even less so if you gave full credibility (and there was every justification to) to stories that the Brazilian had actually lapped Imola in recent testing another six tenths of a second quicker than Michael Schumacher. The German had achieved 1m 21.08s to set what was believed to be the fastest time in the final big test before the Grand Prix, but Williams personnel just smiled knowingly when you asked them if it was true that Senna had actually done 1m 20.6s, measured at a different point on the course than the accepted start/finish line.

In qualifying Senna had duly been fastest, the gap between him and Schumacher seesawing. It would be wider in free practice, only to close again in each qualifying session, but if you were Brazilian you had little to worry about. The local hero had taken the 63rd pole position of his career land was pleasantly surprised to receive an official award for the first time to reflect that effort) and all was well. 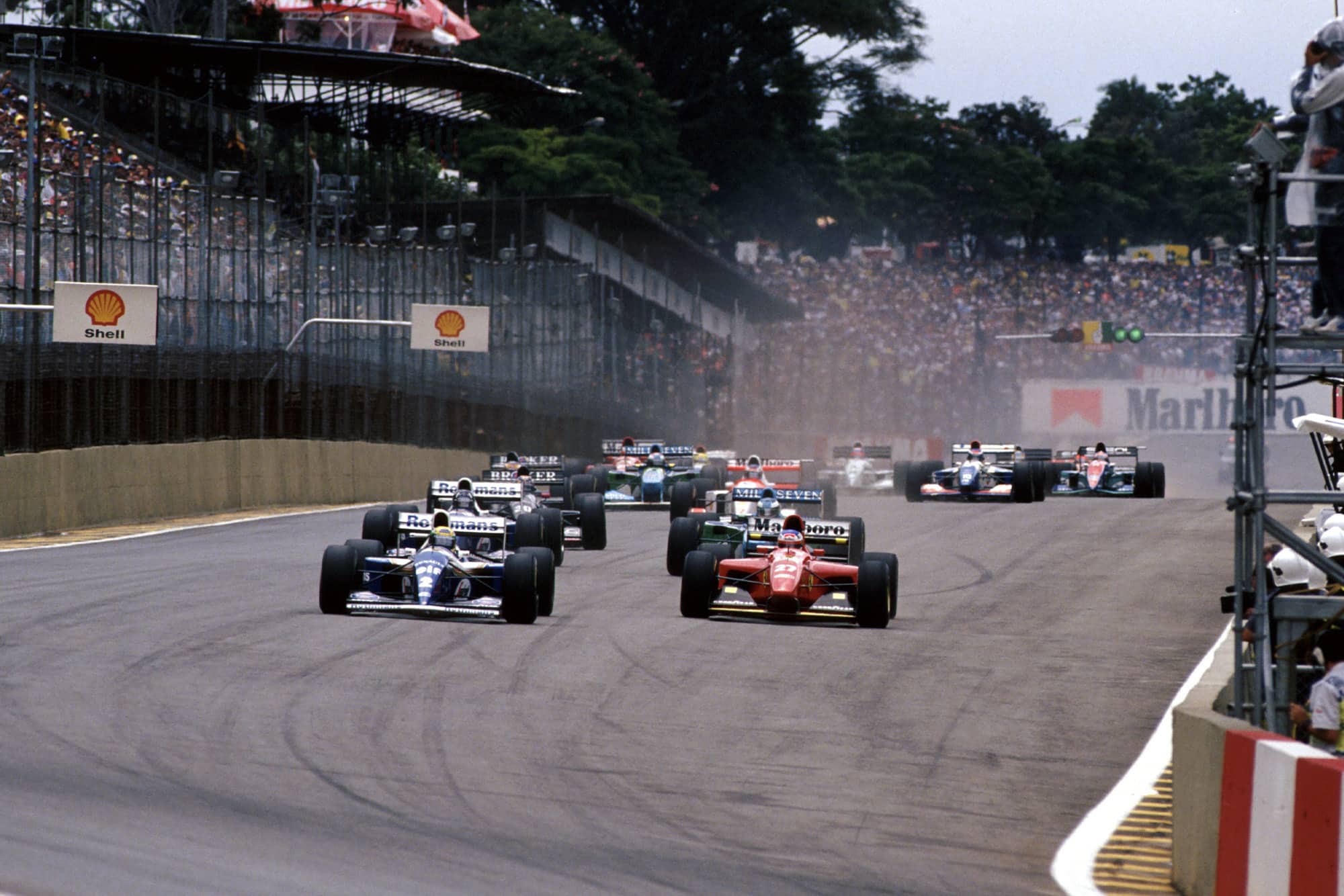