The death of Ayrton Senna, following so closely on that of Roland Ratzenberger in qualifying the previous day stunned the Formula One fraternity in Imola, in precisely the way that Jim Clark's at Hockenheim in 1968 did. At the end of the most traumatic weekend in Grand Prix racing's history since Spa in 1960, shattered teams packed away their equipment, still barely able to comprehend the enormity of the tragedies that had befallen them on a weekend that had initially promised so much.

In the end it mattered not that Michael Schumacher had extended his World Championship score, nor that he, Benetton and Ford had achieved the hat-trick. Not that Nicola Larini had opened his championship points score at last with a fine second place. Nor that third was the gripping subject of a race-long duel between Mika Hakkinen, Karl Wendlinger, Ukyo Katayama and a recovering Damon Hill who had been brushed out of third place in a brief clash with Schumacher on the opening lap. 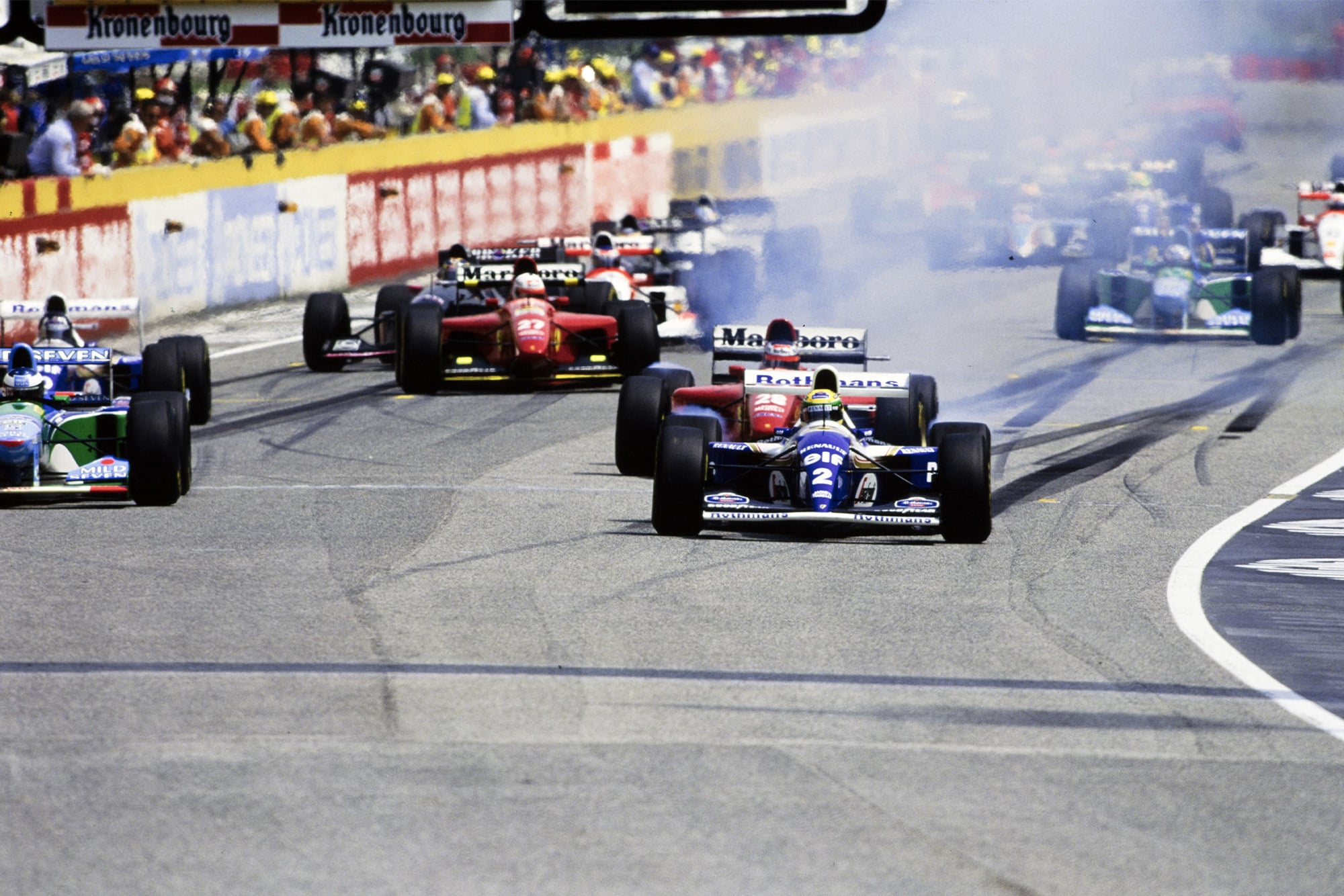 The start of the race[/caption]