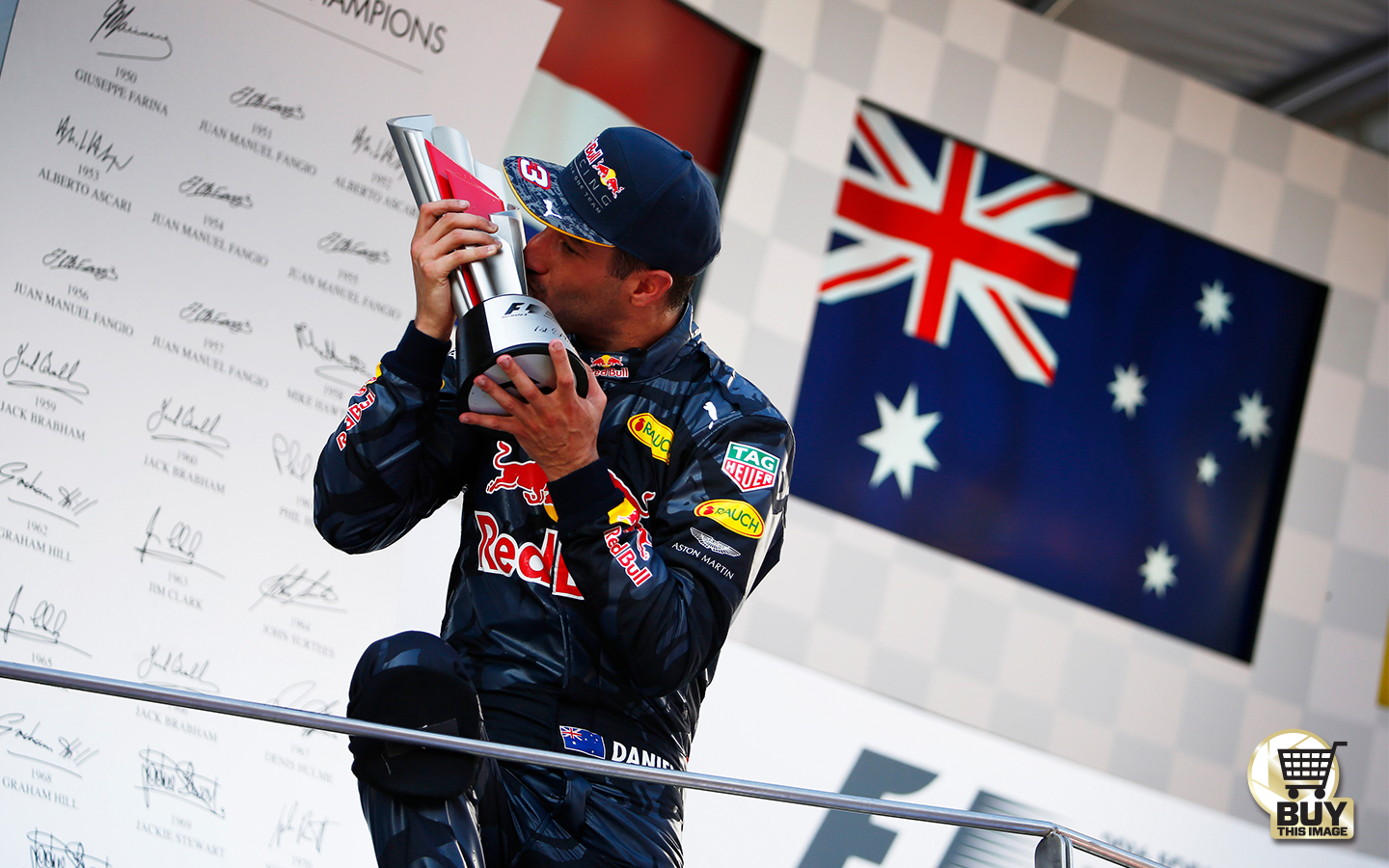 Daniel Ricciardo clowned, gurned and grinned, played to the crowd, drank his champagne from his boot – made everyone else up there with him do the same. And the whole place shared his delight. It had been a great race, with twists and turns, drama, classic wheel-to-wheel action that had decided the race and tense strategy battles that threatened to do the same. “Wow Daniel,” said Mark Webber of Malaysia Multi 21 fame, by poetic co-incidence the podium host, “I thought it was going to be ‘Multi 33’ there,” a reference to the see-sawing battle between Ricciardo and Red Bull team-mate Max Verstappen, who had to settle for second. Their turns 4-5-6-7 dice turned out to be for the win when Lewis Hamilton’s race-leading Mercedes blew its engine just moments later. “It went the other way in Monaco,” said Ricciardo about his stolen victory over Hamilton there, “so I’ll take this today. No hard feelings to Lewis, but I’ll definitely take it. It’s been an emotional two years since my last win.”

A race like that, well it brings out the emotions. In everyone, especially the participants for whom this is their world and for whom the stakes are high – but also the fans. So Hamilton’s Mercedes engine blowing as he was flat-out in the process of building up a pit stop’s worth of margin over the strategically advantaged Verstappen, thereby throwing a heavy anchor out on his voyage to a third world championship was very emotional – for Mercedes and, especially, for him. Then, with microphones thrust in front of him, adrenaline still coursing, heart at his heaviest, he said some things potentially embarrassing for his team but which he undoubtedly truly felt in that moment. It was raw, honest and his misgivings had a certain logic too. “Something doesn’t feel right. I just can't believe that there's eight Mercedes [engined cars] and only mine are the ones that have gone this way. Something just doesn't feel right. It was a brand new engine. It's just odd. There's been like 43 engines for Mercedes [this year] and only mine have gone.”