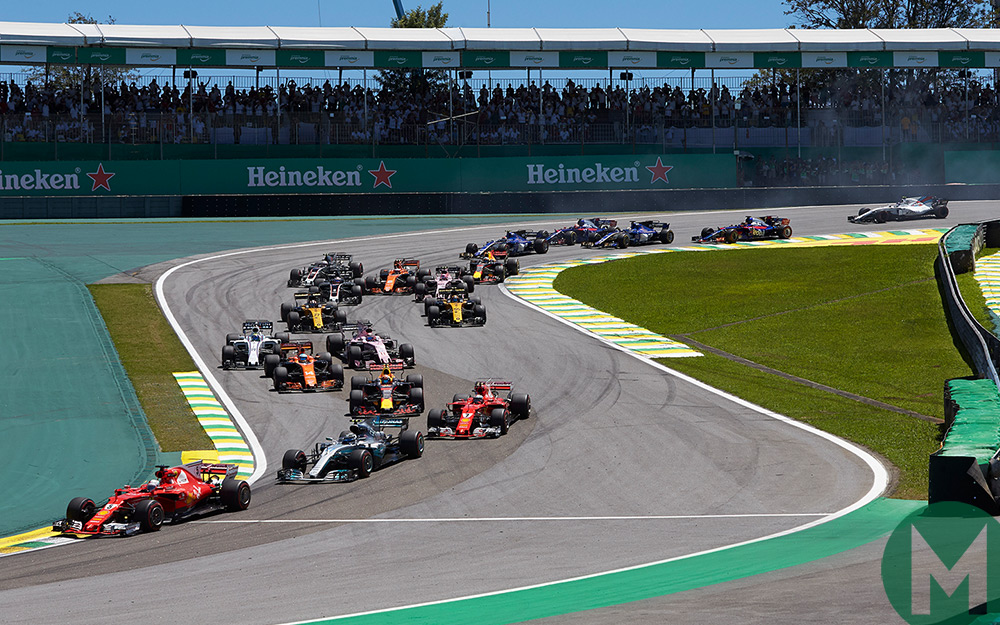 Sebastian Vettel bounced into the pre-podium green room with a lightness of being, of knowing he’d made the difference on this day. Valtteri Bottas walked into it with dignity but disappointment, head down, eyes dead, polite handshakes before walking on to some solitary place. With Lewis Hamilton starting from the back and Bottas sitting on pole, it had been Valtteri’s for the taking. Right up until the moment the race started, in fact.

But he was always going to have to fight for it. Even from pole it was never going to be easy. Interlagos could hardly have been better configured to precisely balance the relative strengths and weaknesses of the Ferrari and Mercedes. Two short power sectors sandwiching a much longer downforce sector – with the total combined lap time spent in sectors one and three almost exactly that spent in two. The Ferrari was around 0.5sec faster than the Mercedes through the downforce sector and 0.5sec slower in the combined power sectors.