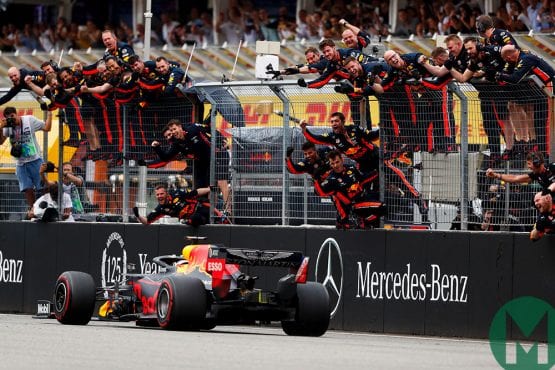 Max Verstappen is cheered by his Red Bull team as he completes his fine win of a dramatic German Grand Prix Photo: Motorsport Images

A hazy, crazy, race where five pitstops were the norm; guessing and second guessing. Pressing or not pressing, trying to keep the thread of your race going without getting onto the final corner run-off skating rink – for that was the graveyard of hopes and dreams. Especially those of Mercedes having a 125-year celebration that ended up more of a costume drama wake.