Ferrari insisted no risks would be taken with reliability, and the gearbox would be changed if necessary to give Leclerc the best chance of scoring points. But after checks on Saturday night and Sunday morning, the team was confident that wouldn’t be necessary, as no damage could be seen. The message was clear: “The Monégasque driver will start today’s race from pole position, as per the qualifying result.” 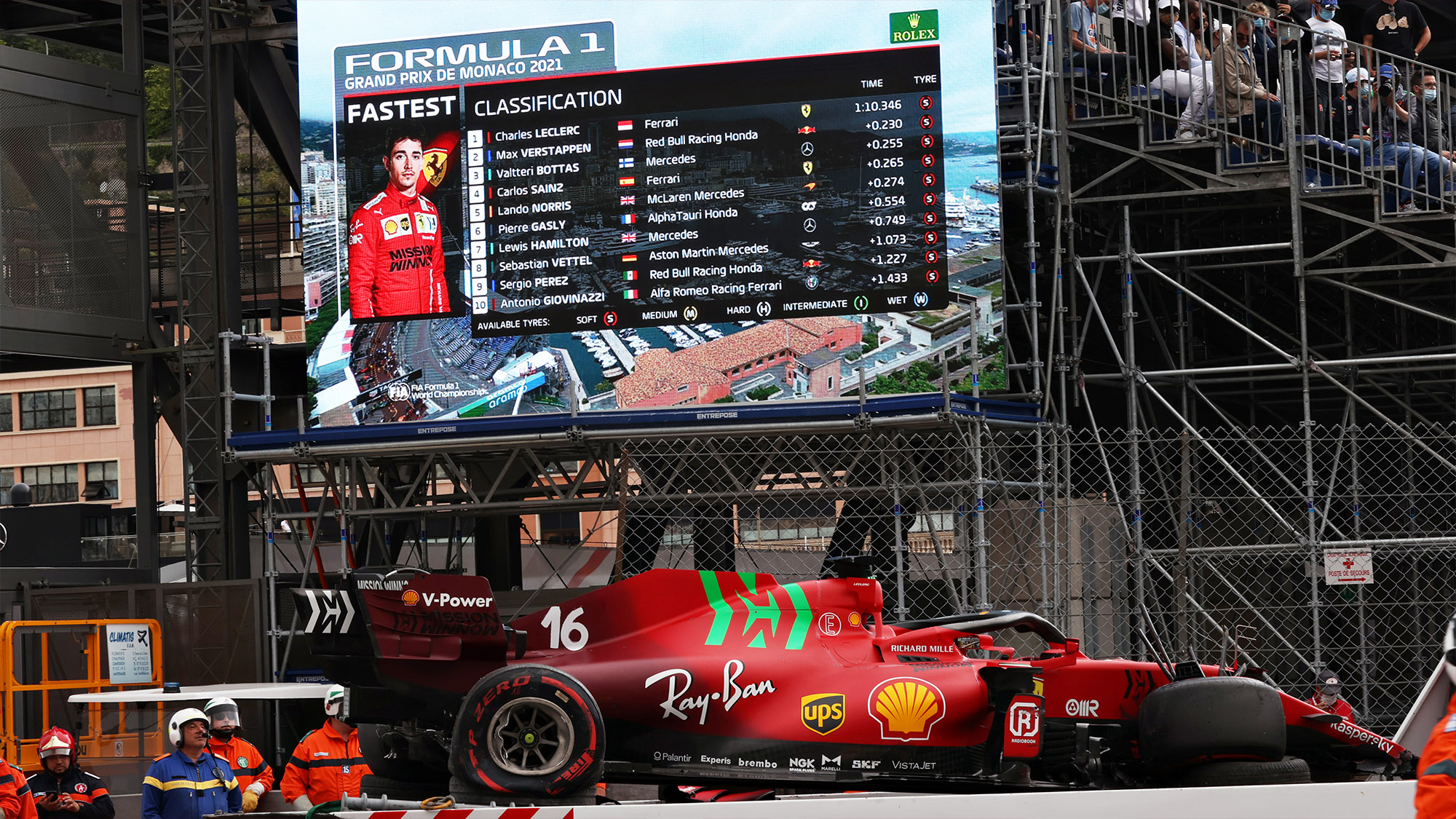 Back in 1988 I covered the Monaco F3 race and met the late Hervé Leclerc, nine years before Charles was born. He finished eighth, just behind Damon Hill and Martin Donnelly.

Mentioning it to an amused Leclerc a couple of years back, he asked if his old man, a huge Senna fan, was any good! He talked about later sitting with his Dad in their Monaco apartment watching F1 and cheering on the Ferraris. Always the red cars. And how it was one of Hervé’s life’s ambitions to see Charles race at Monaco.

Four days before it was going to happen, in F2 in 2017, Herve, suffering from terminal cancer, was placed into an induced coma. Charles took pole, which moved him to tears, and was dominating the race until he pitted under a safety car and had a wheel problem. He had desperately wanted to win and dedicate it to his Dad. He sat with his head in his hands for a very long time.