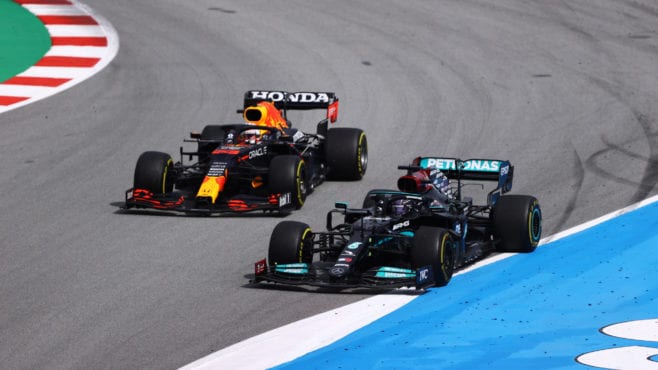 If you were watching the Spanish Grand Prix and thinking it was a movie you had seen before, you’d be right.

A Red Bull leading on a track that overtaking is particularly difficult on, and Mercedes opting to put Lewis Hamilton on an alternate strategy with a big gap to close down in the second part of the race. In Hungary 2019, Hamilton cleared Max Verstappen with four laps remaining; it all played out a little bit earlier this time round.

Qualifying had been extremely close as Hamilton took his 100th pole position by 0.036sec, but the margins were even tighter into Turn 1 as Verstappen got the better launch but barely had an inch of his car alongside as the pair hit the brakes for the first corner. It was a crucial moment and in true Verstappen style he was never backing off, throwing the Red Bull to the apex and forcing Hamilton to yield.