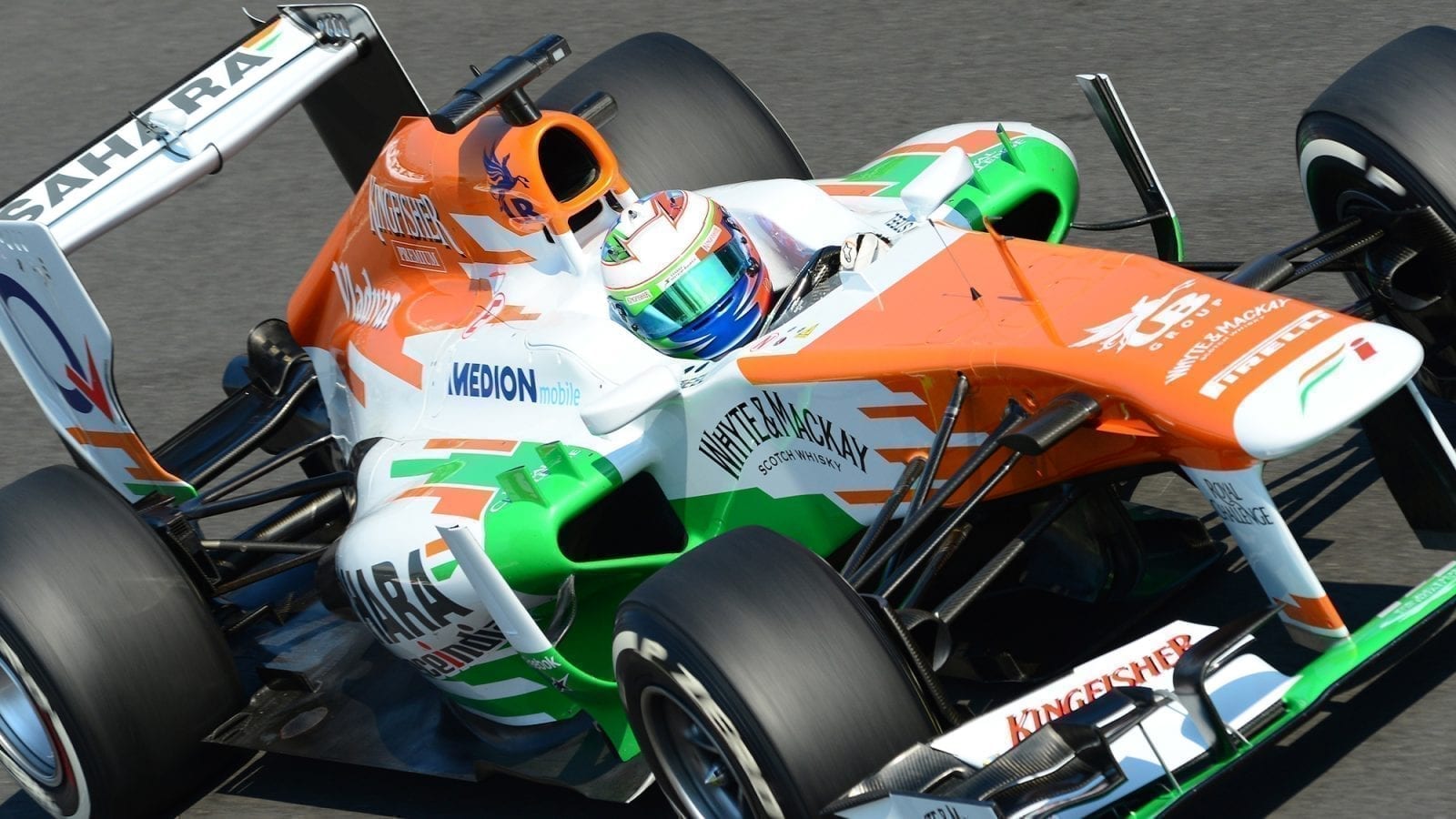 The team formerly known as Jordan Grand Prix had a confused identity in the years immediately after founder Eddie Jordan decided to sell. Midland gave way to Spyker before entrepreneur Vijay Mallya acquired the Silverstone-based concern in 2008.

Renamed Force India for that year’s Formula 1 World Championship, it was the 2009 Belgian Grand Prix before the re-branded team scored a point. However, that was some turnaround with Giancarlo Fisichella qualifying on pole position and finishing second behind Kimi Räikkönen’s Ferrari. That was a rare day running with Formula 1’s grandees however although Sergio Pérez did finish third in the 2014 Bahrain, 2015 Russian, 2016 Monaco, European and 2018 Azerbaijan GPs.

Subrata Roy Sahara acquired a stake in the team in October 2011 but, as with many of its midfield rivals, keeping a modern F1 team afloat was a constant concern. The team was placed in administration in July 2018 and was acquired by a consortium led by Canadian businessman Lawrence Stroll. It was renamed Racing Point Force India for the rest of the season and became Racing Point in 2019.