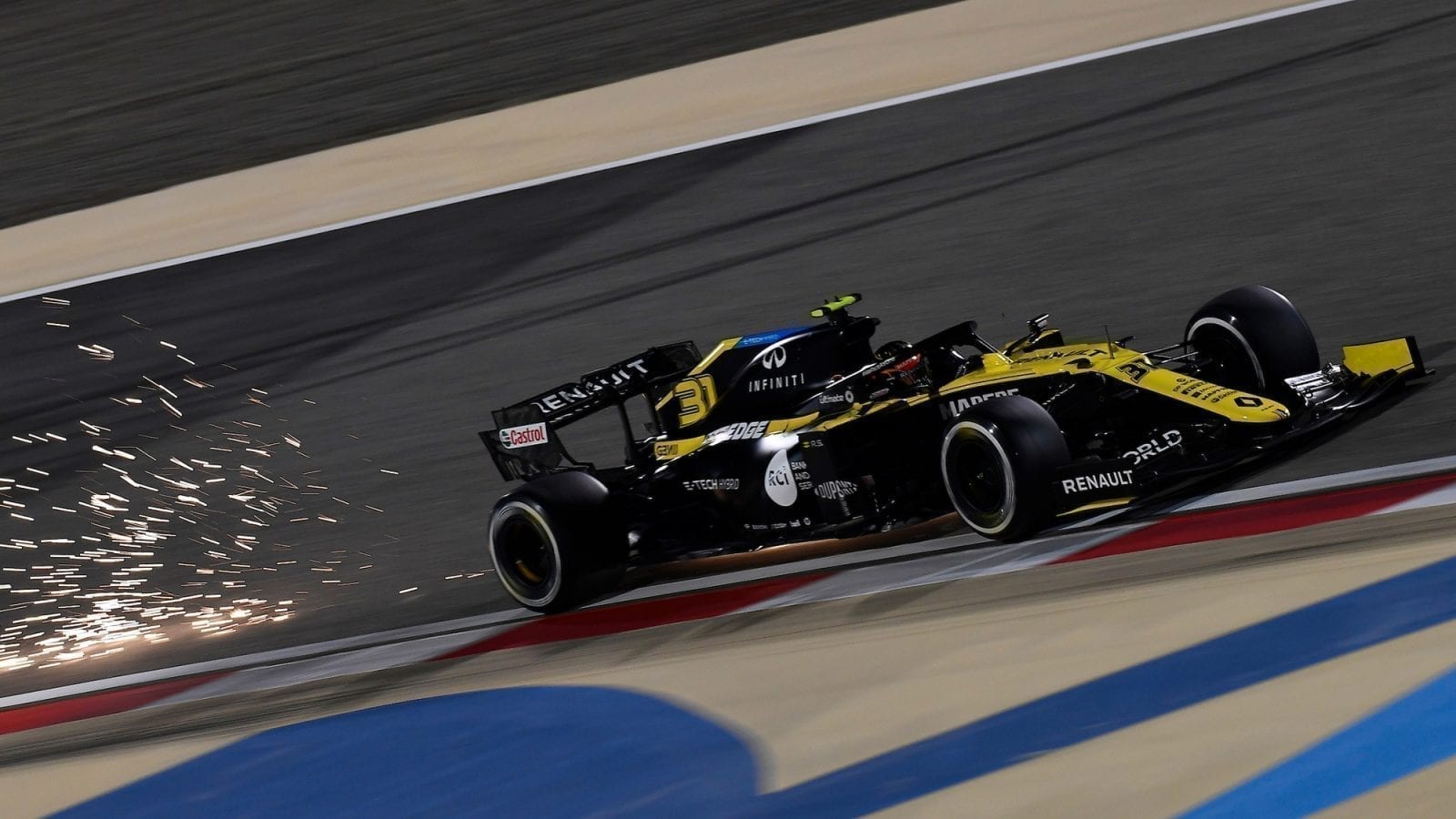 The history of Renault in Grand Prix racing stretches back to the very first such event. Hungarian Ferenc Szisz’s Renault AK won the 1906 Grand Prix de l’Automobile Club de France on the roads outside Le Mans to claim a unique place in the sport’s history. Szisz finished the 1907 race in second place but it was 70 years before the company’s next major dalliance with what was now Formula 1.

When Renault entered the F1 World Championship in 1977 the company adopted a unique approach that would eventually revolutionise the category. Rather than follow the prevalent 3-litre normally aspirated route, its new Renault RS01 car was powered by a 1500cc turbocharged engine when it made its debut in the 1977 British GP at Silverstone.

Initial reliability issues and poor handling were gradually overcome and Jean-Pierre Jabouille eventually scored the marque’s first victory in the 1979 French GP – team-mate René Arnoux coming third after his famous wheel-banging dice with Gilles Villeneuve’s Ferrari. Arnoux and newcomer Alain Prost were the class of the field by 1982 but a sustained challenge was thwarted as too many mechanical failures continued. Prost finished as championship runner-up in 1983 but the next two seasons saw the team in decline and it withdrew after the 1985 campaign. It may not have won the World Championship during the turbo era (finishing as Constructors’ runner-up in 1983) but Renault was the pioneer.

It continued as an engine supplier until 1986 and again between 1989 and 1997 with normally aspirated units – winning six successive Constructors’ title with Williams and Benetton during that time.

Renault returned to F1 in 2000 after buying the Benetton team for a reputed cost of $120 million. Entered as Benetton-Renault for the next two seasons, the Enstone-based concern was officially branded Renault from the 2002 campaign. Fernando Alonso gave the marque its first F1 victory in 20 years when he won the 2003 Hungarian GP and better was to come. Alonso scored back-to-back World Championships in 2005 and 2006 with Renault Constructors’ Champions on both occasions.

A majority stake in the team was sold to Gérard Lopez’s Genii Capital group and the team was officially renamed Lotus Grand Prix from the 2012 season. The company also supplied engines to Red Bull Racing at that time who won both the Drivers’ and Constructors’ titles from 2010 to 2013. That run of success was brought to an end by new 1.6-litre turbocharged rules in 2014 with Mercedes-Benz to the fore.

Renault returned as a works team in 2016 having re-acquired the Enstone-based team from Genii at the end of the previous season. The late start to the project and depleted technical resources meant the new Renault RS16 was an uncompetitive machine and the team only finished ninth in the standings.

Cyril Abiteboul replaced Frédéric Vasseur as Team Principal before the 2017 season and the team climbed to sixth in the constructors’ standings with four sixth-place finishes its best results. Fourth overall in 2018, Daniel Ricciardo was fourth in the 2019 Russia GP.

A podium finish continued to elude the team until 2020 when Ricciardo finished third in two races, while team-mate Esteban Ocon finished second amid the dramatic final laps of the Sakhir Grand Prix. Despite the success, the team could only finish fourth in the Constructors’ Championship.

Renault disappeared from the grid once again in 2021, as the company rebranded it as Alpine, its relaunched sporting brand. It was the end for Abiteboul too, who left the team along with Ricciardo. Its future now lies with the returning Fernando Alonso and Davide Brivio: MotoGP’s most successful team manager, who led Yamaha and Suzuki to titles.