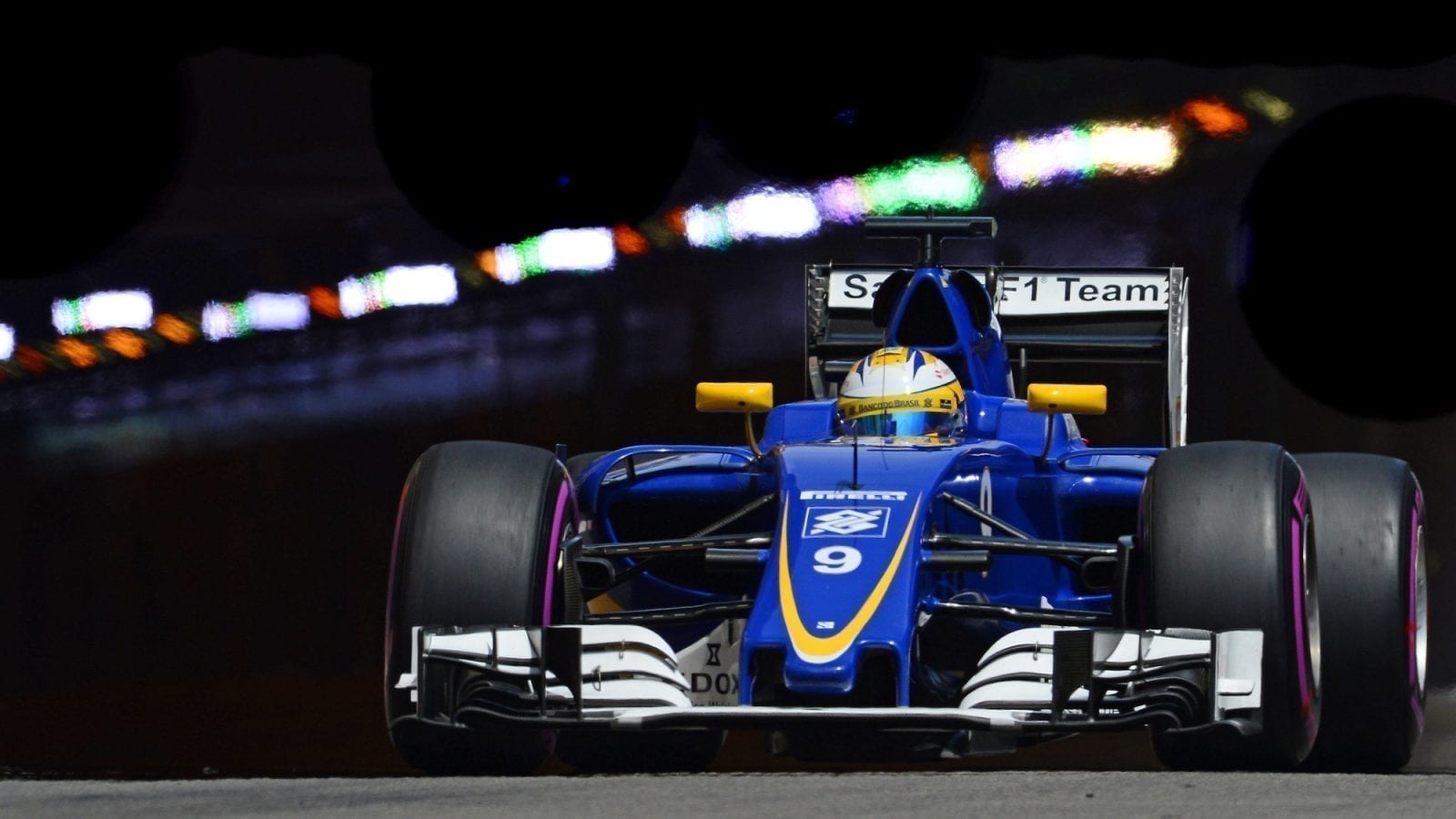 Peter Sauber sold the family business (that manufactured traffic lights) so that he could start building cars for the Swiss Hillclimb Championship. Sports cars followed in the mid-1970s and Herbert Müller won the 1976 Interserie with a Sauber C5-BMW.

It was an engine deal with Mercedes-Benz that transformed Sauber’s fortunes from 1985. Mike Thackwell and Henri Pescarolo won the following year’s Nürburgring 1000Kms and the team challenged Jaguar for the world title two years later. Winners of the 1989 Le Mans 24 Hours and World Champions that year and the next, Formula 1 was next on the horizon.

Sauber made its F1 debut at the 1993 South African GP – JJ Lehto finishing fifth that day. With Mercedes-Benz forging a long-term partnership with McLaren, Sauber switched to works Ford units in 1995 and Heinz-Harald Frentzen finished third in Italy. The team were powered by Ferrari engines from 1997 and Jean Alesi qualified for the 1998 Austrian GP on the front row only to crash out of the race.

BMW bought Sauber in 2006 and officially renamed it BMW Sauber F1 Team. Robert Kubica – a star in the making – won the 2008 Canadian GP but BMW decided to withdraw from the sport at the end of the following season when victim to the worsening world economy.

Back at the helm once more, Sauber spent the next years struggling to finance a midfield F1 team. There have been occasions when they appeared on the verge of repeating Kubica’s success – most notably when Sergio Pérez finished second in the 2012 Malaysian GP. Only a half spin while closing on Fernando Alonso’s Ferrari denied victory.

Peter Sauber semi-retired in October 2012, handing Team Principal duties to CEO Monisha Kaltenborn. It was sold to Longbow Finance, a Swiss investment company, in 2016 and Frédéric Vasser replaced Kaltenborn during the following year. Sauber had used Ferrari engines since BMW’s withdrawal and the ever closer technical partnership with the Fiat-owned marque led to sponsorship from Alfa Romeo in 2018, with the cars officially rebranded for the 2019 campaign.