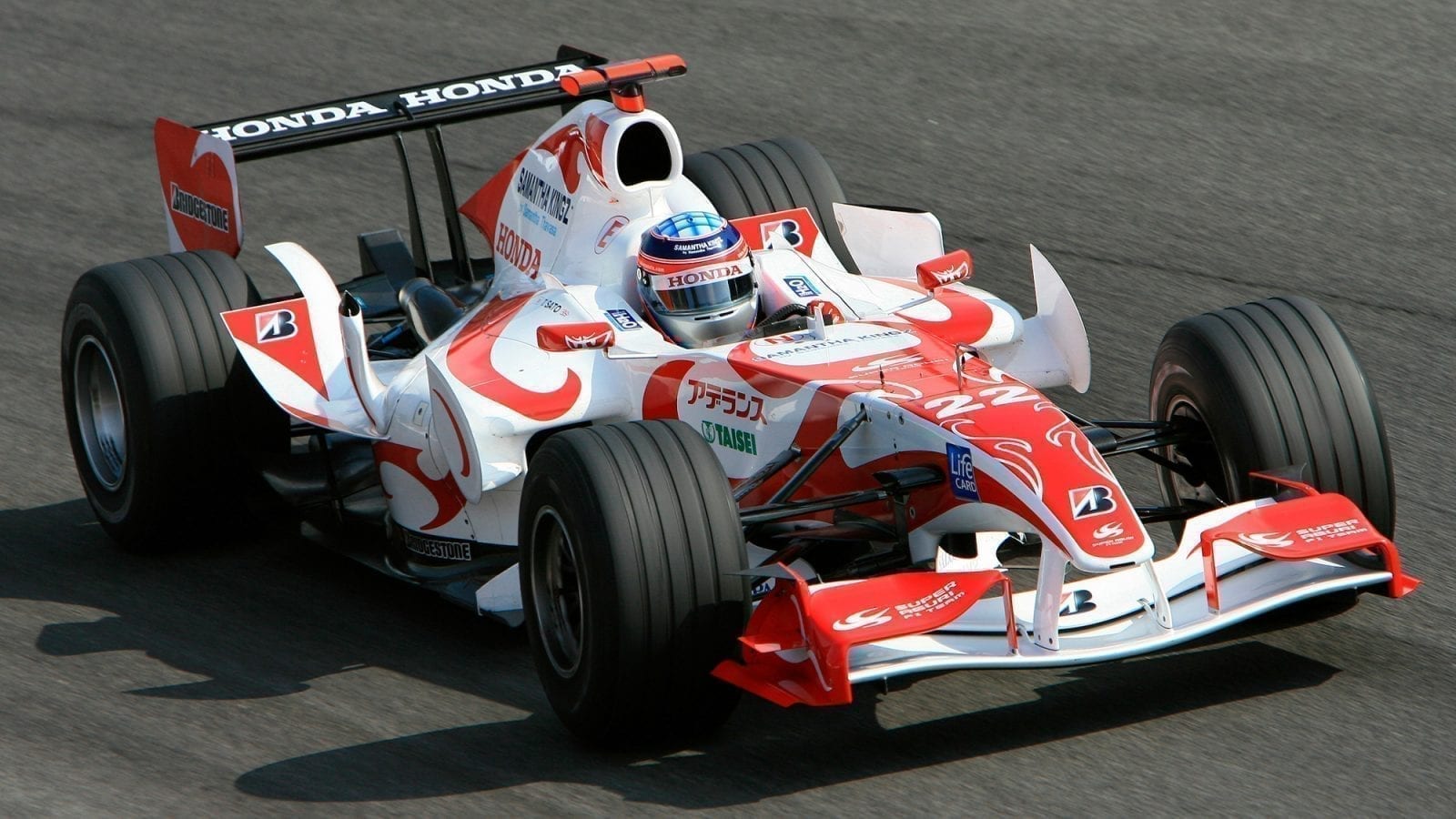 Having just bought British American Racing, Honda replaced Takuma Sato with Rubens Barrichello for the 2006 season. Rather than face a backlash at home, the company backed Formula Nippon team owner and former Formula 1 driver Aguri Suzuki to enter the World Championship with Sato as his lead driver. The experienced Daniele Audetto was hired as Managing Director and the disused Arrows factory at Leafield was leased.

With just six months before the new season, Super Aguri F1 acquired four Arrows A23 monocoques from Paul Stoddart which Chief Technical Officer Mark Preston and designer Peter McCool adapted to 2006 rules and Honda power. It was a challenging campaign and second driver Yuji Ide had his super license revoked after four unimpressive races. Sato’s tenth-place finish in the final race at Interlagos was Super Aguri’s best result of 2006.

It was better prepared for its second season when the new Super Aguri SA07-Honda prompted accusations that it was merely a repackaged 2006 Honda. Joined by new team-mate Anthony Davidson, they qualified in the midfield at the start of the year and Sato scored points on two occasions including finishing sixth in Canada. However, Super Aguri’s competitiveness waned as the tight budget told, especially after promised sponsorship monies failed to arrive.

With Honda less inclined to support a second team, Super Aguri’s continued involvement was placed in question when proposed new investment fell through on the eve of the 2008 season. Sato and Davidson started the first four races of the season among the backmarkers before Super Aguri withdrew from F1 and closed its doors. Suzuki continued as a team owner in other categories including in the all-electric Formula E single-seater series.