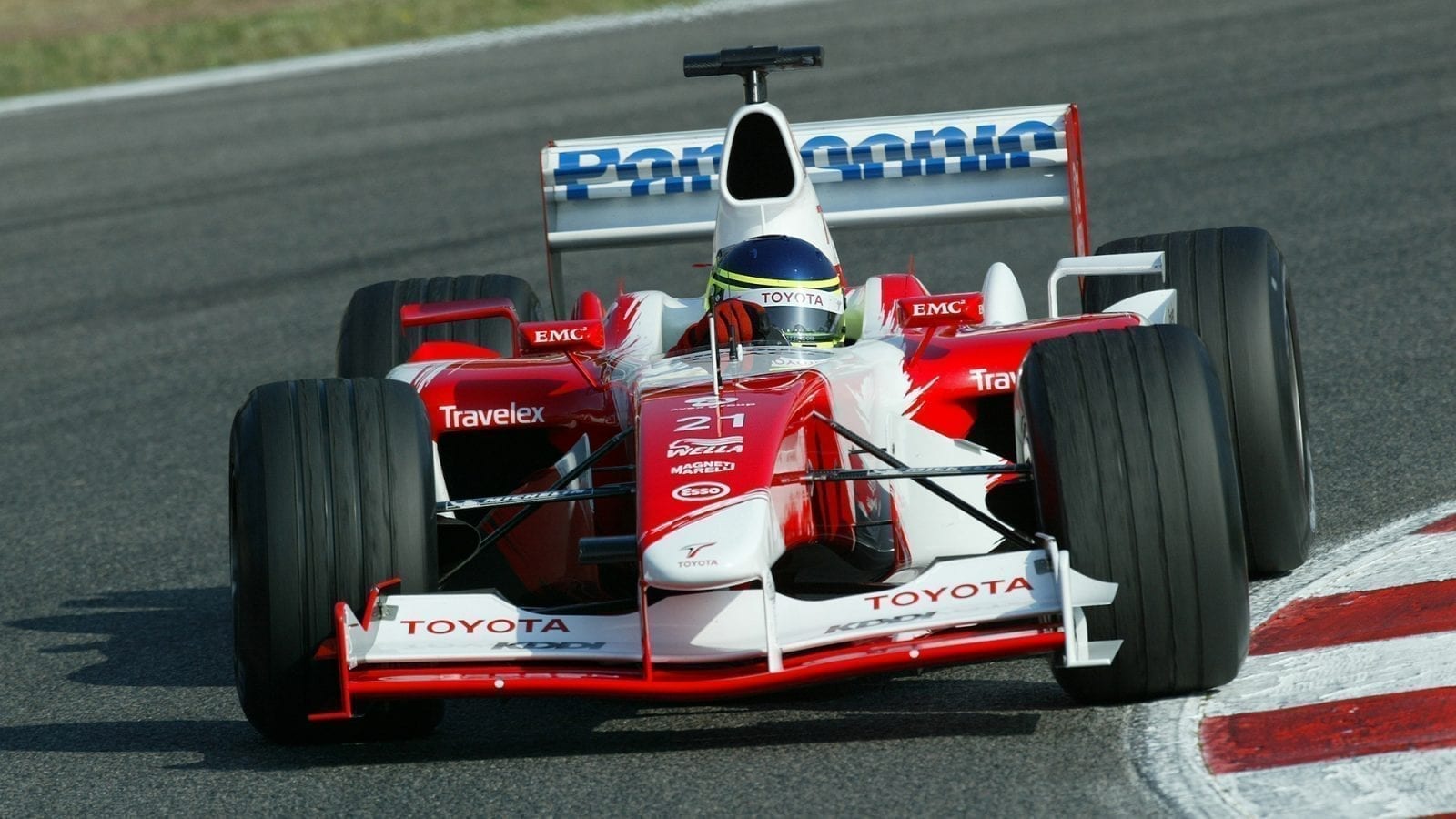 Having already been successful in the rally and sports car world championships, Toyota Motorsport in Cologne switched its attention to Formula 1 following its announcement in 1999. Under the direction of former rally driver Ove Andersson until his retirement in 2003, Toyota hired Gustav Brunner as chief designer and Mika Salo and Allan McNish as test drivers. An extensive development programme was carried out during 2001 and Toyota was among the best prepared and best funded new F1 teams in history.

Salo finished sixth on the team’s debut at the 2002 Australian Grand Prix and repeated that result in Brazil although those were the only scores of a generally disappointing campaign. Both drivers were replaced for 2003 with Olivier Panis and reigning Champ Car champion Cristiano da Matta the arrivals. They ran 1-2 during the chaotic British GP and scored a double points score in Germany. A disappointing eighth in the constructors’ standings that year and the next, Toyota turned to Mike Gascoyne as technical director in 2004.

Both race winners, Jarno Trulli and Ralf Schumacher were the drivers from 2005-07. 2005 was the team’s most successful campaign. Trulli qualified on the front row in Melbourne and scored podium finishes at three of the next four races – including second in Malaysia and Bahrain. He qualified on pole at Indianapolis but the Michelin runners all withdrew after the parade lap due to Schumacher’s heavy practice accident on the banking. The German scored points in all-bar five races as Toyota climbed to fourth overall.

However, that was as close as it would come to victory and Gascoyne left the team when the 2007 car proved disappointing. The team finished sixth overall for the second successive season. Schumacher was released to be replaced by new GP2 champion Timo Glock who finished second in the 2008 Hungarian GP. It was Glock’s Toyota who Lewis Hamilton passed on the last lap to clinch that year’s World Championship.

The team began 2009 by scoring podium finishes in three of the opening four races and the cars qualified 1-2 in Bahrain. Glock finished second in Singapore and Trulli repeated that result next time out in Japan but the economic recession had already taken its toll. Arch-rival Honda had quit F1 at the end of 2008 and Toyota followed suit on 4 November 2009.

It returned to sports car racing in 2012 with the LMP1 Toyota TS030 Hybrid and won the title in 2014. Cruelling denied victory on the penultimate lap of the 2016 Le Mans 24 Hours, Toyota has dominated the category in recent years. World Champions again in 2018/19, it finally won Le Mans in 2018 and 2019 with Kazuki Nakajima, Sébastien Buemi and Fernando Alonso behind the wheel of the winning car.