TN the last Editorial which graced this page we pointed to the need to plan now for the future of the Sport and expressed the hope tliat after we have won the war motoring in all its forms might be more favourably viewed in high places and influential circles than it has been up to the present in this country. There is no harm in spending some of the limited time during which we relax from our war labours in discussing and planning the shape of things to come in our world, nor is there anything unpatriotic in occasionally coming together that old friendships and enthusiasms are not allowed to die out. However, more than that we must not attempt until our endeavours in other directions have resulted in Victory. Then we should act quickly, every one of us, to secure better motoring conditions. Writing protesting letters to the daily Press and addressing one’s local M.P. may seem petty, but if results can thereby be achieved let us swallow any false pride we may possess in this direction. Lower taxation rates, fairer motoring legislation and better roads have been long overdue. A very big proportion of persons in this country holds its private motoring in exceedingly high esteem, as witness the numbers amongst one’s friends and business acquaintances who intend to re-license their cars for the April—June quarter, although only permitted petrol for some 80 miles’ driving in each month. After the war, when so many new conditions will be

pleaded, let us do all we can to secure a reasonable motoring state of affairs.

We have said that the Sport has negligible status and recognition outside technical circles, but there were pointers that this need not always be the case. The daily Press spent lots of money in sending special reporters to distant places for the purpose of reporting even quite small Continental races and took elaborate steps to ensure that the stories came through. The weekly motoring Press did likewise. Shelsley Walsh meetings were regularly put on the air by the B.B.C., as were the I.O.M. Motor-Cycle Races, and Brooklands, Donington and other venues have been the subject of proper broadcast commentaries. The Society papers began to give occasional motor-racing supplements, and a “Day at Brooklands ” featured in the more popular Picture Post. When a real International Grand Prix was held at Donington Park a quite respectable attendance resulted, and on the Continent the spectator-interest amongst ordinary citizens has long been very evident. Let us then do all we can, to the upper limit of our abilities, to swing the balance over and let the Sport and science of competition motoring take its rightful place in the twentieth century scheme of things after the war. The Government must not be allowed to forget the part the high-speed i.e. engine plays in modern warfare. 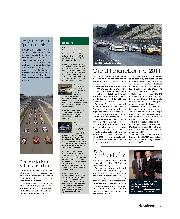 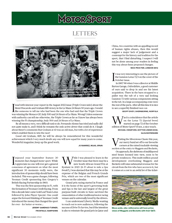 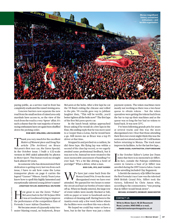 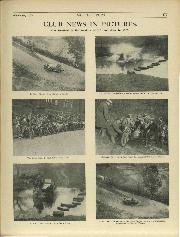 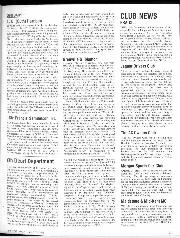 ERA Club This club for owners and supporters of the marque ERA are holding their Annual Dinner and get-together on March 9th at the Kensington Close Hotel in London. At…