It’s 40 years since Dr Harvey Postlethwaite created the first Hesketh 308 Formula 1 car for James Hunt. It was built in the stable block workshop at Lord Hesketh’s then stately home – now lost to the family – at Easton Neston near Towcester. At the BRDC International Trophy meeting at Silverstone on April 7 that year, James overcame a slipping clutch to score the car’s first win, beating Jochen Mass’s Surtees and ‘Jumper’ Jarier’s Shadow DN3.

Ronnie Peterson (right, with James pursuing) had retired in the latest Lotus 76, the intended replacement for the 72 that so disappointed Team’s race engineers. ‘Doc’ Postlethwaite was pleased as punch with the new Hesketh’s performance in James’s hands and I believe it was after that race meeting that he told me Hunt’s story about Ronnie Peterson, going into a local chemist’s and asking the assistant if they stocked deodorant.

In his sing-song Swedish accent, laid-back Ronnie replied, “Yust for my armpits…” 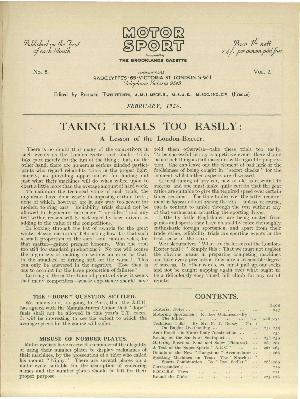 THE " DOPE " QUESTION SETTLED. We understand, on going to Press, that the A.C.U. has agreed with the Manufacturers' Union that " dope " fuels shall not be allowed… 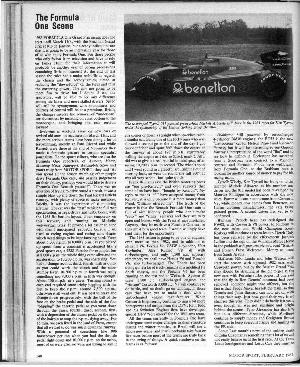 The Formula One scene

1983 Formula One Grand Prix racing does not start until March 13th, with the Brazilian Grand Prix at Rio de Janeiro, but already indications are that it is going to… 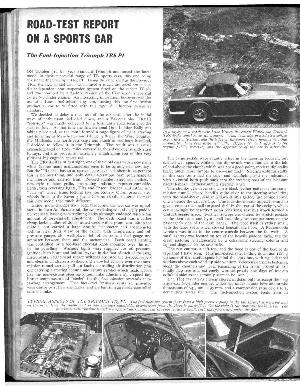 The Fuel-Injection Triumph TR5 PI On October 3rd last year Standard-Triumph announced the latest model in their successful range of TR sports cars, this one being christened the Triumph TR5… 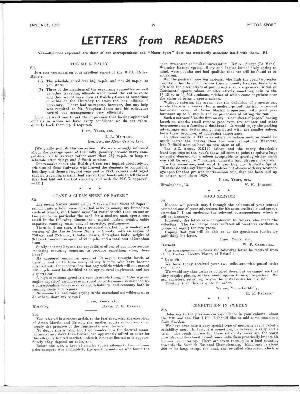 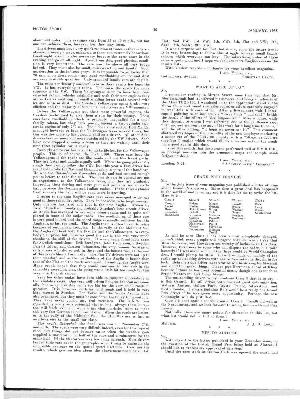 N.B. — Opinions expressed are those of our correspondents and "Motor Sport" does not necessarily associate itself with them. — Ed. The M.C.C. Rally Sir, Just two comments on your…