Gordon Murray on F1 changes and what he’d do if he was in charge.

“I don’t really like the direction F1 is taking at the moment; I think it’s quite false in some areas. I can understand completely the desire to create overtaking, but there were much more simple ways that had a technical background and not an artificial one. I do see the reasoning, though.

“In terms of the current direction and making it green – whatever that means in the world of F1 – I think it’s a load of rubbish. It really is. F1 is green by its very nature. You have a whole bunch of people trying to get the last gram of fuel to do the best amount of work.

“If you look at how engines have gone – certainly in the last two decades, maybe even the last three – everybody has changed and is now using twin-cam, four valves per cylinder, low friction coatings and stuff like that. That’s all going towards a greener formula. You don’t have to start bringing in engines that are closer to road cars. Dictating the number of cylinders is not F1 for me. In my opinion, that’s not the green direction they should be taking.

“A lot of the problems in F1, as I pointed out in the September 2012 issue of Motor Sport [left], are practical in terms of the spectator side of things. Just taking one thing at random – the front wing. Having massive front wings that go right out to the outside of the car just means a huge number of races are interrupted when someone’s wing is broken and there’s carbon all over the track. I’ve actually turned the TV off because of carbon on the track and the resulting safety car. It’s cobblers really; all you need is a decent-sized front wing! They’re trying to reduce downforce anyway…”

@Damien__Smith Hall of Fame was special last night: Prost, Brawn, McGuinness and Hunt were honoured. Thanks to all who made the night such a success.

@SportmphMark (Mark Hughes) I love that Lewis had a turbo fitted to his snowmobile to get used to turbo power delivery. Great excuse!

@Andrew_Frankel Interior of Porsche 910. Can you imagine 24hrs in here?

@matoxley So, Open riders will get softer rear slicks as did CRT riders last year. That’ll make the top guys even more scared of @AleixEspargaro!

@AnotherEdFoster If we’re looking for a silver lining with #F1 cars at the moment… At least they all look a bit different. #uglynoses

Most read this month

Inside the mind of Casey Stoner
by Mat Oxley

Webber’s farewell to Vettel and F1
by Damien Smith

The last time I saw John Button
by Mark Hughes

Mark Hughes
Has the Red Bull era come to an end?
Ross Brawn: “One of the big challenges is the cooling concept – which has to be hand in hand with the engine concept. For example: what air temperature are you going to target? Because of the fuel flow restriction, it doesn’t follow – like it did in the old days – that the cooler you keep the charge flow the more power you generate.”

Andrew Frankel
Let GT3 cars run at the Le Mans 24 Hours
Imagine the thunder of Bentley Continentals and Mercedes SLSs battling it out with screaming Lamborghinis and howling McLarens amid the Porsches, Ferraris, Astons and Corvettes that have dominated the category for years. It would provide an extraordinary spectacle.

Mat Oxley
Open season on the factory teams
Márquez’s ominous speed wasn’t entirely unexpected, whereas the pace of Aleix Espargaró on his Yamaha M1 had a few jaws dropping. The Spaniard’s best lap was less than half a second slower than Márquez and within a couple of tenths of factory Yamaha riders Valentino Rossi and Jorge Lorenzo.

Paul Fearnley
The new F1: part of a cycle of change
This recipe looks more promising than that which provided Jim Clark’s central ‘canvas’. And even he was wary of the worsening power/fragility quotient triggered by 1966’s ‘Return to Power’. It forced him to drive differently. Change confirmed his greatness. That same opportunity awaits Vettel, Alonso and Lewis Hamilton now.

Ferrari and McLaren have said that they will appeal the penalties given to Racing Point after it was found guilty of copying Mercedes brake ducts, following criticism that the punishment… 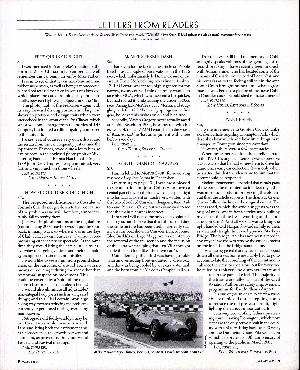 Sir, Thank you for the fascinating article on Pebble Beach. Just a couple of observations: in the 1956 race, which unfortunately led to the closure of the circuit, Ernie McAfee's… 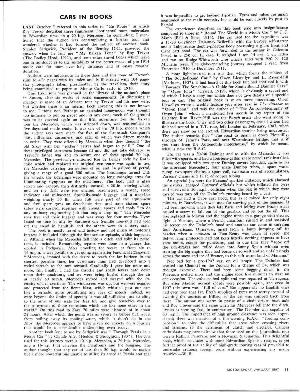 Last October I referred in this series to "En Route" in which Roy Trevor described three significant Continental tours undertaken in Edwardian times in a 70 h.p. Mercedes. In concluding,… 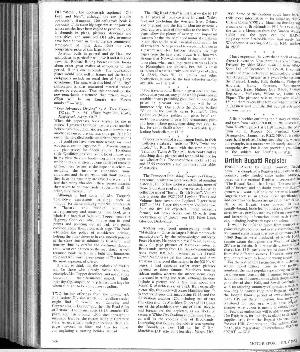 Encouraged by Hugh Conway, David Sewell has completed a Register of Bugattis in this country, badly needed since earlier editions, based on the original Register incorporated in "The Bugatti Book",… 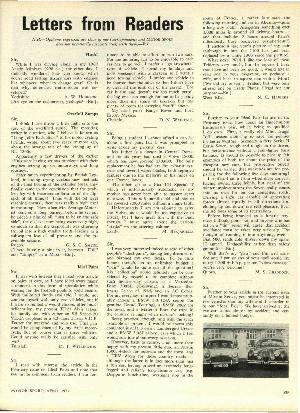 Sir, While I was driving along in my 1969 Austin Minivan (998 c.c.) the other day, I suddenly wondered how you know, when you're road testing luxury cars with engines…