A splendid car, but tread carefully if you happen to be in Nevada…

The man was polite but insistent. He guarded the gate to Nevada’s Valley of Fire State Park and we weren’t going to be permitted access. When I asked why he pointed at my car and said, “That’s why. You’re driving a BMW and you’re not coming in.” And that was that. We turned around and slunk sullenly back to base.

It turned out ours was not the only BMW M235i to try to access the Valley of Fire that day. A few of my colleagues had been seen flouting the park’s speed limits, causing park rangers to relieve them of large wads of greenbacks and become sufficiently fed up to ban anything with a propeller on its nose from entering.

This being the second state park from which I have been ejected in as many years, I am not about to preach. Last year it was Death Valley and for a whole series of offences so serious the rangers forgot they’d pulled me over for speeding in the first place. It was only when we were parked that other alleged transgressions (which turned out to have nothing to do with me) came to light. Besides, a BMW M235i is one of those cars that can cause the weak to stray.

I know, because I’m one of them.

It’s called a 2-series but is best thought of as a coupé version of the 1-series hatchback. At the top of the range lies the M235i, not a pure M car like an M3 or M5 nor a standard BMW, but something that aims to split the difference. Beneath its bonnet sits a mildly tuned version of BMW’s 3-litre twin turbo straight six, providing a solid 326bhp. You can choose an eight-speed auto, but I am sure it would be better with the standard six-speed manual. You can also specify a limited slip diff but, unless you’re planning lots of track work, I’m not sure why you would.

The car is beautifully balanced in standard form, both in terms of the compromise between ride and handling and how it behaves when you push it along a bit. It does everything in moderation, instinctively easing into vestigial understeer in steady-state cornering but delighted to flow into mild oversteer or gently drift away from the apex. None of it is in the least intimidating, all of it is genuinely fun.

Faults are few: the autobox is uncharacteristically jerky around town and the brakes could be easier to modulate, but with a little learning both these characteristics can be mitigated to the point where at least your passengers will be unaware of their existence.

This is the most pleasing high-performance BMW I’ve driven in many years, expertly judged and bound to appeal to a whole tranche of people who are either unable to afford an M3 or M4 or simply want a quieter, more comfortable car that remains amply rewarding on the right road.

The M235i is that car and BMW should be congratulated. 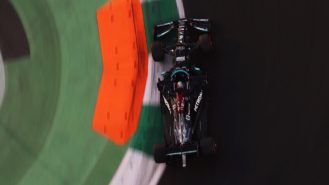 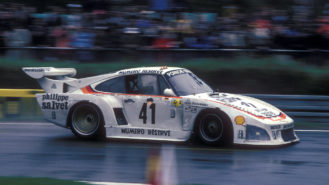 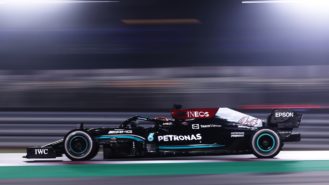