This year, Morgan celebrates the 60th anniversary of its famous Le Mans class win. Mere feet from where that Plus 4 SuperSport was built – Astwood Mews, Kensington – Morgan has opened its new flagship space, far right. “The wooden fixtures are mostly ash, which is what we use for the car body frames,” explained head of business David Waghorn.

● If brute force is more your bag, a 1972 Jensen Interceptor Mark III at Woodham Mortimer, Chelmsford, is the stuff of dreams. It was originally Jensen’s press car and has had a full restoration “for use in a major TV show”. Hmm… The Crown Series 5 (Netflix, November)? This 7.2-litre V8 is boldly described as “the best Interceptor in the country”. £POA. 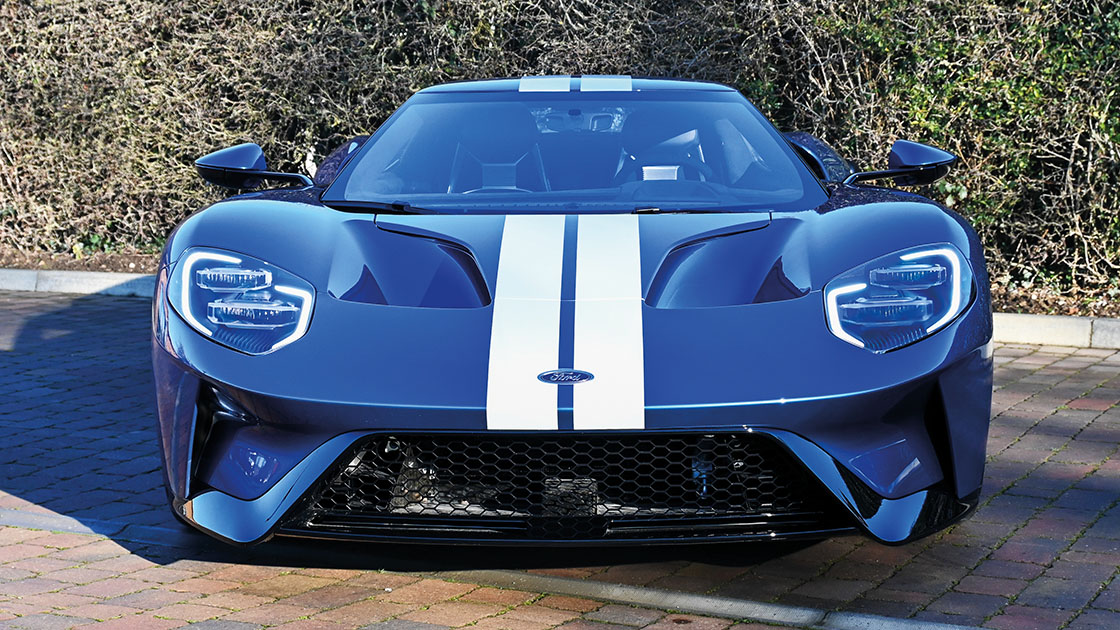 ● After five years of production, the last of 1350 Ford GTs will leave the Canada factory in 2022. Ford chose who could own its GTs; this 2018 model, was snapped up by a “high-profile current F1 driver”. But who? Lando? Russell? Oof, this month’s Dealer News is drifting into quiz territory. Bell Sport & Classic is keeping tight-lipped; £695,000.

●At a loose end in Exeter? It’s easily done. A new Carrs Ferrari showroom is now open, featuring the latest Ferrari identity and a community area where customers are encouraged to visit socially.

● Before deciding on your next premium ride, The DVLA has revealed a list of the most stolen cars in 2021. The low-volume. Range Rover was surprisingly second (3754), while also in the top 10 were Mercedes C-Class and E-Class, BMW 3 Series and Land Rover Discovery. Top of the nabs? Ford Fiesta (3909).