The million-dollar question for Red Bull, Mercedes and Ferrari is how many punches they used to close out last season, and what effect that might have had on their 2022 research and development programmes. But Red Bull has a lot of experienced campaigners and great stability, with Adrian Newey at the helm, continuity of Honda engine supply, etc. It should be in as good a shape as anybody and will be culturally motivated, as well as culturally happy, although Mercedes will want to settle a score.

Red Bull is traditionally very well organised and I don’t think for one second it’ll be resting on any laurels from last season. It didn’t get the title for constructors, but it got the big one – Max Verstappen might have scraped through in the end, an interesting finish, to say the least, but he’d driven brilliantly all season and having No1 on a car will be used by the team as a positive as it prepares to renew battle. 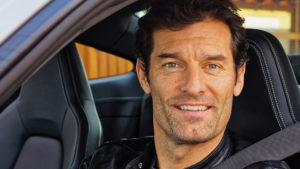 Max has been a project since he first arrived within Red Bull – and the way he held off Kimi Räikkönen on his first Red Bull start at Barcelona in 2016 was phenomenal, reminiscent of some of the stuff Lewis did during his debut F1 season in 2007. Last year was the first time we’d seen the two juggernauts come head to head across a full season. I’m a ginormous fan of both of them and would like to have seen even more races in 2021! Max deserved the title, but the same would have applied to Lewis and he obviously deserved to win in Abu Dhabi – it was a bizarre finish. I’m sure Red Bull and Max would prefer to have secured the title in a different way, but you can’t blame Max for how it ended.

Merc didn’t really have its car sorted at the start of last season – and there were races, such as Bahrain, where Lewis had absolutely no business winning. I’ve no idea how he pulled it off that day – his performance was absolutely extraordinary. Max had one go at him, didn’t get it right and that was that.

What’s Red Bull’s secret? It is very lean at the top. This is a massive global brand that has influenced many sporting cultures. Toto Wolff does a brilliant job filtering out the corporate influences at Mercedes, because all the corporate stuff can be a massive anchor. Red Bull doesn’t have that – and it has also been blessed with great stability. It has benefited from fantastic consistency and has retained most of its key staff, but it’s that leanness at the top that counts. Helmut Marko deals directly with [Red Bull co-founder] Dietrich Mateschitz, while Christian Horner handles the operational side. Marko and Dietrich have a very positive attitude to finding solutions. Yes, the team has good finances, because the brand is strong, but it also has a can-do attitude. That Red Bull culture its applied to motor sport, and the Milton Keynes factory is Dietrich’s passion. He loves Adrian, he loves the engineering, he loves the challenge and the competition.

There have been sparse times but you have to admire the way it has come back to fight – and sometimes beat – Mercedes. Some teams might have lost confidence in their people when things weren’t going so well, but Red Bull stuck to its guns. I certainly don’t see it being in a worse place than it was last year.