CONSIDERABLE interest was aroused at the beginning of this year when the project of . a track along the north shore of the Wash was announced. The scheme has been carried forward another stage during the past month, for after obtaining the approval of the Board of Trade, the Automobile RacingAssociation made a survey which shows that the site is entirely suitable. Negotiations have also been completed for the purchase of 8,000 acres of privately owned land and 2,000 belonging to the Crown.

The site of the track is on the Lincolnshire coast some ten miles south of Skegness and runs along a stretch of sand, dry at low tide. A fifteen mile sea wall, fifteen feet high will be built a mile from shore for most of its length, but joining the coast line where it swings out at each end. Parallel to the wall a main road speedway 14 miles long and 600 feet wide will be built, and along the centre of it a trial track 100 feet wide. In cases of reclaimed land such as this, a certain time for settling and consolidation is required, but two years or so after completion it is proposed to treat the track with a material called Carpave, which is claimed to have a nonskid surface, and is not poisonous to fish. . (This last matter is of considerable importance to the local fishermen). Besides the 14 mile “straight,” the scheme originally included plans for a “Tourist Trophy” track, 8 miles in length and situated at the centre of the speedway,

together with a motor boat lake over a mile long between the T.T. track and the shore. The latest idea is to have the race track to the south and the aquadrome further north, which will give more room for development. A covered grandstand will be built between the two. The T.T. track is to be laid out with corners reproducing those on classic racing circuits.

An interesting point about the speedway for motorboats is that it is to contain fresh water. This is an important consideration in the case of racing boats fitted with aero or car engines, for the circulation system of these units is not always suitable for salt water.

An aerodrome is to be built at the north end of the track, also.

The scheme, of course, could not be worked profitably without adequate public support, and so the promoters are fortunate in finding a suitable site almost half way up the East Coast. The great industrial centres of Yorkshire are within a hundred miles, a short distance in these days of modern motor coaches.

Similarly from London and the South, Skegness is easily reached from the Great North Road.

There is not the slightest doubt that an elaborate speedway of this kind, and situated more or less centrally would be immensely popular, and the development and completion of this ambitious scheme will be awaited with eagerness. 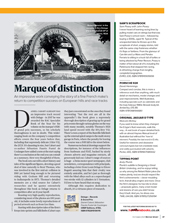 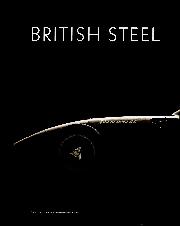 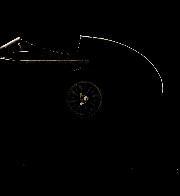 The Chassis Tony Vandervell's dream of an all-British grand prix car meant finding home-grown chassis talent. Despite their different backgrounds GAV and Charlie Cooper got on well, and Charlie suggested… 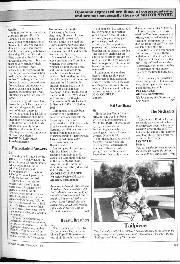 Sir, The trouble experienced by Cholmondeley Tapper on his blown Type 37 Bugatti — the loss of oil through the breather - still happens! My son cured it by lengthening… 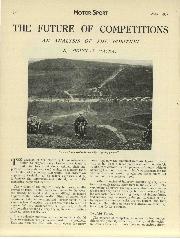 The expense of competing in motor cycling

The expense of competing in motor cycling competitions, the publicity attaching to them, and the technical lessons to be learnt, puts them on an entirely differ ent plane to other…