After over ten years regular readership of your magazine I am at last prompted to write to you, in defence of the TR6, so maligned in the June issue.

I purchased mine when it was 21 years old from the TR specialists in Lexham Mews, with 21,000 miles on the clock and three names in the log book. Since then I have covered another 33,000 miles in 18 months, this including a trip to the continent and Belgium. Reliability has been exceptional, particularly the fuel injection system which has required no servicing or adjustment whatsoever. The fuel pump faltered only once, and was quickly brought to life by a tap with the “Mole” wrench. New brushes—they are the same as in a windscreen wiper motor—have ensured subsequent infallibility. A slight petrol leak from the pump was easily cured for less than a pound by fitting a new rotary seal.

During my ownership I have purchased one battery, one set of brake shoes/pads, an exhaust system, and tyres every 23,000 miles. The only other replacements have been track rod ends and one rear shock absorber bush, and a rear number plate illumination bulb! The car consistently returns 24 m.p.g., on motorway trips at average speeds which had better remain undisclosed, but there must be few vehicles geared for 90 m.p.h. at under 3,500 rev./min.!

My TR6 has offered performance, economy and reliability also a relatively low rate of depreciation; like your magazine, supreme in its class!

Poor Mr. Louick and his TR6. When I received mine, brand new, last September, I found loose screws, loose door and window handles, loose boot-support strut, and other minor deficiences, all of which I mended very quickly. However, I did write to Lord Stokes, telling him what I felt about the BLMC final inspection procedure, and was astonished to receive two replies, one signed by his Lordship; the other one coming from Triumph’s service department offering to check on the points overlooked earlier.

Fortunately, I have had no need of such assistance, my local dealer having been more than helpful in dealing with any minor problems encountered with the car.

Let me say now that I consider the TR6 to be one of the rare delights of modern motoring. The petrol injection has never given any trouble, the car goes fast, it handles and corners with precision on its big fat tyres; and with the hood down on a fine day, motoring is heavenly bliss.

Right now, the little boy next door is cleaning my prize possession, and let me tell you that he looks forward to this treat like I enjoy getting in and driving the car off, wherever it may be.

One small snag—I have to engage in extensive combing operations on reaching the office as in one respect I am like my car—”decidedly hairy”. 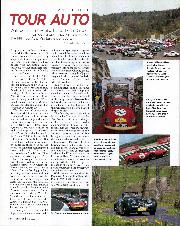 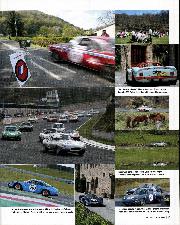 Event of the month -- Tour Auto

While some of the favourites hit trouble, John Sheldon turned in a sublime performance to win the 14th Tour Auto -- Paul Lawrence reports, photography by Patrick Payany A capacity… 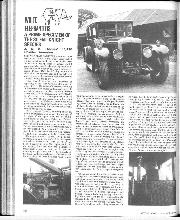 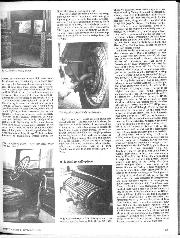 A prime specimen of the Silent-Knight species J. D. A. Thomas' 35/120 Daimler Limousine Sleeve-valve Daimlers in running order are almost defunct. When, many years back, I wanted to include… 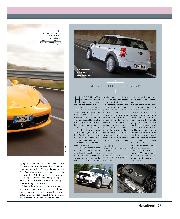 How far can a brand be stretched before it snaps? BMW’s Mini may be about to ﬁnd out. Its new Countryman is a let-down on almost every level. When BMW… 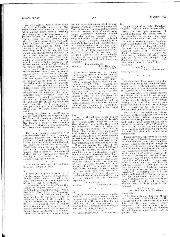 Sir, ant at present using a twin-carburetter Type HU, " 21,.70 " Alfa-Romeo daily for business and pleasure and I have more elijoyntent. from this vehicle than I would front…