After Covid caused the cancellation of the 2020 Pebble Beach Concours d’Elegance for only the second time in its 70-year history (the first was 1960 and happened due to a schedule clash) car enthusiasts around the world are looking forward to the return of the event this August – along with most of the 30-plus sideshows that have mushroomed around it to form what has become Monterey Car Week.

While the display and judging of around 175 of the world’s finest classic cars on the 18th fairway of the Pebble Beach Golf Links forms the centrepiece of the occasion, there’s a great deal more happening in the run-up to the big day on Sunday, August 15.

Car Week officially kicks off on Friday, August 6 with a ‘cruise in’ of 30 classic competition cars which will line downtown Monterey’s Alvarado Street before the weekend’s Pre-Reunion race event at the Weathertech Raceway Laguna Seca, where an open paddock enables spectators to see the 300-plus entrants up close.

On Monday morning, hundreds of examples of Stuttgart’s finest will turn-up for the Porsche Monterey Classic, with models that are more than a decade old being invited to register for special display spaces. The following day Carmel’s famous Ocean Avenue will be closed to regular traffic as an eclectic mix of collector cars are parked up outside shops, restaurants and art galleries over an area covering 18 blocks. 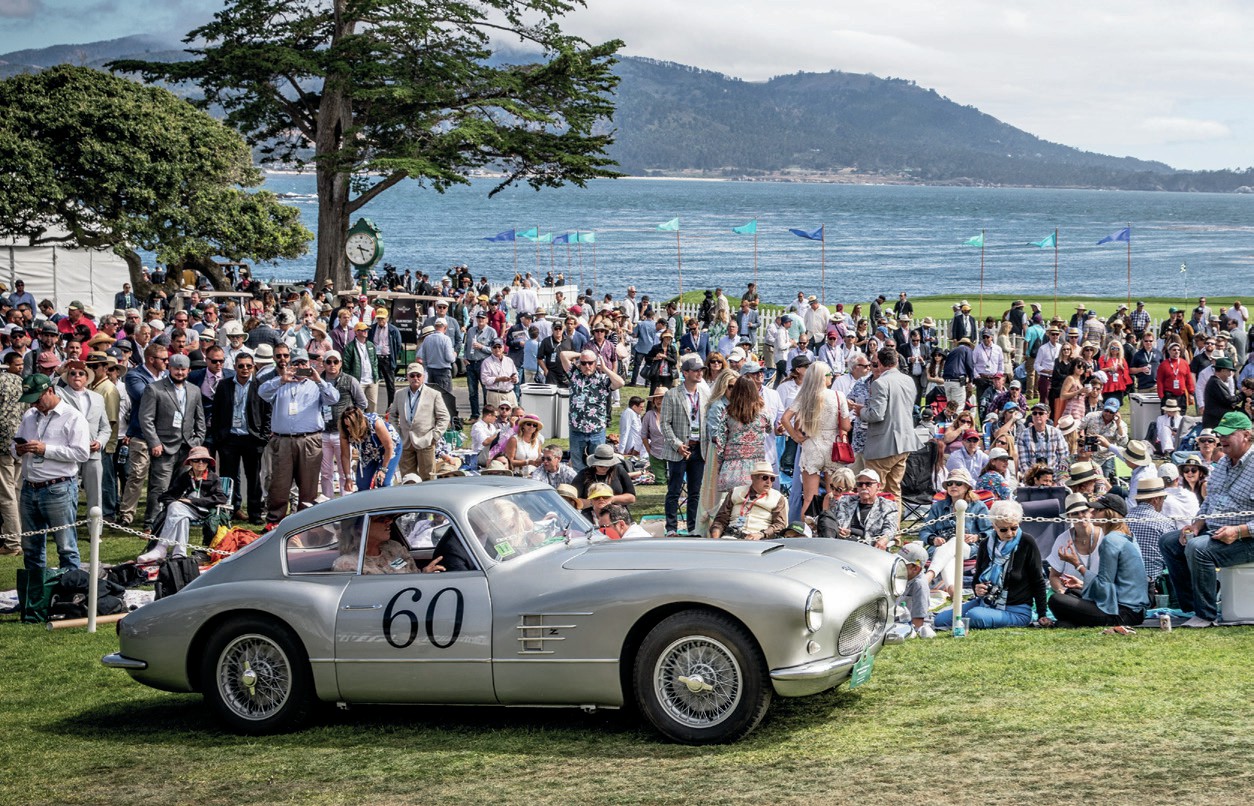 Female classic enthusiasts have their moment on Wednesday, August 11, with the oddly named Prancing Ponies Car Show that’s aimed at encouraging younger women to pursue careers in the auto industry, with the Little Car Show that runs on the same day being dedicated to entries built before 1996.

Wednesday also sees the finish of the Pebble Beach Motoring Classic, a 1500 miles classic tour ending at the Pebble Beach Lodge where visitors can see cars arrive from 3pm, while the day closes with the highlight that is McCall’s Motorworks Revival. This multifaceted, luxury-orientated soirée features cars, motorcycles and aircraft displayed for the delectation of 3000 guests who are fed by gourmet chefs and refreshed with top Californian wines, craft beers and exotic cocktails.

Gordon McCall, a former Pebble Beach Concours class judge and a motor sport, motorcycle and bicycle fanatic, first staged the Motorworks Revival 30 years ago and has developed it into an unmissable event that manufacturers of high-end cars and planes now use as a valuable marketing opportunity.

Aside from being heavy with the start of pre-sale viewings at the many Car Week auctions, Friday offers a packed schedule that includes the opening of The Quail, A Motorsports Gathering at the Quail Lodge & Golf Club in the foothills of the breathtaking Santa Lucia mountain range, where enthusiasts have another opportunity to see rare cars and motorcycles in a garden-party setting.

No fewer than 11 major vehicles from marques including Lotus, Bugatti and Bentley will debut at the event, which will also host anniversary celebrations for Singer (Porsche) and Pagani.

For those who prefer to enjoy a line-up of diverse classics in relative peace while being able to stop for decent food and drink, a stroll around the Pacific Grove Rotary Concours Auto Rally offers a great way to pass a few hours among more than 200 cars displayed along Lighthouse Avenue.

Saturday, August 14, meanwhile, will see America’s official Audi, BMW and Mercedes clubs join forces for the regular Legends of the Autobahn event (venue yet to be decided), with owners of Italian exotica getting their moment in the sun at Concorso Italiano, a show of more than 1000 automobiles of exclusively Latin origin. 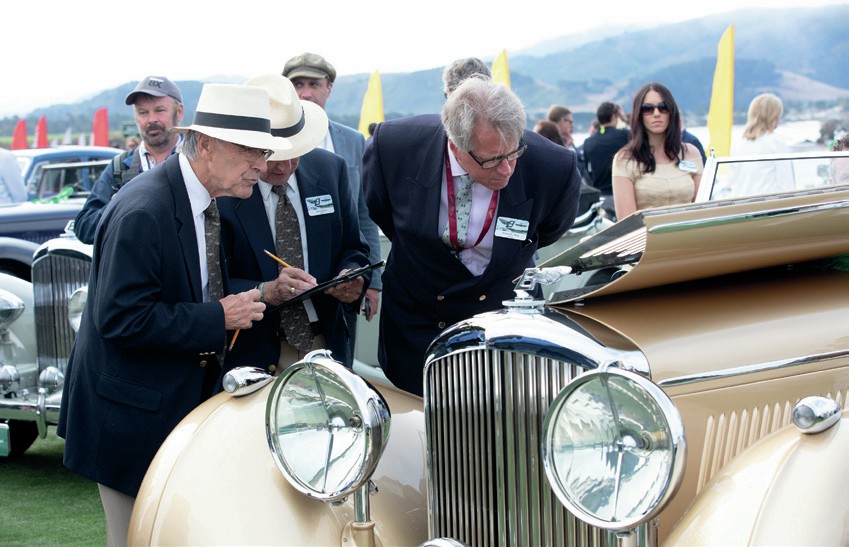 If it’s your belief that the only Italian cars worth bothering about have a prancing horse on the bonnet, head to the Ferrari Owners’ Club Gathering at The Barnyard on the same day, while those keen on the lighter side of the collector car hobby will enjoy the Concours d’LeMons, which showcases some of the motoring world’s less-successful creations, neglected sheds, scrapyard refugees and anything on four wheels that’s of negligible monetary value.

But it’s back to business on Sunday with the main event, the Pebble Beach Concours, which can attract as many as 15,000 enthusiasts who come to see the world’s most valuable examples of automotive rolling art being appraised by 70 or so expert judges who will ultimately select Best of Show, an accolade that can add value to the winning vehicle and bring unmatched kudos to the owner and its restorer.