With thousands of vehicles and tens of thousands of enthusiasts flocking to the Monterey peninsula for Car Week, the top auction houses are presented with a captive audience whose love of classics is made all the more intense by the high-octane atmosphere and the presence of swathes of interesting vehicles at every turn.

A few years ago, garnering huge bids for the high-quality lots that are usually reserved for the week’s auctions was about as difficult as shooting fish in a barrel, and it became entirely typical for fistfuls of world records to be set, with eight-figure sums for individual cars being relatively common.

But, as is well known, the market started to experience a certain ‘correction’ around three years ago. Add to that the hiatus caused by last year’s Covidinduced cancellation of Car Week and the acceleration of low-cost, easy-to-use online auction platforms such as Bring a Trailer, The Market and Collecting Cars, and the chances of seeing a host of blockbuster Monterey sales this year might be slim.

All the same, the auctions will undoubtedly present several once-in-a-decade buying opportunities and there is certainly no shortage of cash among the sort of people who are likely to bid for them. Here’s a guide to who is selling what and when, and where they will be doing it.

David Gooding’s Gooding & Company has staged the official Pebble Beach auction since 2004 and is the only house to hold its event within the gates of the famous golf club off the glorious ‘17-Mile Drive’. The sale is eagerly anticipated as a source of truly special collector cars and this year’s event is no exception, being headlined by a 1958 Ferrari 250GT Series 1 Cabriolet, top of page. 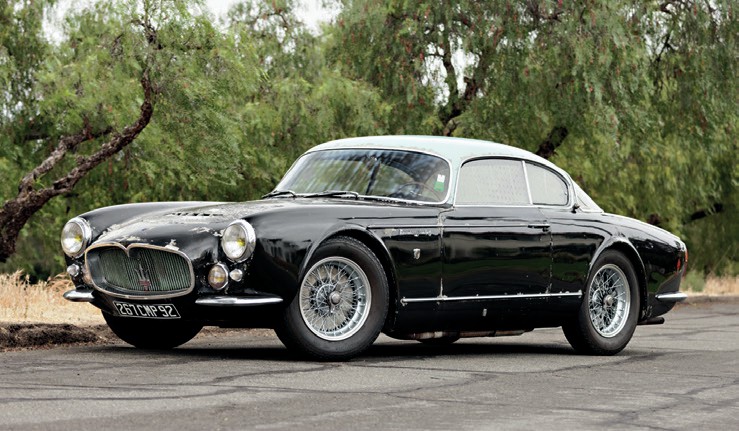 Not only did the Andalusia Gold car achieve a 100- point Best in Class score at Pebble Beach in 2008, it has also won Best in Show at the Ferrari National, Best 12-Cylinder at the Cavallino Classic and Best in Class at Villa d’Este. Buy it and you too could have your eyes on further prizes – but it could cost you as much as £3.9m.

Other Italian exotica in the sale includes a 1956 Maserati A6G/54 coupé, above, which is one of just four Frua-bodied cars from the limited run of 60 chassis built. With four owners from new it too has a string of concours victories to its name, with its exceptional, unrestored state earning it a Preservation Class award at a past edition of Pebble Beach. The car is tipped to fetch £1.8m-£2.3m, while a 1953 Siata 208 CS, below, is one of a believed nine examples bodied by boutique Turin coachbuilder Carrozzeria Balbo. Beneath its light alloy skin burbles a jewel-like 2-litre V8. Last seen on the show circuit at Quail Lodge in 2019, it’s estimated at £1m-£1.3m. 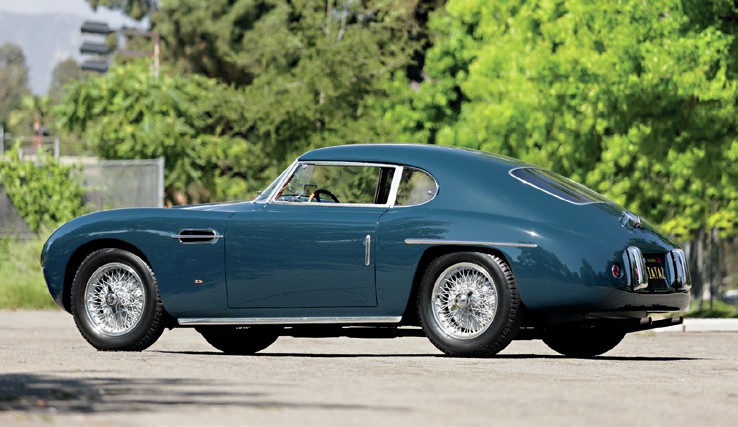 Mecum’s sales are showcase affairs, with this set to feature 600 lots. It will be screened on NBC and a crowd of thousands is anticipated. Highlights include a 2014 Ferrari LaFerrari with a paltry 131 miles on the clock and there’s a Saleen S7 Twin Turbo (one of just 14) that’s also little used having covered 755 miles. Race fans will be interested in a 1973 Lotus Europa with a rich competition history and a 1989 Porsche 962 GTP prototype that began as a lifeless show car before being fitted with a 930 Turbo engine.

Arizona-based Russo and Steele promises an unrivalled collection of European and American sports and muscle cars as well as hot rods and customs at this sale, which will comprise more than 300 lots, many of which will be offered at no reserve. One of the USPs of a Russo and Steele sale is what it calls the ‘auction in the round’ format, whereby the cars are sold in a ‘visceral, ground-level auction arena that provides no separation from the buyers’.

The reputation Bonhams has established for offering a diverse range of lots continues with everything from elegant ’40s roadsters to fire-breathing endurance racers. An example of the latter is the 1974 Alfa Romeo Tipo 33 offered from the estate of LA judge Joe DiLoreto, who died earlier this year. A motor sport fan, he bought the Alfa more than 40 years ago from the works team. His recently restored 1966 Shelby Cobra 427 will also be up for grabs, along with a championshipwinning Lola T90, a Dolphin America and a Shelby Can-Am car. 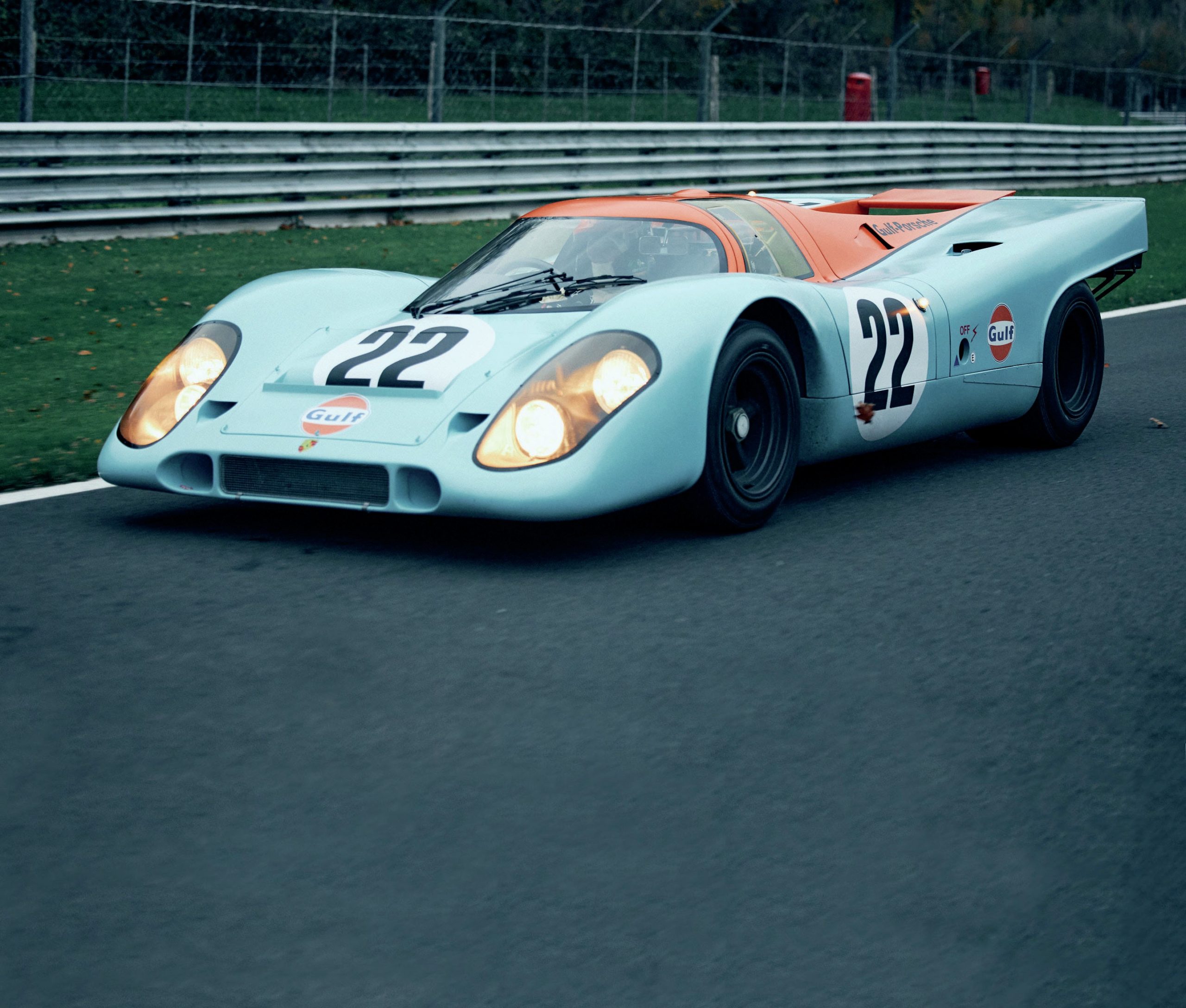 As headline auction lots go, they don’t come much better than this 1970 Porsche 917K that featured heavily in the Steve McQueen film Le Mans, in which it can be seen taking the chequered flag. In reality, the car was raced at the 1970 event but crashed out on lap 50 with motorcycle champion Mike Hailwood at the wheel. Badly damaged as a result, it was repaired at the factory and re-bodied as a Spyder for the 1972 European Interserie championship. Having been retired from competition in 1974, it formed part of the Chandon Collection until 1988 before being sold to a new owner who kept it for around 20 years. The current vendor bought it a decade ago and returned it to its original Gulf-liveried coupé format. It’s arguably the ultimate piece of memorabilia for any fan of Le Mans, Steve McQueen and the Porsche 917 – and it’s tipped to fetch around £12.5m.