If the ‘Captain America’ chopper used in Easy Rider isn’t the most famous motorcycle in movie history, what is? Two were built, but one was stolen and broken up. It is claimed this is the genuine survivor. It crashed at the end of the film after Peter Fonda’s Wyatt was shot by a redneck. Fonda gave the remains to actor Dan Haggerty of Grizzly Adams fame who commissioned restorer Gary Graham to rebuild it, but ended up giving it to him to settle a debt. Some believe an identical bike sold for £810,000 in 2014 is the real thing. Only Fonda and Haggerty really knew, both of whom are now dead.

Another from the superb competition car collection of the late Irish enthusiast John Campion (who died in 2020), this was driven during the ’81 F1 season by Derek Daly and used in 1982’s Can-Am series.

This MGA was bought new to contest the 1960 Monte-Carlo Rally (it finished 130th). It was later returned to standard road guise, but restored to Monte spec on discovery of its interesting history.

This special edition Vantage is being sold to raise funds for wildlife conservation through charity initiative Auction4Wildlife. It was one of 60 made to honour the DBR9 Le Mans GT1 wins of 2007-08.

A bargain – and not just any Camaro but a hot Z28 version with a small block V8 and six-speed manual transmission. It is said to be blue beneath the razzle-dazzle camo wrap.

This rare and quick Jaguar-powered special, one of 11 built by Atalanta Motors of Staines, sold for below its estimate. It went to the US in the 1970s and had lately been on static display.

One of just 115 Elan Plus 2 130S/5 special editions made to commemorate Lotus achieving 50 grand prix wins. The 130S/5 references the model’s 130bhp and five-speed gearbox. 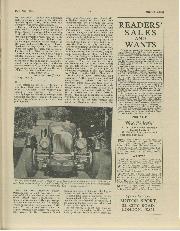 Sir, The article by Mr. S. H. Statham in your June, 1948, issue has inspired me to write to you anent a car recently purchased by my brother. I have… 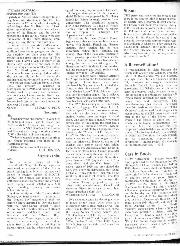 Cars In Books FROM "Streatham — Pictures from the Past", published by the Streatham Society, 50 Staplefield Close, London, SW2 4AF in 1983, there are a wealth of old photograPhs… 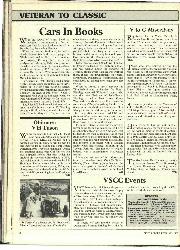 Regulations for the Yeovil Car Club's Esso Bristol-Bournemouth Run on June 12, an event which is open to any pre-war car, motorcycle or commercial vehicle weighing not more than four… 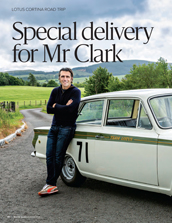 The sun is breaking through to the east of Gleneagles railway station. There’s the occasional car passing on the A9, 200 metres to the west, but it’s quiet enough to…