Yes, we know we have a page dedicated to wristwear elsewhere in this issue, but few timepieces have quite the direct link to motor sport as this one. Since retiring from a Formula 1 career spanning 79 World Championship grand prix starts, Swedish star Stefan Johansson has carved himself out a nice career in artworks (you may have seen some of his unique pieces in our pages before), and he’s also branched out into watches. This Mark VIIIG sits at the top of the range. It is Swiss made and uses a host of Swiss-made components, including a Valjoux 7750 automatic movement, a mechanical self-winding chronograph, sapphire crystal glass and a blue dial (or the 058’s cream, left) with numbers and hands coated in Superluminova for optimal night-time time-telling. It’s a limited edition of just 250 pieces, and comes with a python strap (rubber available) emblazoned with Johansson’s signature coat of arms.
£5350

Elsewhere in this issue you can read about how Alfa Romeo and its Autodelta racing arm created a touring car to conquer the world. The Giulia GTA 1600 ultimately sparked Alfa’s move into the World Sportscar Championship with its line of prototypes. Ian Wagstaff charts the story of the T33, the most successful of the lot, with the full development story, race accounts, driver profiles and more photos than you can shake a stick at.
£30

If you’re after something that’s truly a one-of-a-kind collectors’ item, then look no further than this incredible 1965 British Grand Prix programme, signed by a host of sporting legends. In truth, the programme itself would be enough to pique the interest of most, with its entry lists, period photos and features. But add in autographs from John Surtees, Jackie Stewart, Mike Spence, Innes Ireland and eventual race winner Jim Clark – who signed a page reporting on his incredible Indy 500 success of the same year – and you have something that’s worth its weight in gold.
£1350

London-based automotive artist Martin Allen has a unique take on capturing sporting icons. His oil-painting technique gives vibrant and deep colours and his choice to focus a subject across only part of the canvas gives the pieces a dreamlike quality. Our choice would be The Calm Before the Storm showing Ayrton Senna during his McLaren days gazing upwards towards a timing monitor before heading out for a qualifying lap. Limited to 100 prints, each is A2-sized and comes hand-titled, numbered and signed by the artist.
£180

Name a more distinctive or controversial Formula 1 car than the six-wheeled Tyrrell P34 from 1976. Simple answer: there isn’t one. Few have come close, but nothing stole the headlines quite like when Ken Tyrrell and chief designer Derek Gardner decided to rip up conventional car design and chuck two sets of smaller ‘castor’ wheels at the front of his Elf-backed machine. Jody Scheckter scored the car’s crowning glory by winning the Swedish Grand Prix, adding a further four second-place finishes to cement third in the Drivers’ Championship. He’s also turned his hand to signing this 1:43-scale model, and each comes with a certificate of authenticity from our partners, The Signature Store.
£69.95 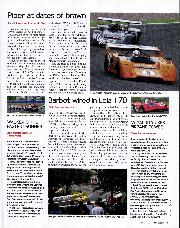 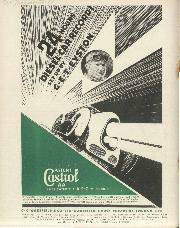 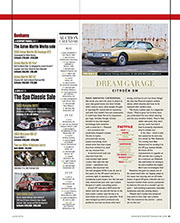 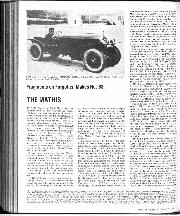 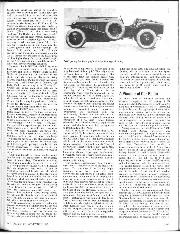 Fragments on Forgotten Makes No. 63: THE MATHIS ETTORE Bugatti and Emile Mathis have two things in common— they were both from Alsace. The beer personality has gone down in…