As history proves, it’s very difficult to stay on top over a sustained period of time in motor racing. Few teams last many years, in fact, and even the most established and well financed endure weak periods. We’re seeing it these days with Ferrari and McLaren in Formula 1, and Roush-Fenway, Richard Childress and Richard Petty Motorsports in NASCAR.

Yet Team Penske continues to roll along at the top of its game, winning races and challenging for or winning championships in both IndyCar and NASCAR. Penske’s cars finished first, second and fourth in this year’s IndyCar championship, while at the time of writing both Brad Keselowski and Joey Logano were in the thick of the battle for this year’s NASCAR title. If either 2012 champ Keselowski or Logano take the Sprint Cup, it will be the first time any team has won both IndyCar and NASCAR titles in the same year.

Next year is Penske Racing’s 50th season and ‘The Captain’ is expanding his operation, adding a fourth IndyCar for Simon Pagenaud and going into partnership with Dick Johnson Racing to run an Aussie V8 team with Marcos Ambrose at the wheel.

Of course, racing is merely Roger Penske’s avocation. He spends most of his time running the Penske Corporation, a giant, ever-changing business empire employing some 40,000 people. The boss spends half his waking hours aloft, wheels up, aboard his corporate jet flying around the world managing many businesses. But he still finds time to make it to almost every IndyCar race and most NASCAR events.

Penske recently discussed his thinking in going Aussie V8 racing and his words emphasise the wide range of resources and synergies that make Team Penske unlike any other racing team in the world. Recall that Penske bought the Detroit Diesel engine business from General Motors in 1988 and sold it to Daimler-Benz in 2000. During that time Penske owned Detroit Diesel plants in Australia and New Zealand and, more recently, he bought the Australian truck distribution businesses for Western Star, MAN, Dennis Eagle and Freightliner.

“That gave us a network of service facilities,” Penske says. “We’re the distributor for those products, we support the dealers and we’ve already opened our first Penske Truck Leasing location, in Brisbane.

“We’ll take one step at a time. That’s why this complete venture makes so much sense, because we can use the racing series as a customer entertainment.

“It’s perfect. It’s our DNA. We’re in the service business here in the United States. We have a leasing company with more than 200,000 vehicles, and we rent them, we lease them, we service them, and we’d like to replicate that in Australia and New Zealand.

“Looking at the business that we’re now developing in Australia, I saw that the V8 Supercars would connect with our customer base throughout Australia. Going down there and trying to develop a team wasn’t an option, so we took four or five months to look at what we might be able to do as a partner with another organisation.”

As a result Penske has bought 51 per cent of legendary Aussie V8 team Dick Johnson Racing. “I had the opportunity to go to the shop, meet Dick and the key people there, and it was obvious that we could have a good fit.”

At 77, Penske remains as energetic and incisive as ever. His tremendous drive and business acumen have made Team Penske one of the most successful, wide-ranging racing teams of all time. Without doubt, many more wins and championships lie ahead. 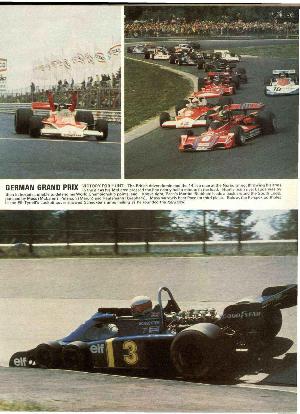 GERMAN GRAND PRIX VICTORY FOR HUNT: The British driver dominated the 14-lap race at the Nurburgring, throwing his arms in as a was then in hospital, unable to defend his… 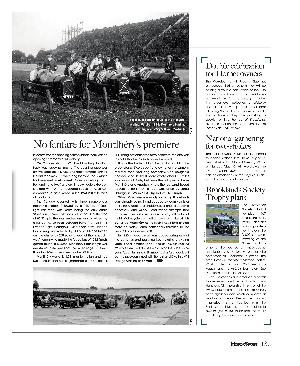 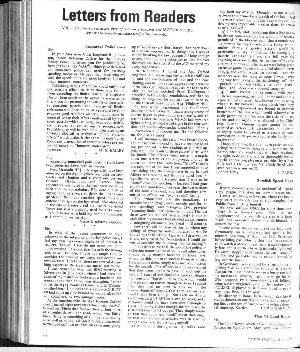 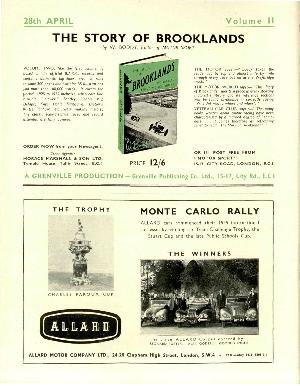 The Story of Brooklands

by W. Boddy, Editor of Motor Sport Volume Two, like the first volume, is based on the official B.A.R.C. records and contains authentic lap-times, etc. It runs to some 300…

April 1949 Issue
By Motor Sport
Out of stock