If William Hogarth were alive and interested in motor sport, he wouldn’t have to look very far for a subject for a modern-day Rake’s Progress. Anthony Gobert was a young Australian motorcycle racer with the world at his feet. People in the know rated him as more naturally talented than biking greats such as Kevin Schwantz and Freddie Spencer, but he never even got close to winning a Grand Prix.

‘The Go Show’, as he liked to be called, was a wild young man from New South Wales. At his first world-class race – a home round of the World Superbike series – he walked out of the domestic Honda team on the eve of the event to join Kawasaki. He took pole position and won a race. He wasn’t yet 20.

On the world scene he soon became equally renowned for his devastating speed and his liking for post-race mayhem. In the looser environs of World Superbike racing his outrageous behaviour, all-night drinking and rainbow-coloured punk hairdos were tolerated, even celebrated as a throwback to the days of yore. But life became more complicated when, in 1997, he graduated to the more corporate and correct world of 500 Grands Prix.

“On his way to signing the contract Goey wrote off his brand-new Porsche by jumping a red light and it hadn’t fazed him in the slightest,” recalls Stuart Shenton, the wild child’s crew chief at Suzuki.

The Briton and the young Aussie met for the first time as Suzuki packed their flight-cases following the 1996 season-ending Australian GP. “This scruffy urchin with a few mates in tow was hanging around the back of the garage,” says Shenton. “Then one of them says to me, ‘G’day Stuart, I’m your new rider, I hope you’re f***ing ready for me!’

“At our initial test with him we were doing his first debrief, with all the Japanese engineers sitting there, pens hovering, waiting to take notes and get his first impression of the bike. And he says, ‘Well, I need two things: I need a cage in the back of the garage with a dancing girl in it and we’ve got to get some beers in the fridge’. Then he gets up and walks out. There were six Japanese engineers sitting around the table and they didn’t know what to do, what to say or what had just happened.”

Suzuki management knew all about Gobert’s proclivities – booze, ladies, weed and anything else he could get his hands on – but they believed he was so good that the risk was worth it. Their contract included clauses for regular drugs tests, which he usually failed, despite using a hidden Ziploc bag containing someone else’s urine, Withnail and I style.

Taylor wanted to get rid of the wayward but affable youngster. “Suzuki told me it was my job to sort him out,” he says. “I kept saying there are better people than I to sort out people with drug problems. So we put him on lockdown and took away his passport.”

Next, Suzuki sent him to be brainwashed by famed illusionist Uri Geller, who was (incredibly) mentoring a couple of Formula 1 drivers at the time.

Stuart Avant, an ex-racer appointed by Suzuki as Gobert’s chaperone, remembers the scene. “We went to Uri’s mansion and he told Anthony what you can do with your mind.

Uri made a spoon bend in Anthony’s hand from four metres away! It was spooky what he could do. Then they went into a room where Uri talked with him for an hour about getting his life together. As we were leaving I said to Anthony, ‘F***ing hell’ and Anthony said, ‘What a tosser’.”

A few months later Suzuki sacked Gobert. However, he was still very much in demand and spent most of the next few seasons on the lucrative US Superbike circuit, recording occasionally spectacular results. But he was still battling his demons. As each team tired of his antics and let him go, he was snapped up by a slightly cheaper team that would also lose patience after a few months. Unsurprisingly, this downward spiral of results rode hand in hand with increasing addiction issues.

His favourite trick during this stage of his downfall was to take off on 10-day benders in Hawaii, while rivals busied themselves in the gym. Then he’d return, a puffy Elvis, and take pole. In races, however, his physical condition had started to outweigh his talent. And he was still failing drugs tests. Over the next few years his options gradually petered out.

“With his talent, he should’ve been world champion, but it was never going to happen,” he says. “We saw the most incredible brake temperatures with him. If he had been able to apply himself and turn up every weekend, fit and healthy, with the right sort of focus, he would have absolutely been something.

“In terms of fantastic natural talent I’ll be a bit controversial and say that the guy with the most was Gobert, but he was a complete waste of space because he didn’t realise what he had and he wasn’t able to apply it. Freddie was second best. At the other end of the spectrum, and he’ll hate me for saying this, was Gardner. He beat the other guys by guts and bloody-minded determination. He had to really work at it and apply himself. Then you’ve got someone in the middle like Kevin, who had the talent, worked at it and applied it.”

Sadly, Gobert still struggles with his drug problems back home in Australia, where he’s the forgotten man of motorcycle racing. 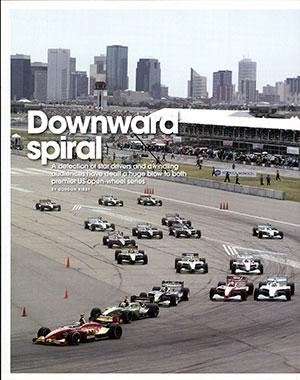 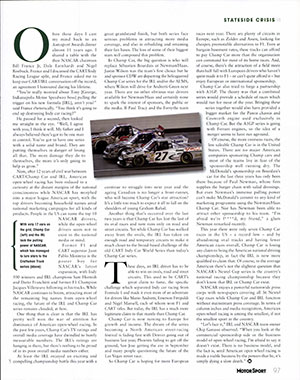 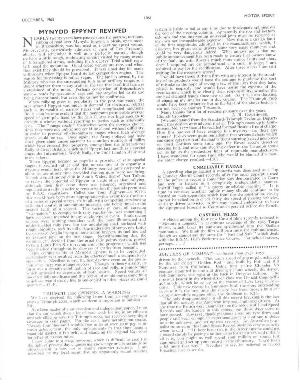 Nearly twenty years have passed since the narrow, tortuous ribbon of road over Mynydd Eppynt, a bleak open moor in Breconshire, was last used as a daytime speed venue. Motorcyclists,… 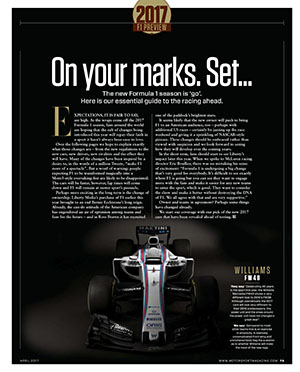 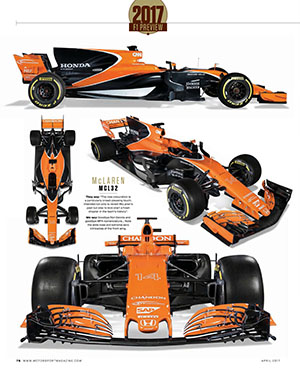 On your marks. Set... The new Formula 1 season is 'go'. Here is our essential guide to the racing ahead. Expectations, it is fair to say, are high. As the wraps… 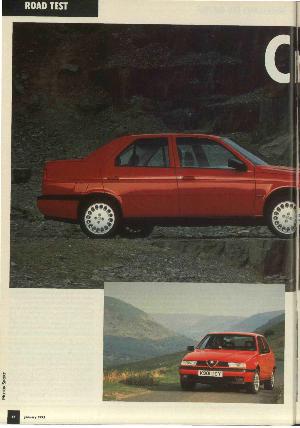 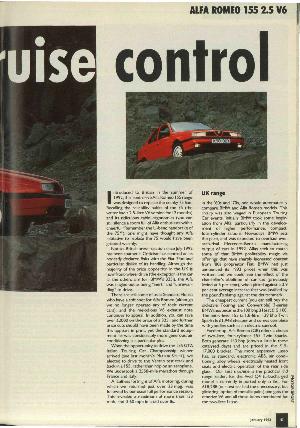 Alfa Romeo 155 2.5 V6 Introduced to Britain in the summer of 1992, the front-drive Alfa Romeo 155 range was designed to replace the cranky 75 line. Recalling the reliability…

January 1993 Issue
By Jeremy Walton
Out of stock