Sadly, the history books will relate only that Andrea de Cesaris took part in 208 Grands Prix without a single victory – an unenviable record that stands to this day. What the history books will not relate is that the racer from Rome was a wonderfully typical Italian racing driver: passionate, charming, mercurial and occasionally wild.

He was a tough competitor, in love with his sport, and a refreshingly honest character. Afflicted by a nervous tick, he was teased by his fellow drivers, and hurt by his nickname of ‘de Crasheris’ early in his Grand Prix career. As he matured, though, he became a much more reliable racer, driving with his head rather than his heart. A world champion in karts and a regular winner in Formula 3, Andrea rose rapidly through the ranks. His talent was spotted by Ron Dennis, who signed Andrea to race for his Project 4 Formula 2 team, and strong results led to an Alfa Romeo seat for the final two Grands Prix of 1980.

His big opportunity came the following year when, with sponsorship from Marlboro, he joined McLaren alongside John Watson. He was just 21 years old, not fully prepared for the politics and hard knocks of a hugely ambitious team, and that season he scored just a single point.

“The British media called me ‘de Crasheris’ and that hurt,” he told me when we met in Rome in 2012, “ but the accidents were not all my fault and the team never treated me fairly. That year was a nightmare but I never lost my passion for racing. I needed more support and I found that at Alfa; they were more like a big family.”

Two years at Alfa showed him in a better light. He should have won at Monaco in ’82 but ran out of fuel on the last lap. His best season was 1983, when he finished eighth in the championship and only lost the Belgian GP because of engine failure. Some of his greatest races came towards the end of his career – particularly at Jordan in 1991, when again he came close to a possible victory in Belgium. In all he drove for 10 Grand Prix teams – Alfa Romeo, McLaren, Ligier, Minardi, Brabham, Rial, Scuderia Italia, Jordan, Tyrrell and Sauber.

Rarely getting his hands on a winning car, he survived some enormous shunts along the way but never lost his passion for racing. “I loved my job, I loved the racing,” he told me, “but maybe there are things I should have done differently. It was always my dream to drive for Ferrari, and I could have done that when René Arnoux was leaving. Marlboro was keen to put Arnoux at Ligier and me at Ferrari, but in the end it never happened.” Having retired from F1 in 1994, Andrea briefly returned to motor sport in 2005/06 for the GP Masters veteran series. But post-F1, he diverted his passion to windsurfing.

“After F1 there’s a big hole in your life,” he said, “but windsurfing gave me the buzz and the adrenaline that I missed.” Andrea was killed in a motorcycle accident in Rome on Sunday October 5. He was 55. Rob Widdows

Welcome to ‘the go show’

Welcome to ‘the go show’ 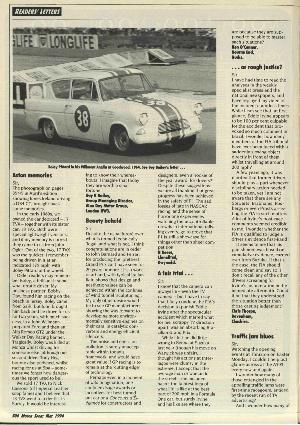 ... or rough justice? Sir, I have had time to read the analyses in the weekly specialist press and the national newspapers, and have replayed my video of the incident… 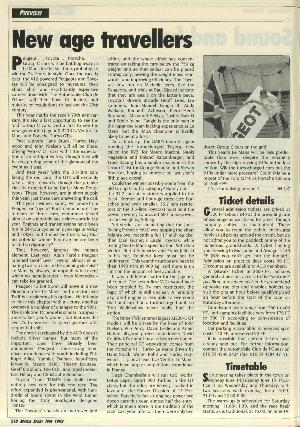 General admission tickets are priced at 320 FF (about £40 at the prevailing rate of exchange as we closed for press, though naturally subject to fluctuation). These allow you to… 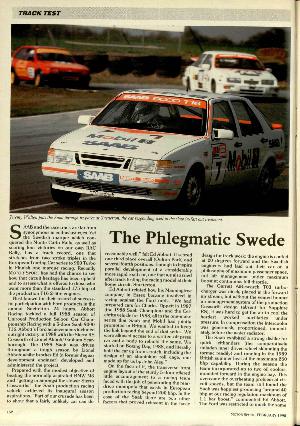 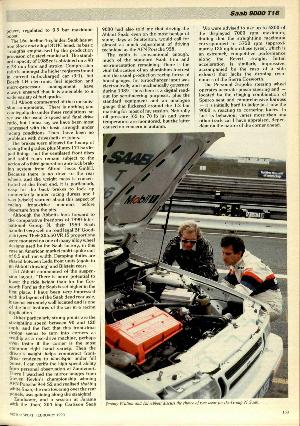 The Phlegmatic Swede SAAB and the race track are far from synonymous in enthusiast eyes. Yet the Swedish marque which conquered the Monte Carlo Rally, as well as scoring four… 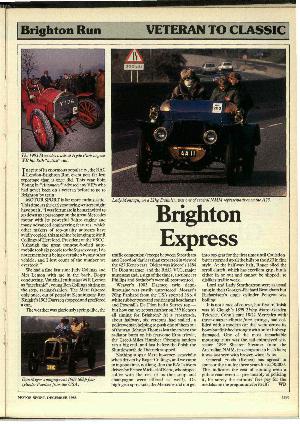 Brighton express In spite of its enormous popularity, the RAC London-Brighton run event get far less reportage than it once did. This year Eoin Young in "Automotor" advised any VIPs…

December 1988 Issue
By Bill Boddy
Out of stock