In reviewing my book “Criminal on the Road,” W. B. got the wrong end of the stick when he said that I made the amazing suggestion that “perhaps distinguished racing drivers could influence the ordinary motorist and motorcyclist” in a manner similar to Pilot Officer Prune’s lessons to R.A.F. pilots during the war.

What I did say was that distinguished drivers could be associated with a campaign to build up a concept of good driving and roadcraft since they are people whom drivers respect. I suggested that the P.O. Prune device, so successful in the war, could be used to depict the clot and his behaviour in such a graphic way that none would want to be identified with him.

Your reviewer is correct in assuming that I am not anti-motorist, despite the title of my book. That is why I do not want a serious attempt to study a serious problem to appear absurd before the very people who are knowledgeable enough about motoring to evaluate it properly. And in stressing the rather trite aspects of my book, your review has had just that effect.

Incidentally, I do feel that it is worthwhile to try and isolate some of the characteristics of the minority—and I think it is a minority—of anti-social and dangerous individuals on the roads whose activities do so much damage to the image of motorists in general, especially those who enjoy driving for its own sake—as do myself.

[I am sorry I gave a wrong impression. P.O. Prune emphasised dangerous errors or careless mistakes pilots might make. Racing drivers, if employed as Mr. Willett visualises, would presumably demonstrate incorrect as well as advanced methods of controlling a car. It was from this viewpoint, and the need to be brief, that I coupled P.O. Prune with chaps like Clark and Hill in my review of Mr. Willett’s book.—Ed.] 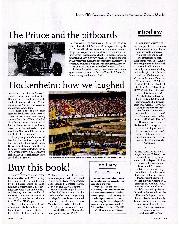 Hockenheim: how we laughed 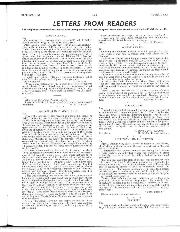 Sir, This is the first time I have written to a motoring journal, or indeed to any journal, but after completing 18,000 miles in a Morris 1100, my experiences might… 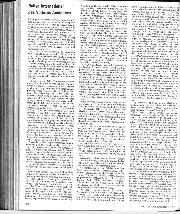 Last year the streets of Montreux on beautiful Lac Leman echoed to the sound of racing cars commemorating the Montreux Grand Prix of 1934, a round-the-houses race won by Count… 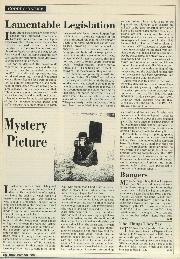 I hope strong objections are being raised against this proposed "Continuous Licensing", which the Government proposes to apply to all motor vehicles, whether used on the road or static on…