Romain Grosjean’s 137mph crash on the first lap of the Bahrain Grand Prix was a scene the modern F1 fan could barely comprehend. Incredibly, the Frenchman’s injuries were minimal

December:
Sakhir, Bahrain
If ever a Red Bull driver needed a spark, it was Alexander Albon. His RB16 lights up during practice, but was firmly shaded by Mercedes debutant George Russell during the race 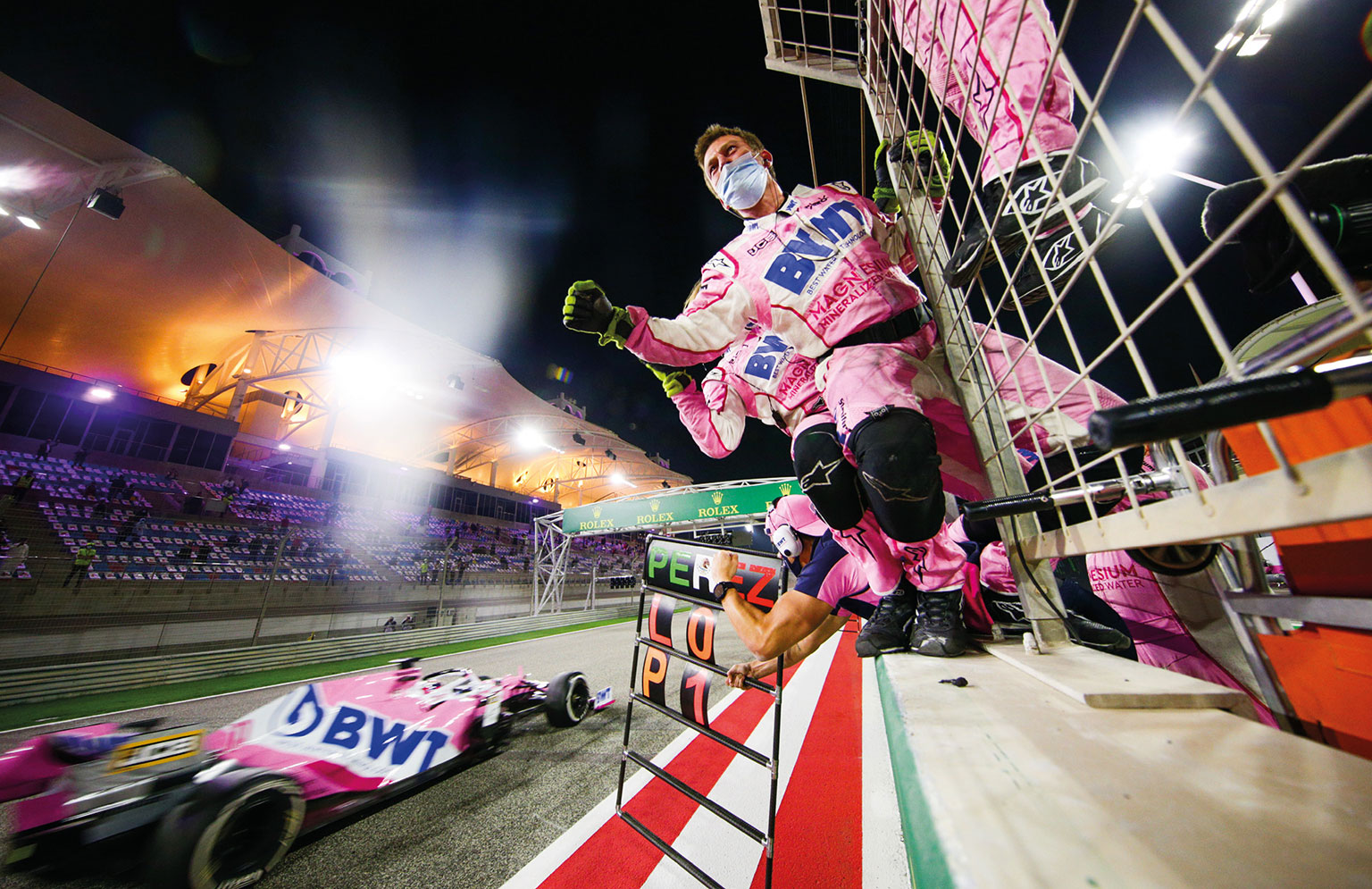 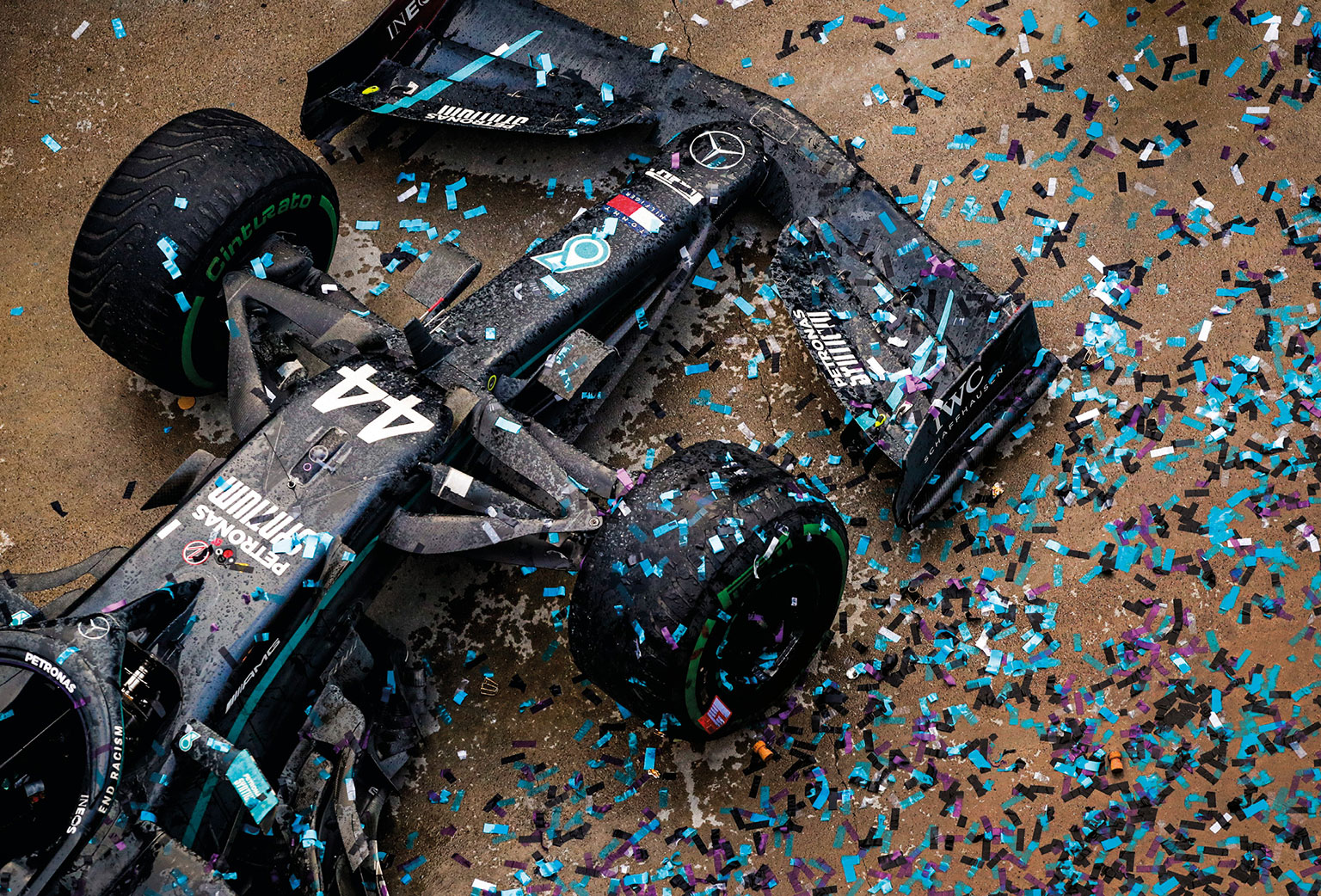 Once again Lewis Hamilton was the man to beat, but he proved unstoppable in the wet of Turkey, taking his 10th win of the season, the 94th of his career and his seventh world title 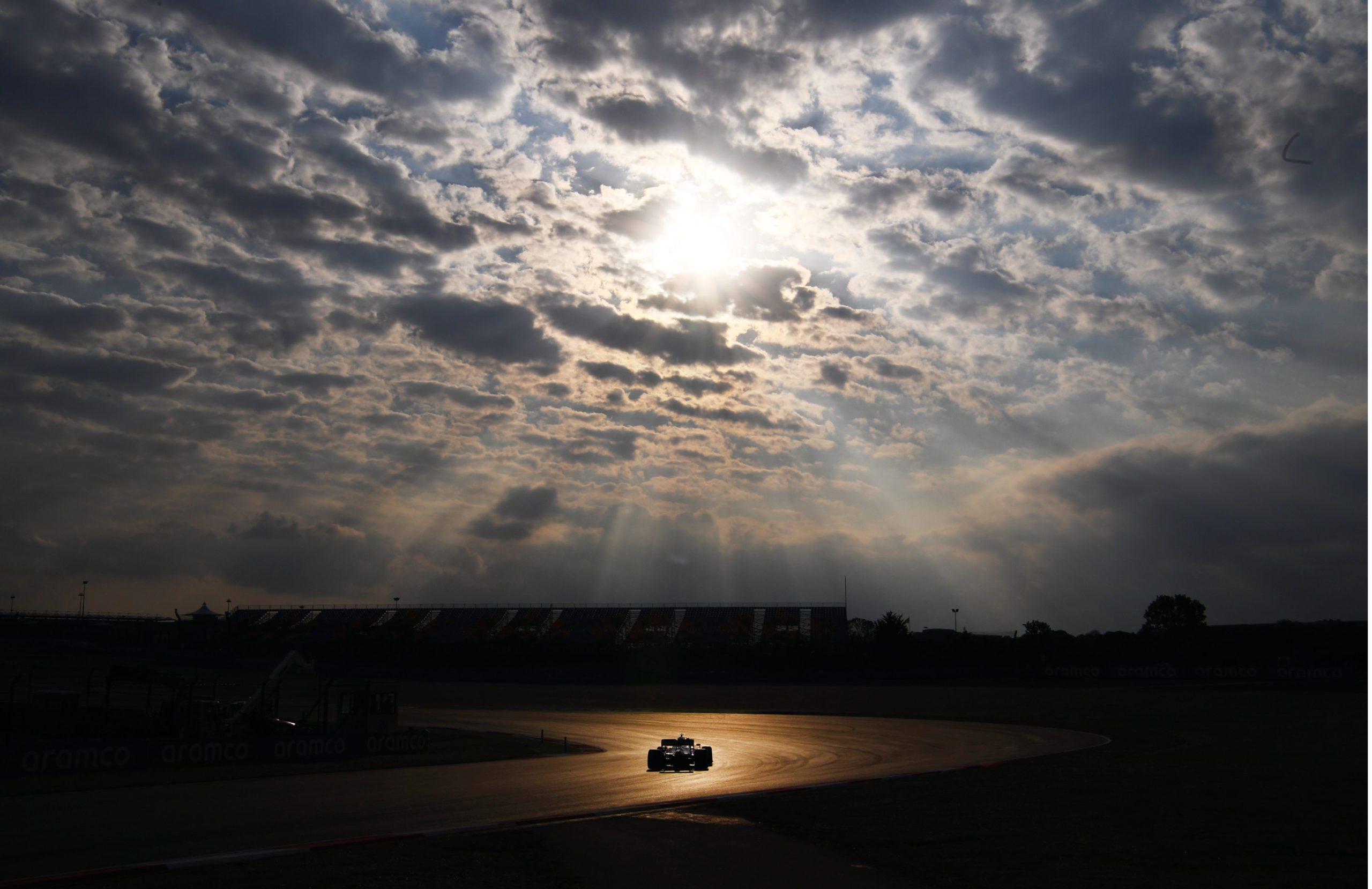 Racing Point’s Lance Stroll basks in the limelight during qualifying at the Turkish Grand Prix. He took pole — the first of his career 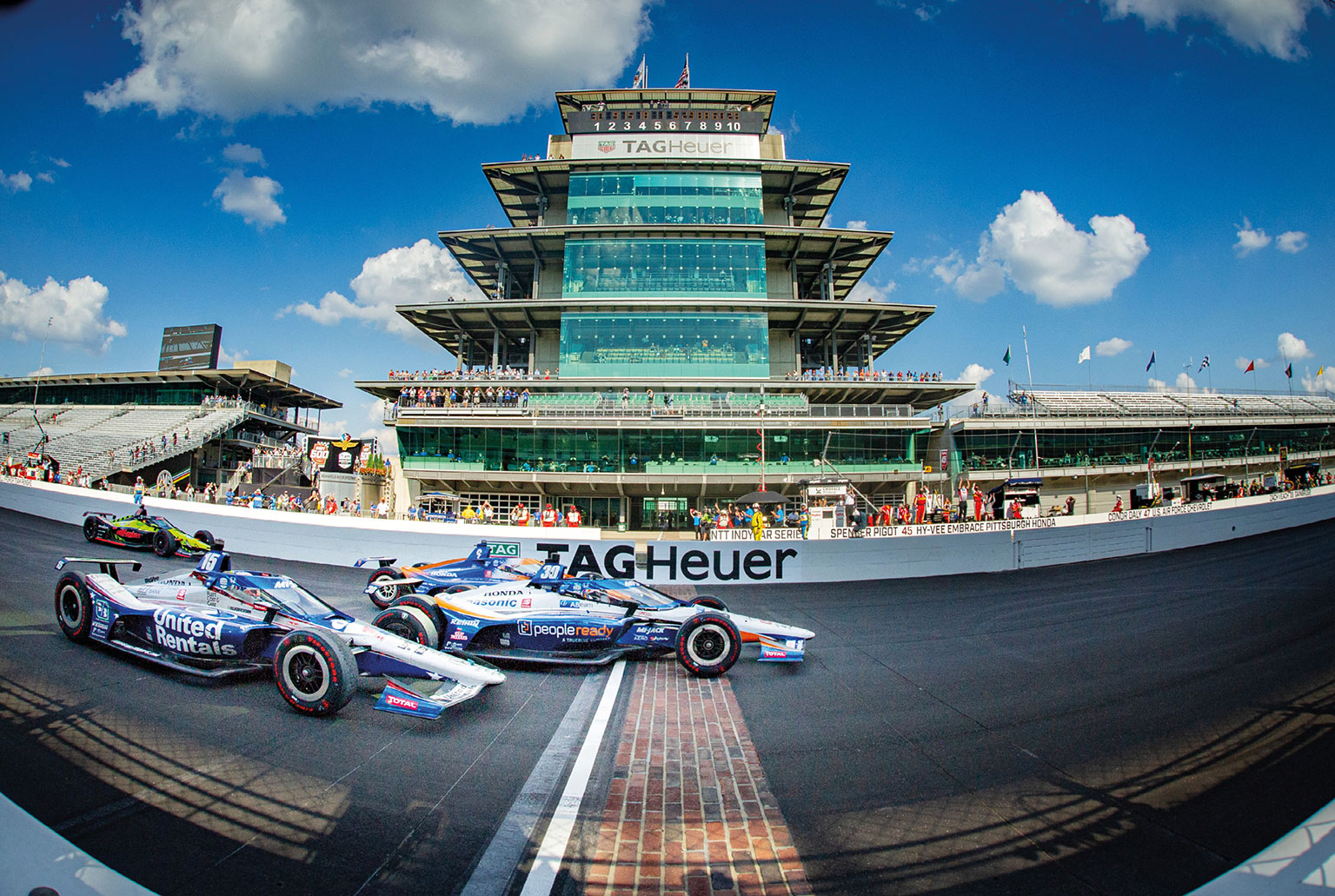 An unfamiliar calendar slot welcomed the Indy 500, as Covid restrictions meant the 104th edition became the first ever to run in August rather than May. It had a familiar victor though, as Takuma Sato took his second Indy win 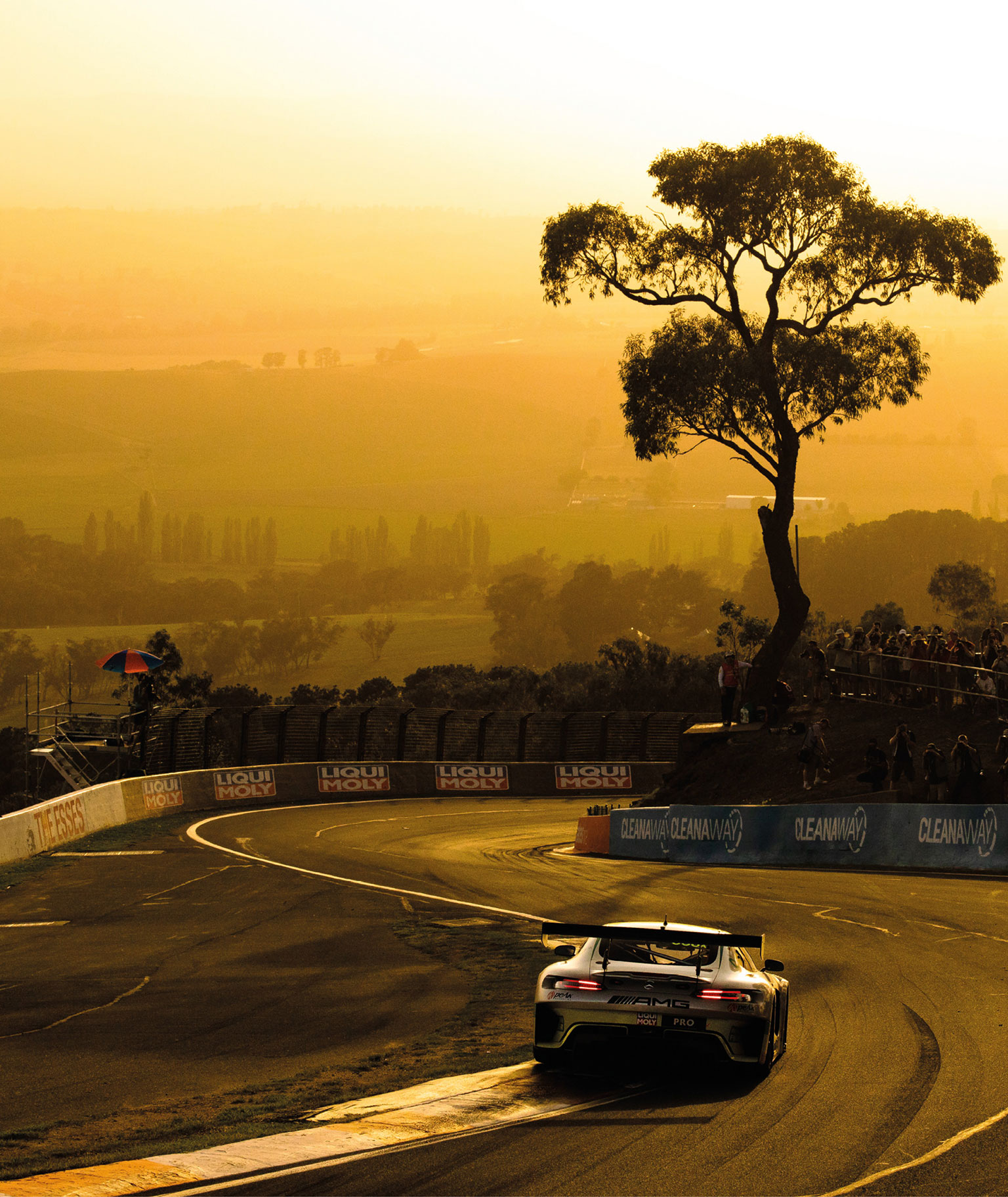 Little did we know what was around the corner… Before the pandemic Bathurst 12 Hour put on its usual glorious display at Mount Panorama. Here Maximilian Götz of Mercedes-AMG Team Triple Eight Race Engineering en route to the team’s third-place finish 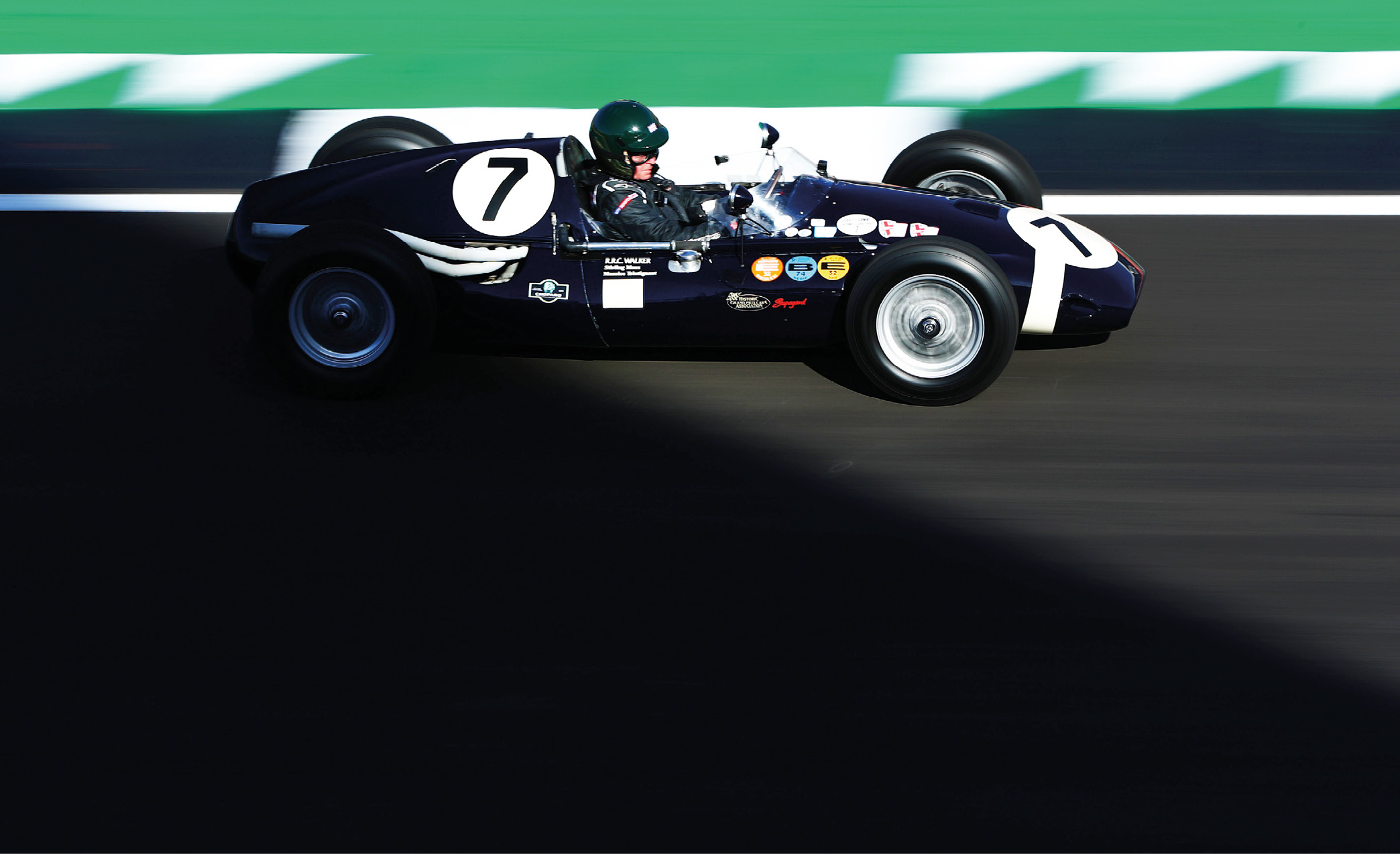 Martin Brundle at the wheel of Stirling Moss’ Cooper T51 before practice at the 70th Anniversary Grand Prix. “It’s a few months older than me but much better looking,” Brundle tweeted 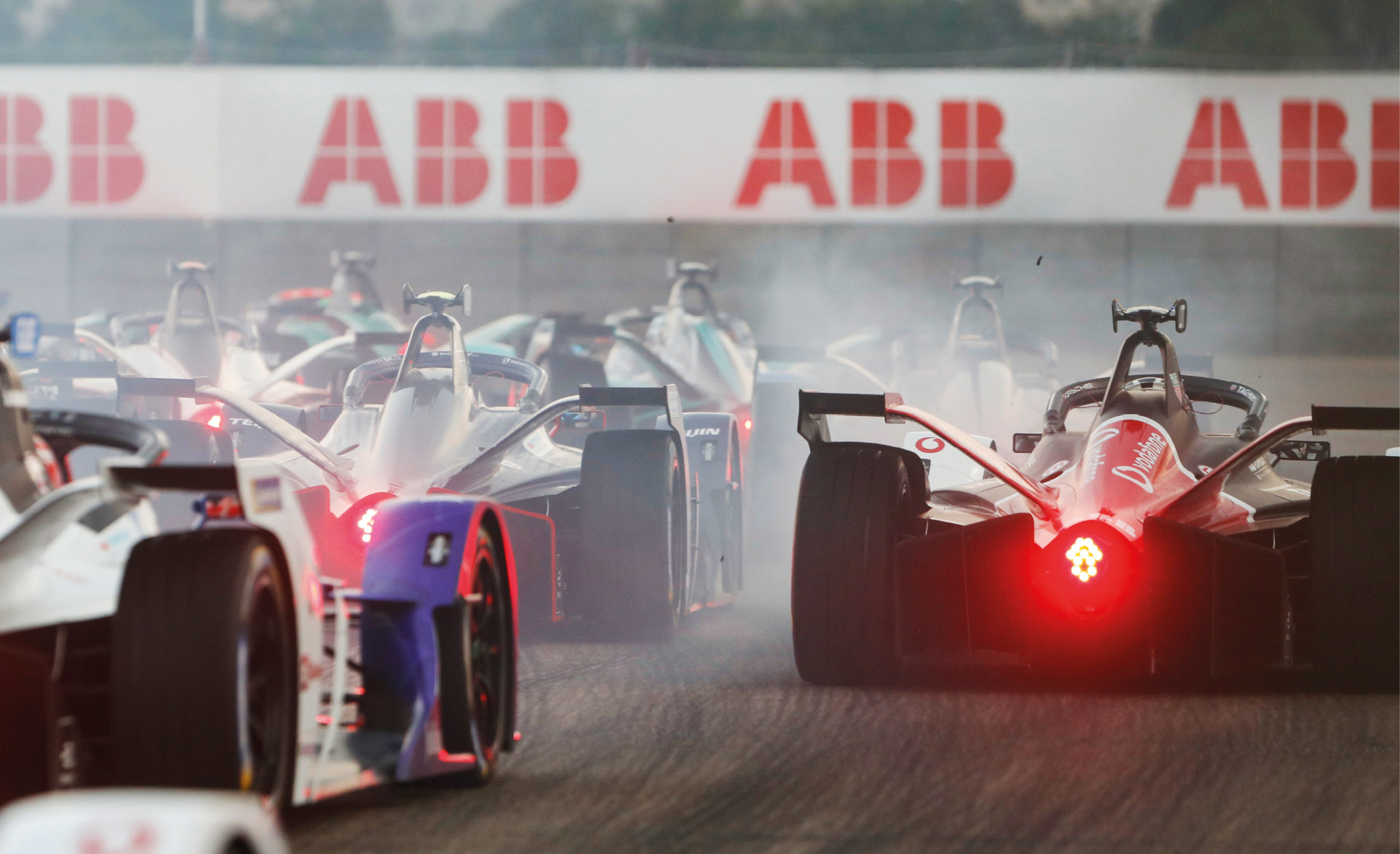 In the face of a virus-decimated calendar, Formula E rounded out its 2019-2020 season with an extraordinary sextet of races in Germany as Berlin Airport hosted the finale across three different layouts 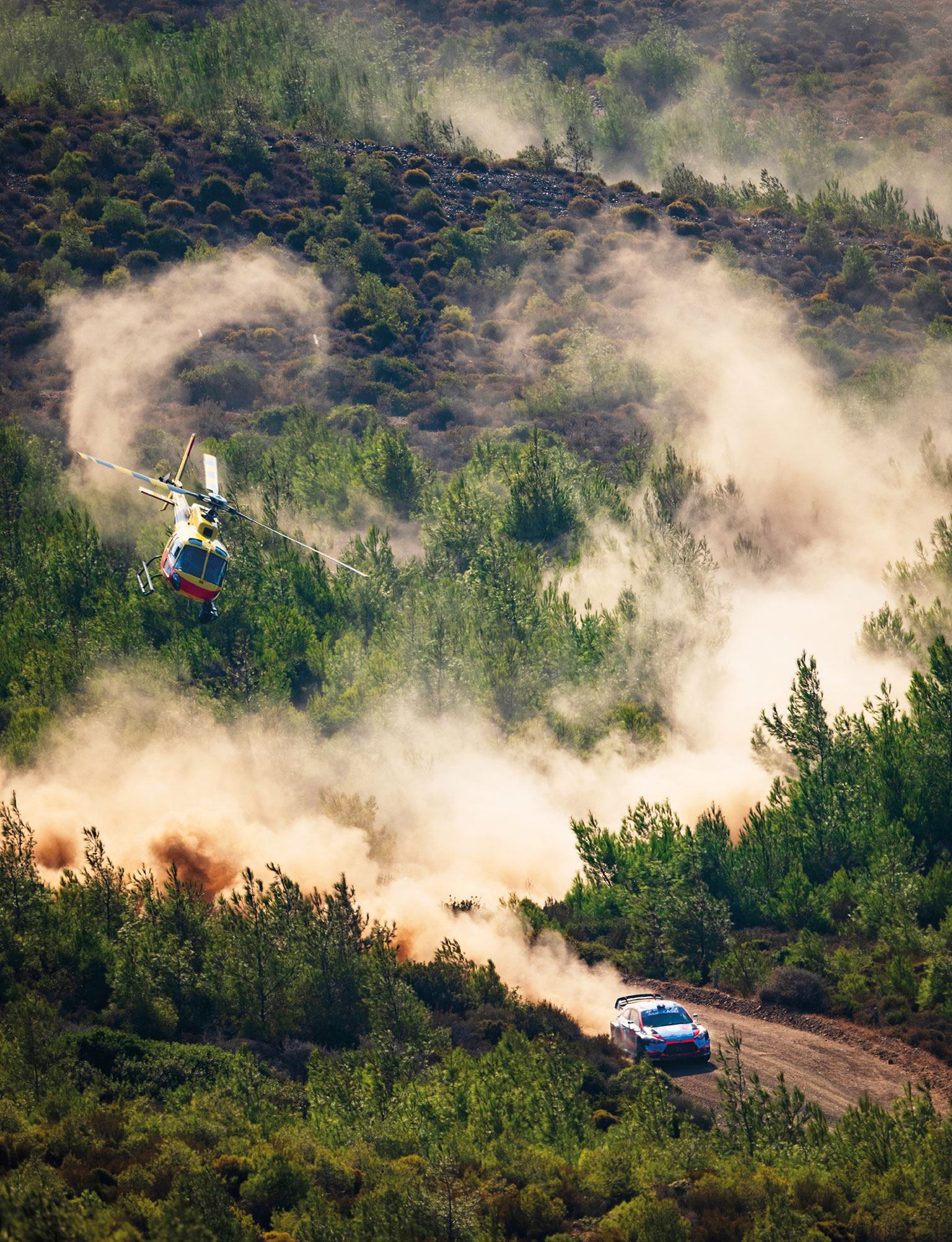 French duo Pierre-Louis Loubet and Vincent Landais kick up dust clouds in their Hyundai i20 Coupé during the 2020 Rally Turkey. The gravel took its toll on the day, giving punctures aplenty 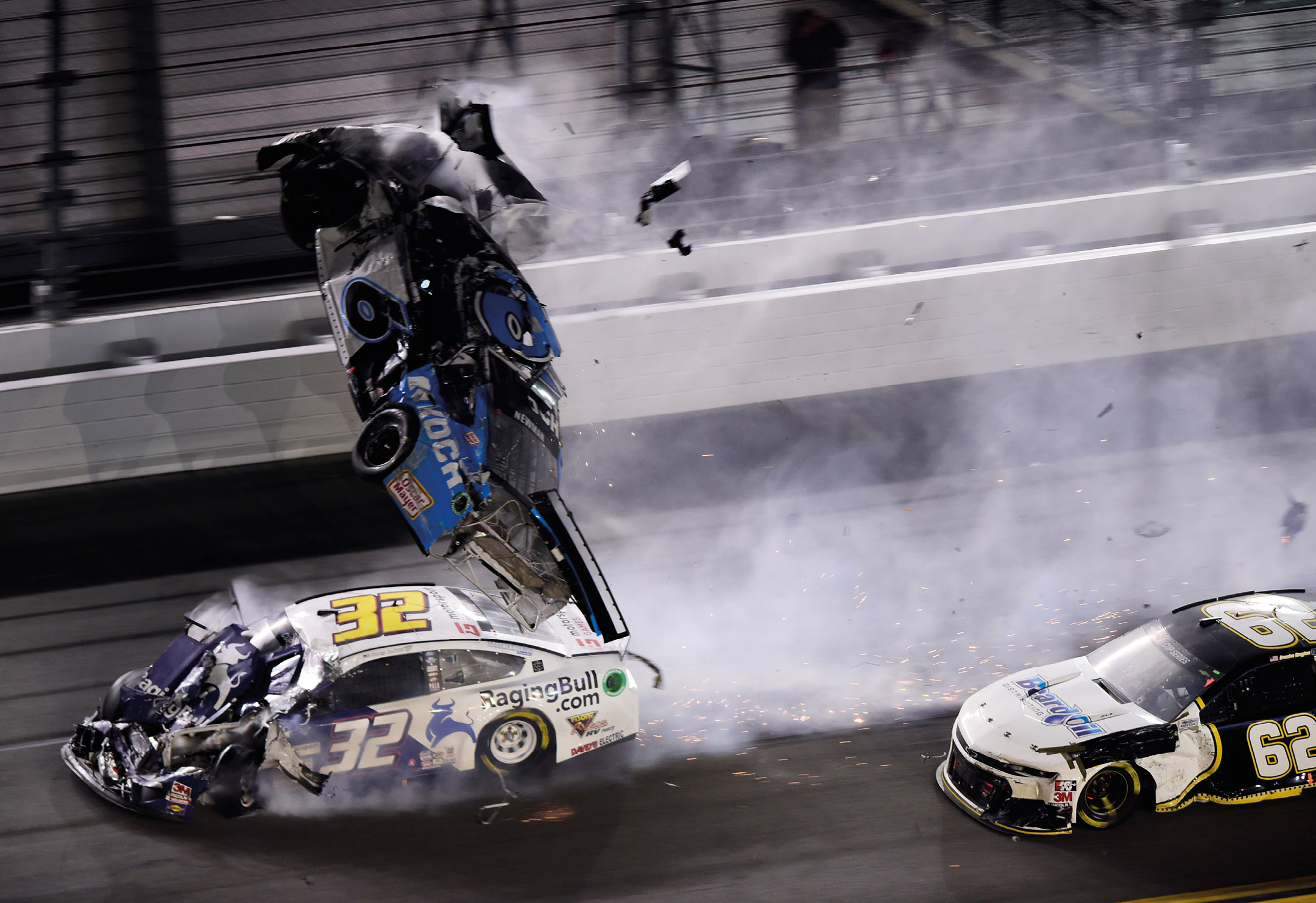 It’s lift-off for ‘Rocket Man’ Ryan Newman as his leading Ford is flipped at the Daytona 500. Despite serious injuries, Newman was back racing in May 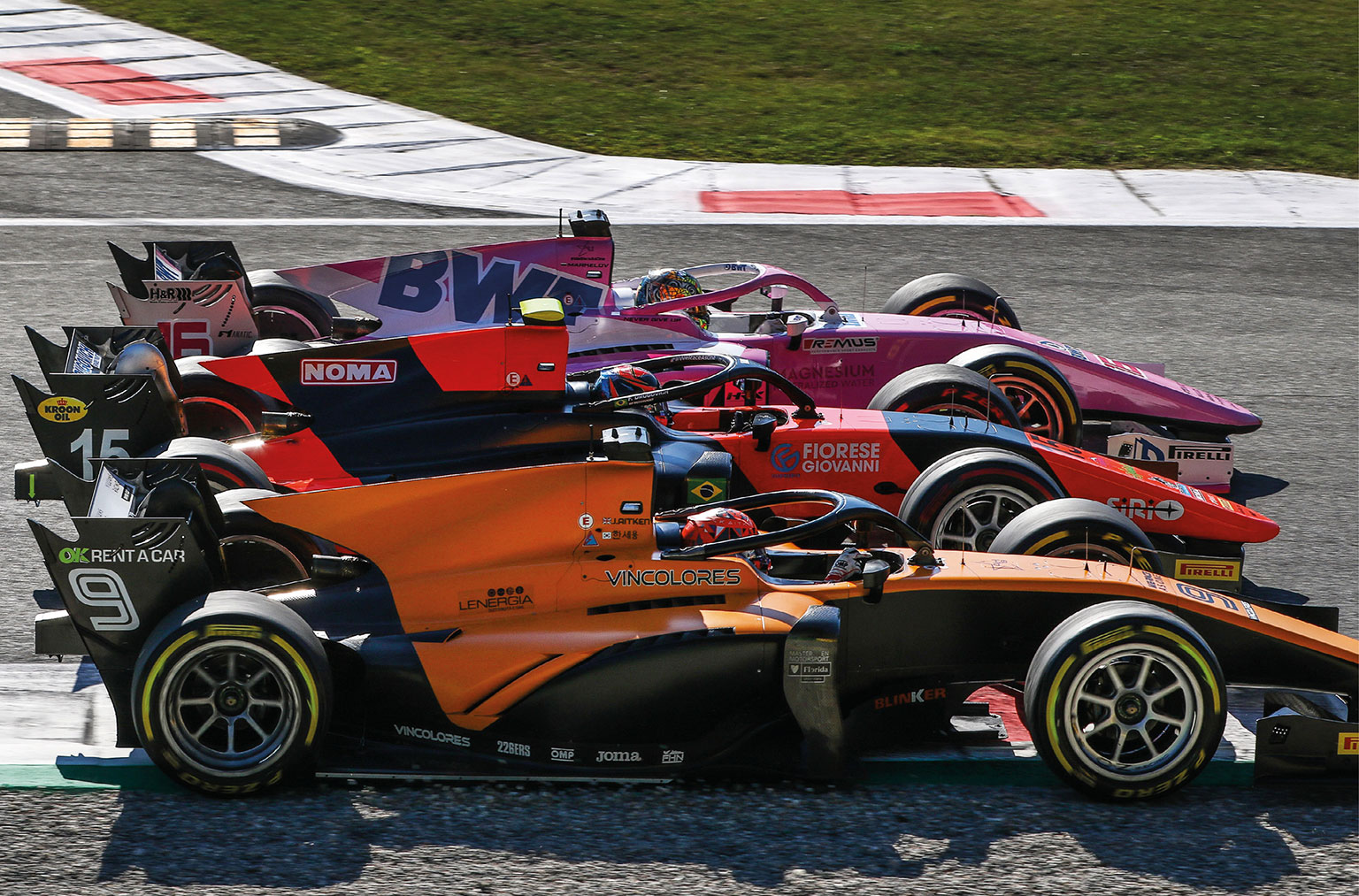 Jack Aitken (9), Felipe Drugovich (15) and Artem Markelov (16) at the eighth round of the Formula 2 season 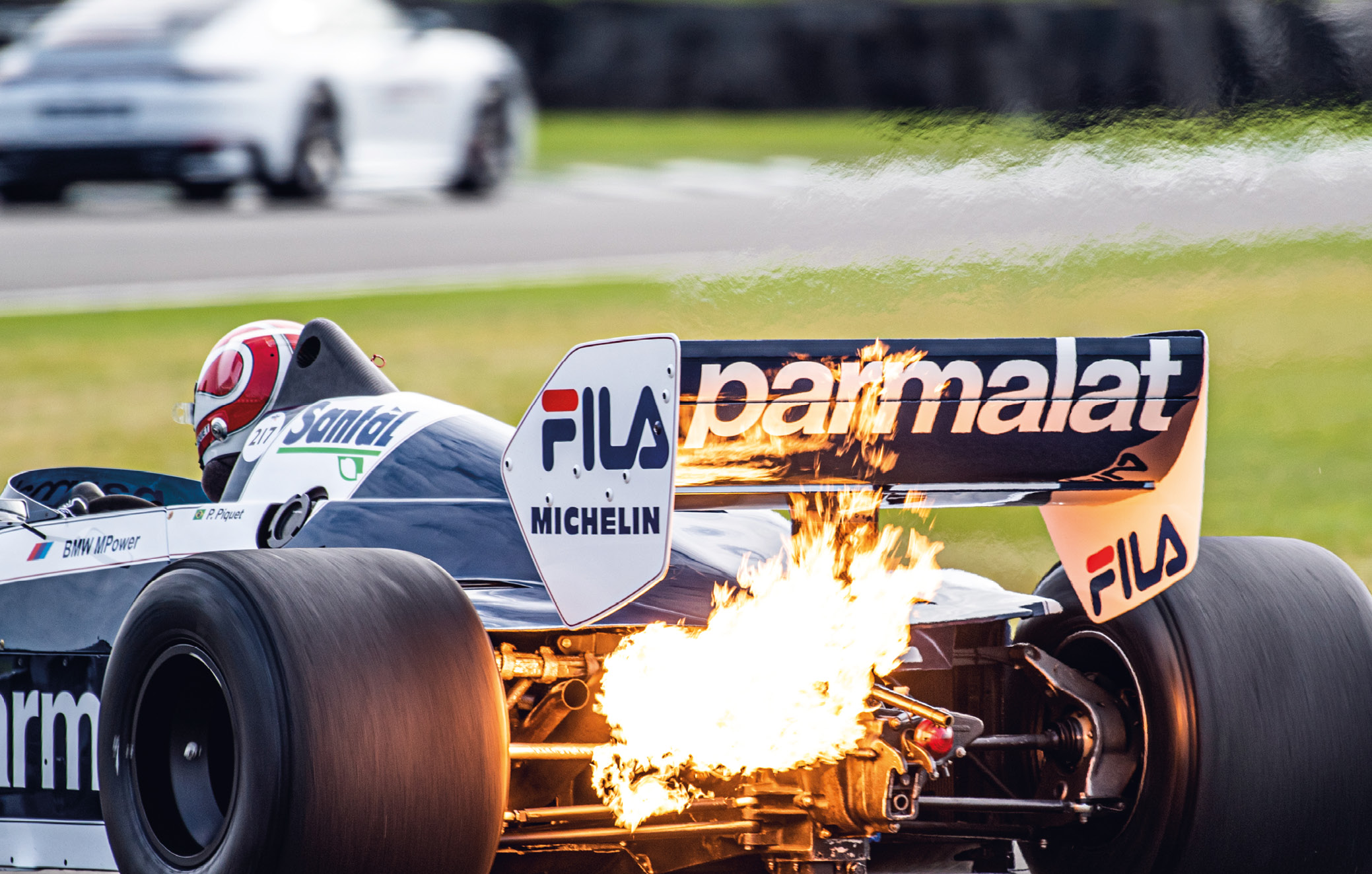 A Brabham BT52 provides the pyrotechnics at Speedweek 2020, Goodwood’s first event to be completely live-streamed in the wake of spectator restrictions 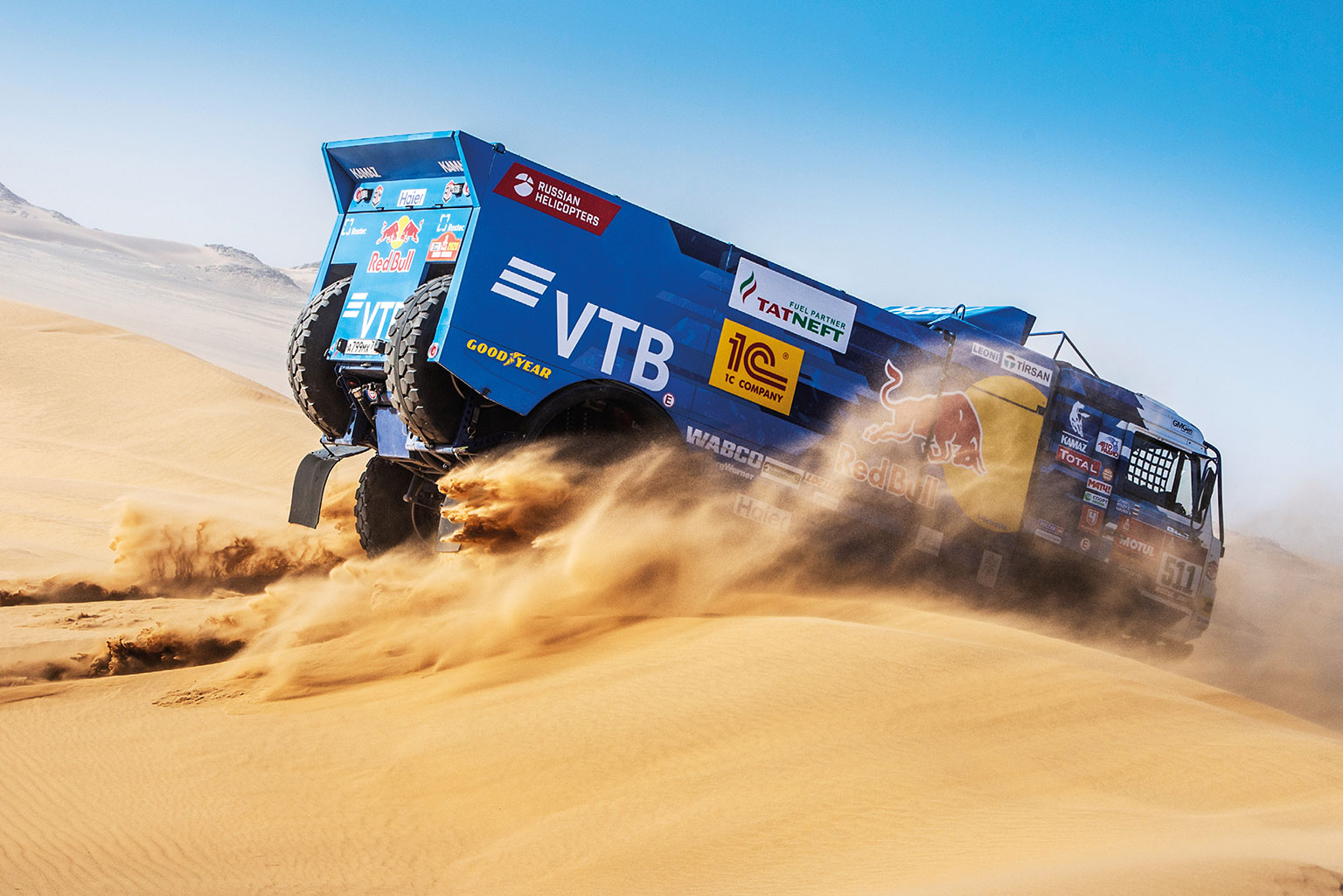 Like something from a sci-fi film, the Russian Kamaz 43509 of Dakar 2020 truck winner Andrey Karginov, Andrey Mokeev and Igor Leonov takes the desert dunes in its stride

At Le Mans it was a case of Toyota vs the rest. Conway, López and Kobayashi had taken pole but lost 30 minutes in the pits overnight with exhaust and turbo problems, dropping the crew to third 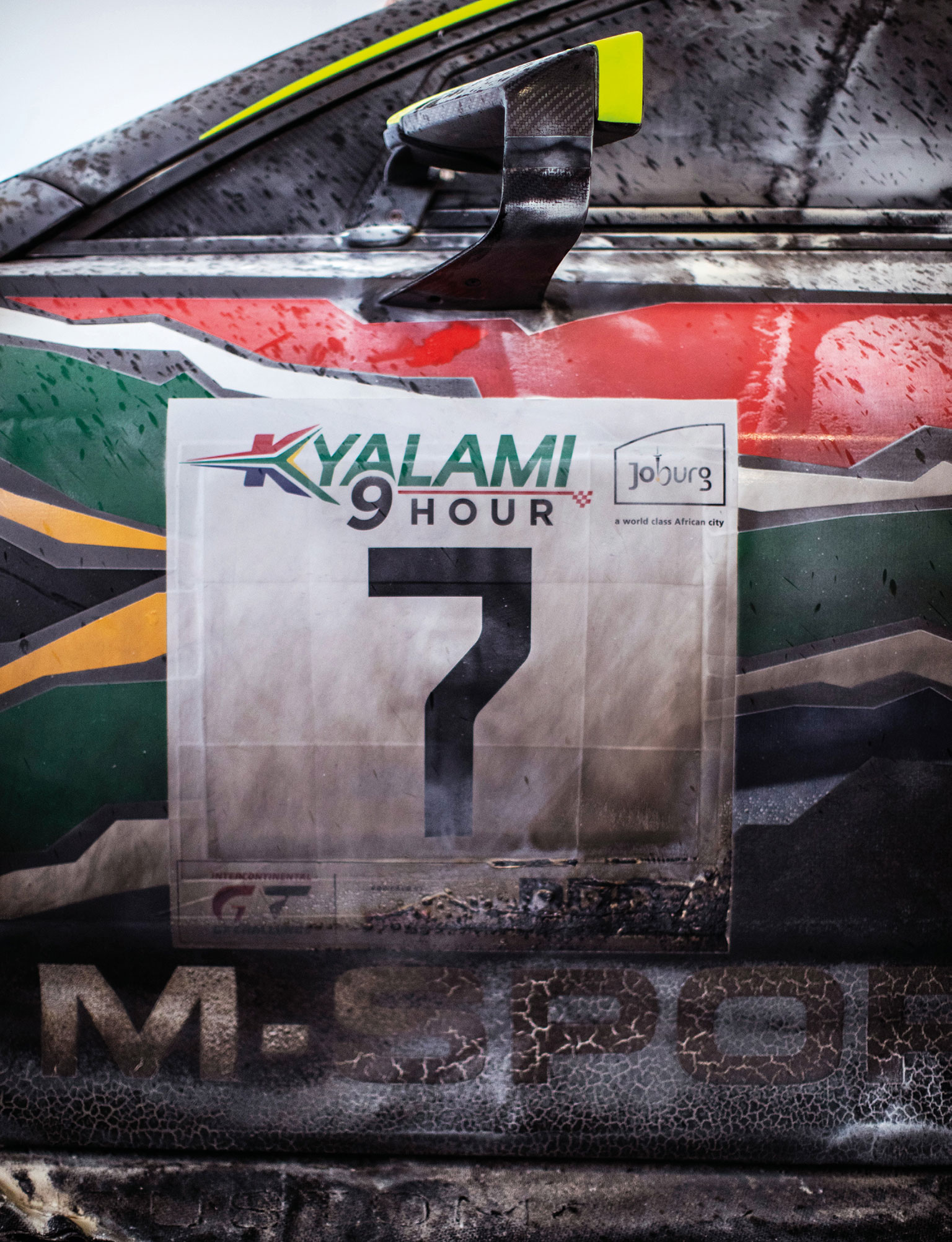 Bentley bowed out of factory GT3 racing at the end of 2020, and not in the way it would have liked. This is the charred aftermath of Maxime Soulet’s Continental GT3 at the 9 Hours of Kyalami. The sister car was ninth, three laps down 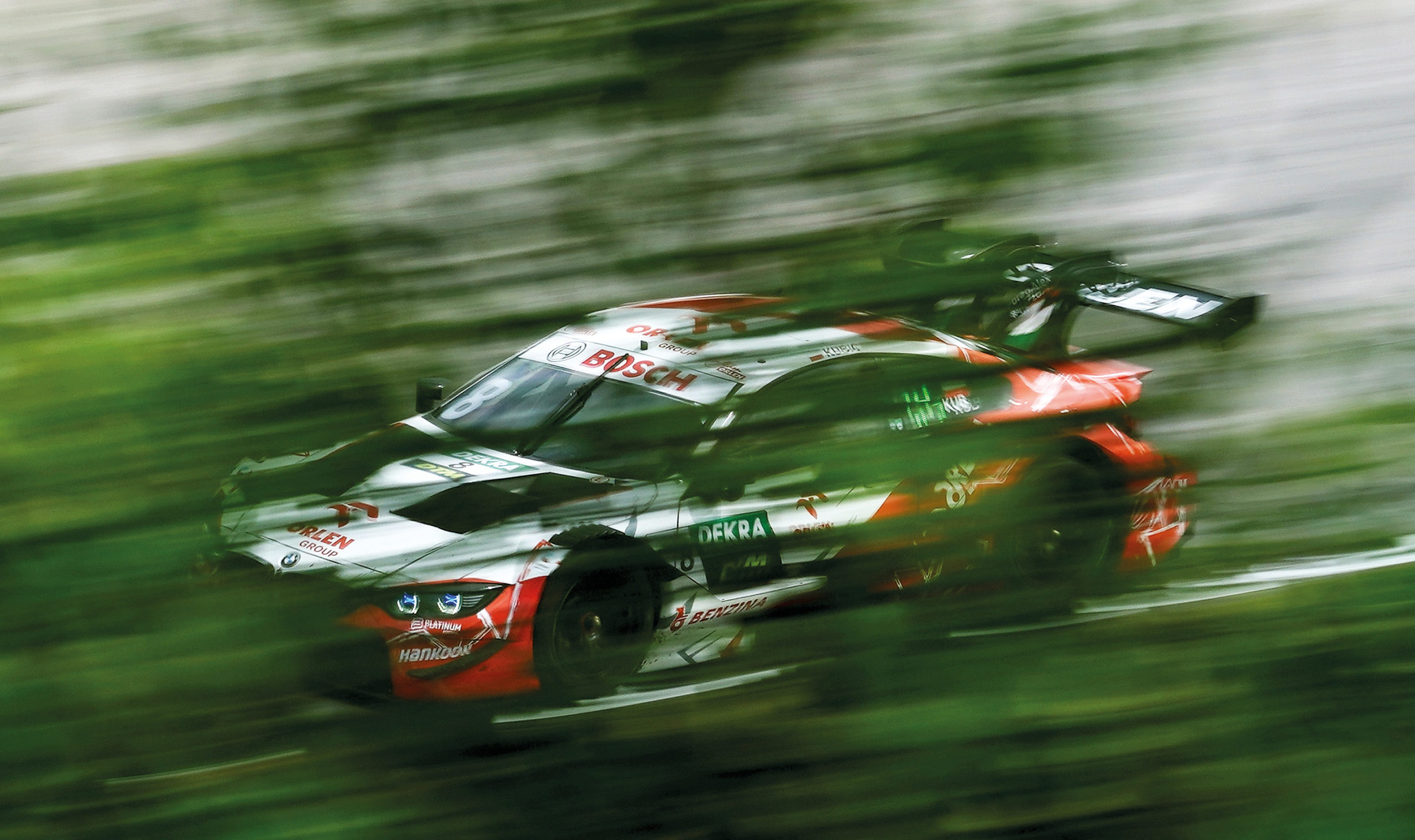 With his grand prix options closed off, Robert Kubica took to the DTM for his 2020 campaign, handling a BMW M4 Turbo for the ART team. It proved a tough gig, but he did score a podium finish at Zolder 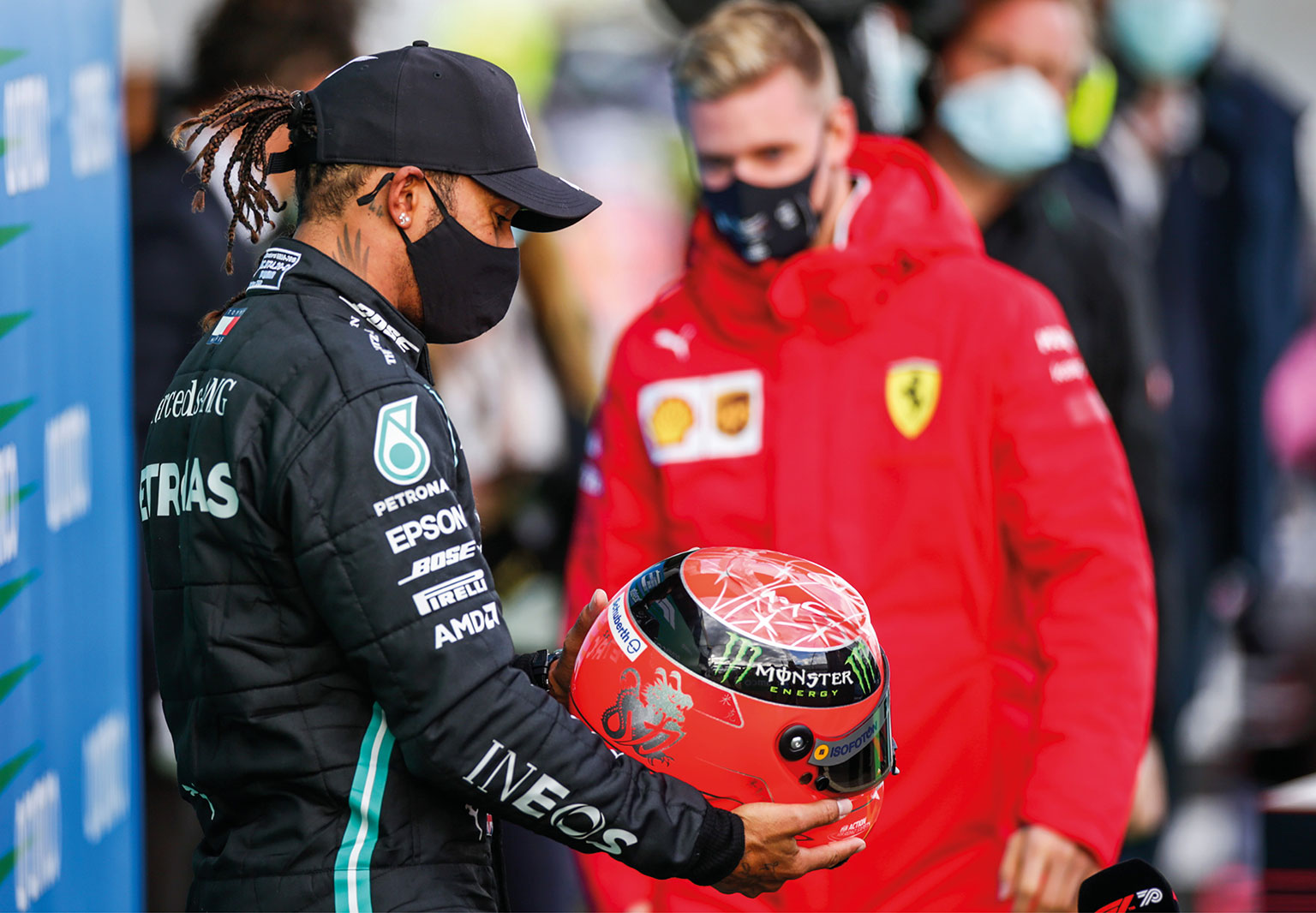 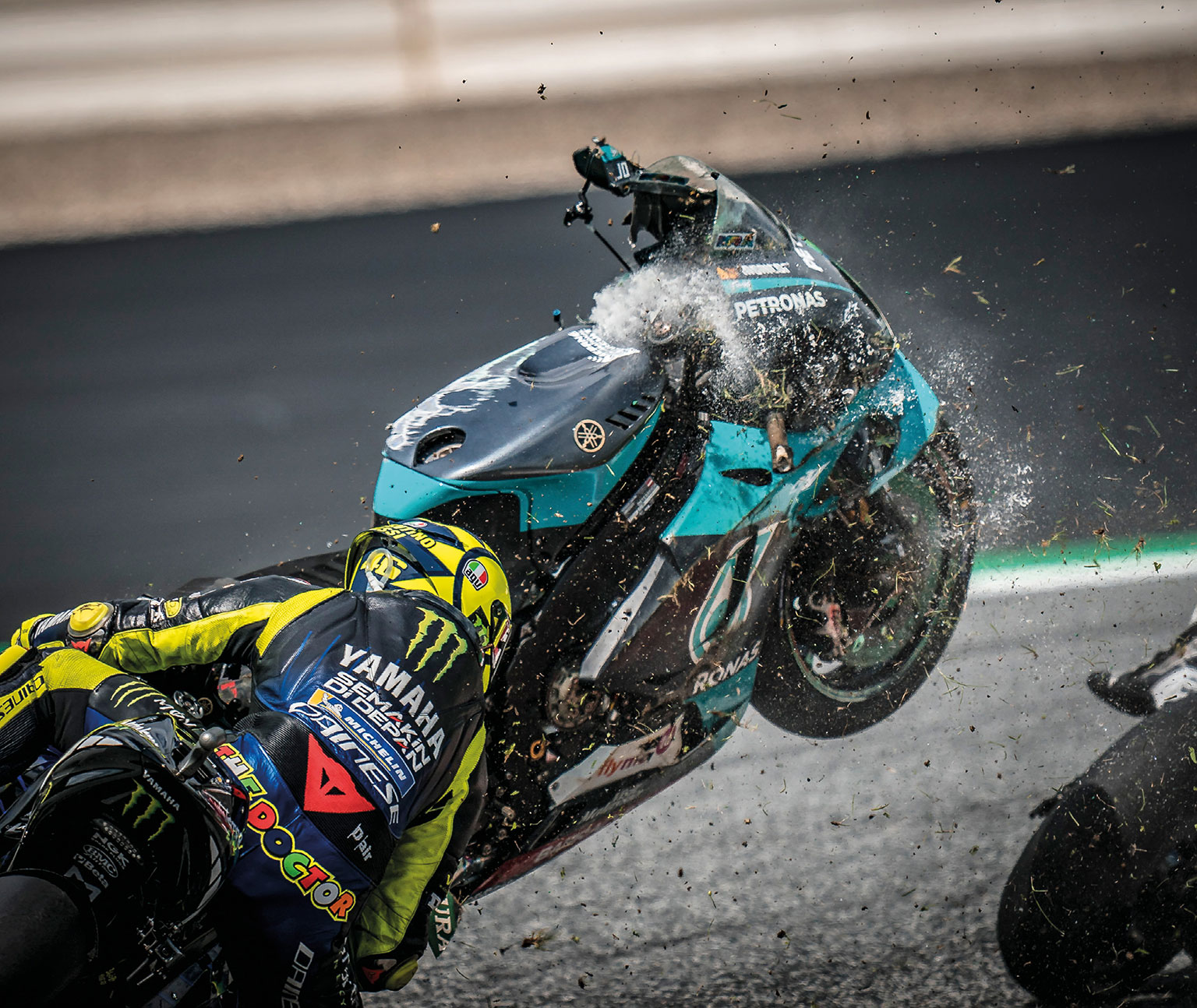 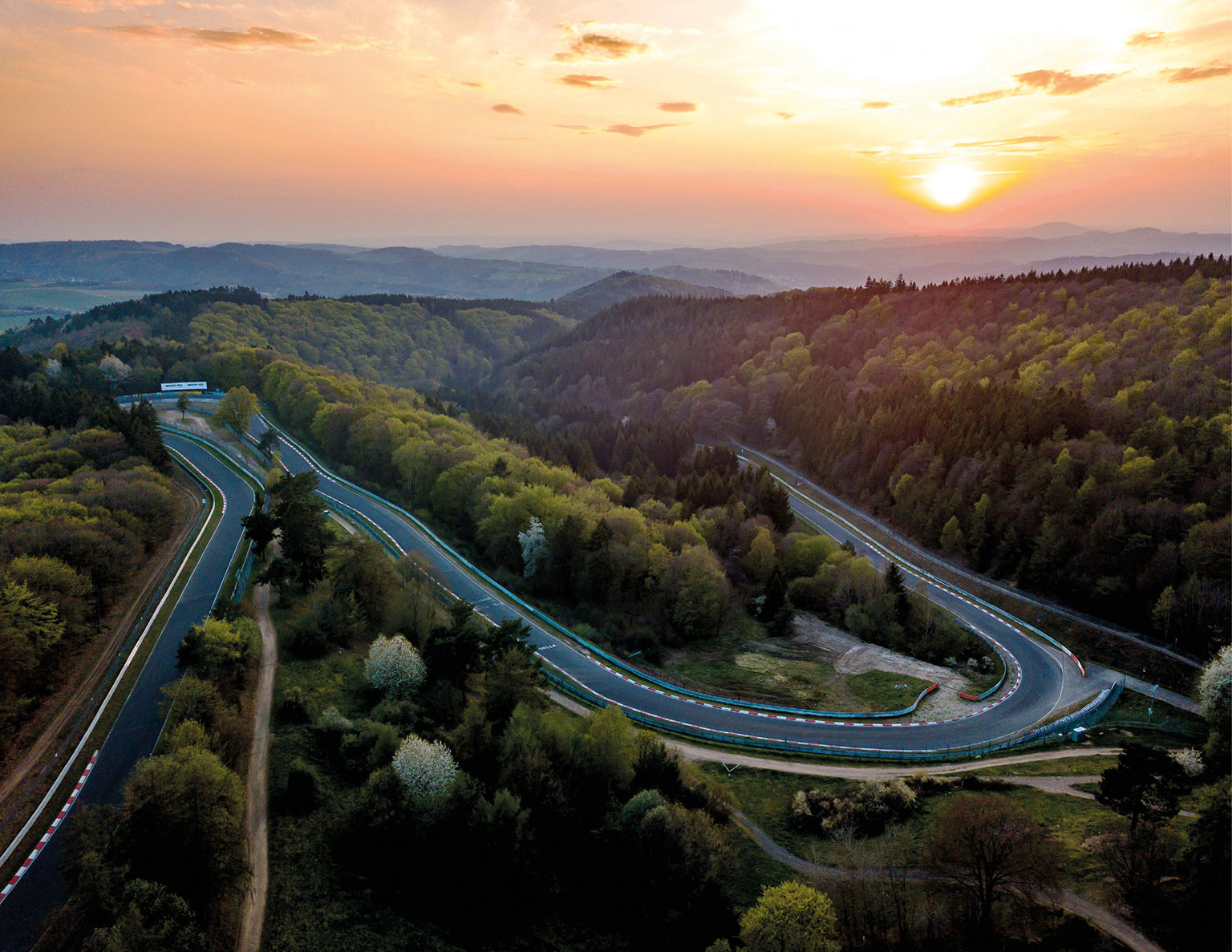 Another spectator-light event was the 24 Hours of Nürburgring. Postponed in May, it finally ran four months later 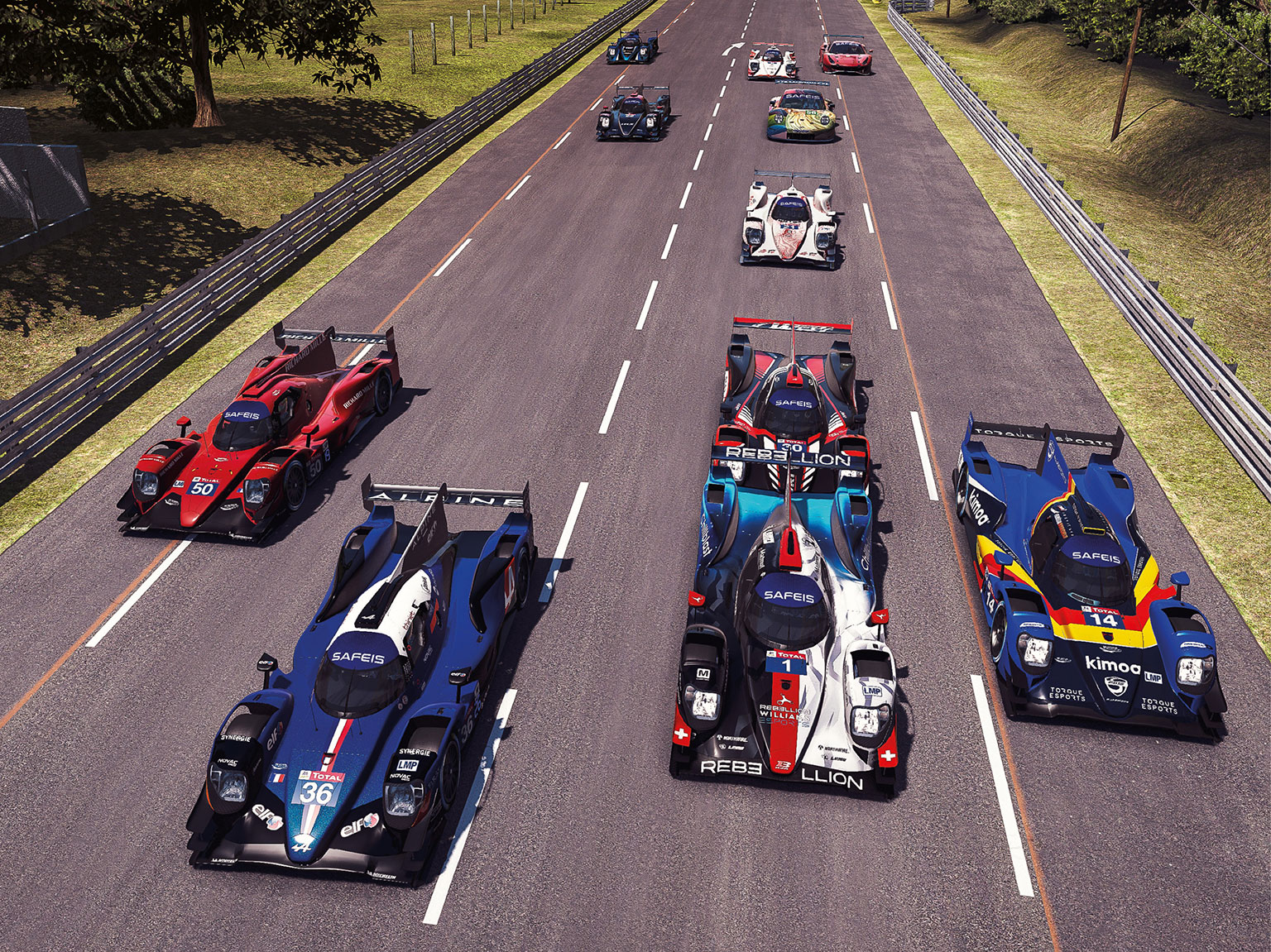 The show must go on’ was the thinking behind the 24 Hours of Le Mans Virtual. Taking place on the traditional LM24 weekend, this simulated version mixed top real-life racing drivers with elite sim racers 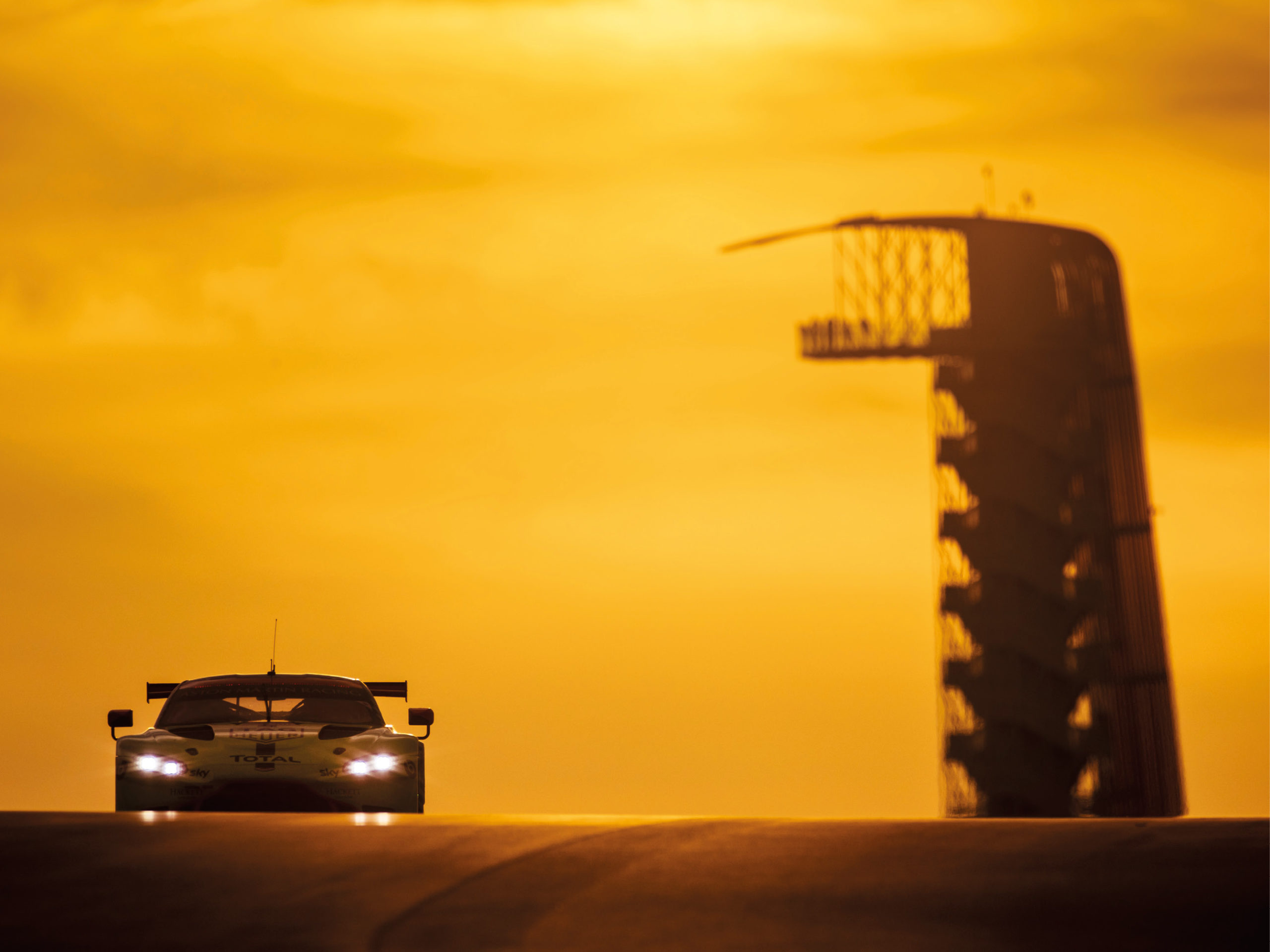 Aston Martin Racing’s Nicki Thiim and Marco Sørensen on the way to their third WEC GTE Pro win of the season at COTA, setting them up to secure the 2019-2020 title. Remember February? A time before furloughs, drive-in test centres, tiers and lockdowns

Have the new regulations worked? The five best races of F1 2022

With Formula 1 embarking on a new era in 2022, Motor Sport takes a look at the five best races of the season so far and the impact new regulations have had on racing