I’ve had so many great rivals but the one that lasted the longest was AJ Foyt. We fought really hard through the 1960s and ’70s, never gave an inch, and there were a few scrapes along the way.

When I arrived at the top level in Indycars he was already a champion, the one you had to go after, and when I won my first road race he was second, and that didn’t go down too well. That’s natural, I was new on the scene, and a thorn in his side.

I regarded him as the supremo on the dirt tracks but then, at the Hoosier Hundred in 1967, it got pretty serious. I beat him on the dirt. That race was a turning point – he’d always been the king there. That day I beat the king – I passed him right at the end.

I didn’t think I was a better driver than him, but now I knew that I could deal with him, and he thought he had me covered on the dirt. Did we fall out? Well, he did with me, always had some kind of snide remark, but I just let it go.

There was some tension between us outside the cockpit but on the track he was always correct. I never felt he would do something to really hurt me. I learnt a big lesson early on, in a Sprint car race in ’64. All the big guns were there, but I started from pole and Foyt started fifth. He jumped the start, caught me, spun me out and I lost a lap. I should have parked it but I wanted to get back up to Foyt and spin him out.

With a lap to go, I was back up behind him and then the chequer came out, he’d won the race, and that was a blessing… What a jerk I would have been if I’d spun him off. It would have haunted me the rest of my life and I decided that never, ever would that be a part of my make-up, to have revenge on the track.

When you win a race and your great rival is second, it’s a good day, and when you finish second to that great rival it’s still a good day. That’s healthy rivalry. AJ wasn’t friendly with me at the tracks, but we had a mutual respect for each other, and the days when you beat the best are the days you remember for ever.

There’s always someone better than you, someone who’s dominating, and that sure raises your game. You have to do something different to beat him. So you watch him, see what he does better, you work harder. This inspires you, and I love those challenges with a rival. When you learn how to beat them you sleep well at night.

The battles continued for many years. We were at the top of our game, but AJ was five years older, and by the end of our time I had the upper hand. Back then we were not friends, but now we are good friends, and every time I see AJ he says, ‘I can’t believe we’re still standing.’

We’ve mellowed with age and I tell ya, a few years ago, I wished him a happy birthday on Twitter. I said, ‘Happy Birthday to my BFF.’ AJ Foyt and his son Larry responded with, ‘What the hell is BFF?’

I tell him it’s ‘best friends forever’ and ever since we’ve exchanged birthday wishes. How things change.” 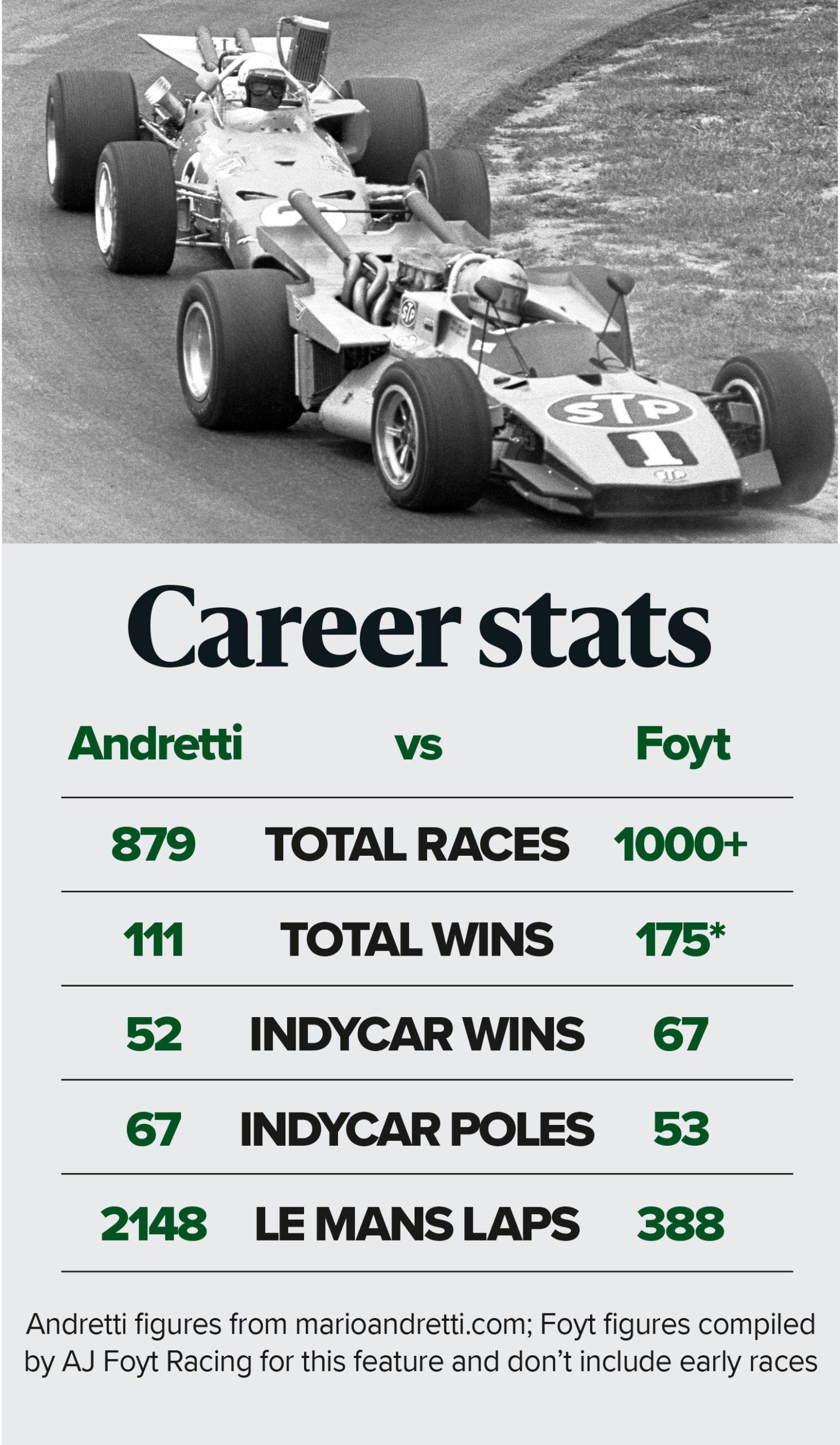