Chopard co-president Karl-Friedrich Scheufele must be one of few car enthusiasts to have competed in every Mille Miglia since his firm became its official sponsor way back in 1988. As it does every year, Chopard created a special Race Edition piece to mark the 2020 rally, and for the first time unveiled a futuristic concept watch inspired by motor sport. A hefty 48mm job with an asymmetrical case made from blackened titanium and fitted with a tourbillon movement, it costs as much as a decent car and isn’t an ‘everyday wearer’.

But Chopard’s brand-new Alpine Eagle chronograph certainly is, and there’s a nice story behind it. In 1979, when Scheufele was a 22-year-old apprentice at the family-owned firm, he noticed that the Chopard line-up lacked a sports watch – something that niggled, since he was a keen skier and sports car driver.

At the time, the Patek Philippe Nautilus and the Audemars Piguet Royal Oak had proved the demand for luxury sports watches so, inspired by their aesthetic, the young Scheufele sketched out his vision for a Chopard version, and a model called the St Moritz was born.

Featuring a cushion case topped with a bezel secured by visible screws set into small bulges, the watch was fitted with an integrated bracelet and powered by a quartz movement (this was the 1980s, remember). Officially unveiled at the Basel watch fair in 1980, it remained in the Chopard catalogue for more than a decade and thousands were sold.

Fast-forward to 2015, and Chopard was developing a new steel which would enable it to create lighter, more resistant watch cases. Around the same time, Scheufele’s 20-year-old son spotted a St Moritz in the Chopard museum and persuaded his father to recreate it in a 21st-century form. The Alpine Eagle hatched.

New from the ground up, it’s the first Chopard to use the innovative steel (Lucent A223) that’s 50 per cent tougher than regular steel and lighter, too. At 44mm in diameter, there’s a choice of either blue or black dials and steel, bi-metal or rose-gold cases, with everything made in-house, including the flyback chronograph movement.

The inspiration for the Alpine Eagle name, by the way, came from the fact that Scheufele is one of five founder members of the Eagle Wings foundation that raises awareness about the threat to alpine eagles.

As a result, the watches have textured dial designs to evoke the iris of an eagle’s eye, hands based on the shape of its feathers and crowns engraved with a compass rose to symbolise the bird’s remarkable navigation ability. 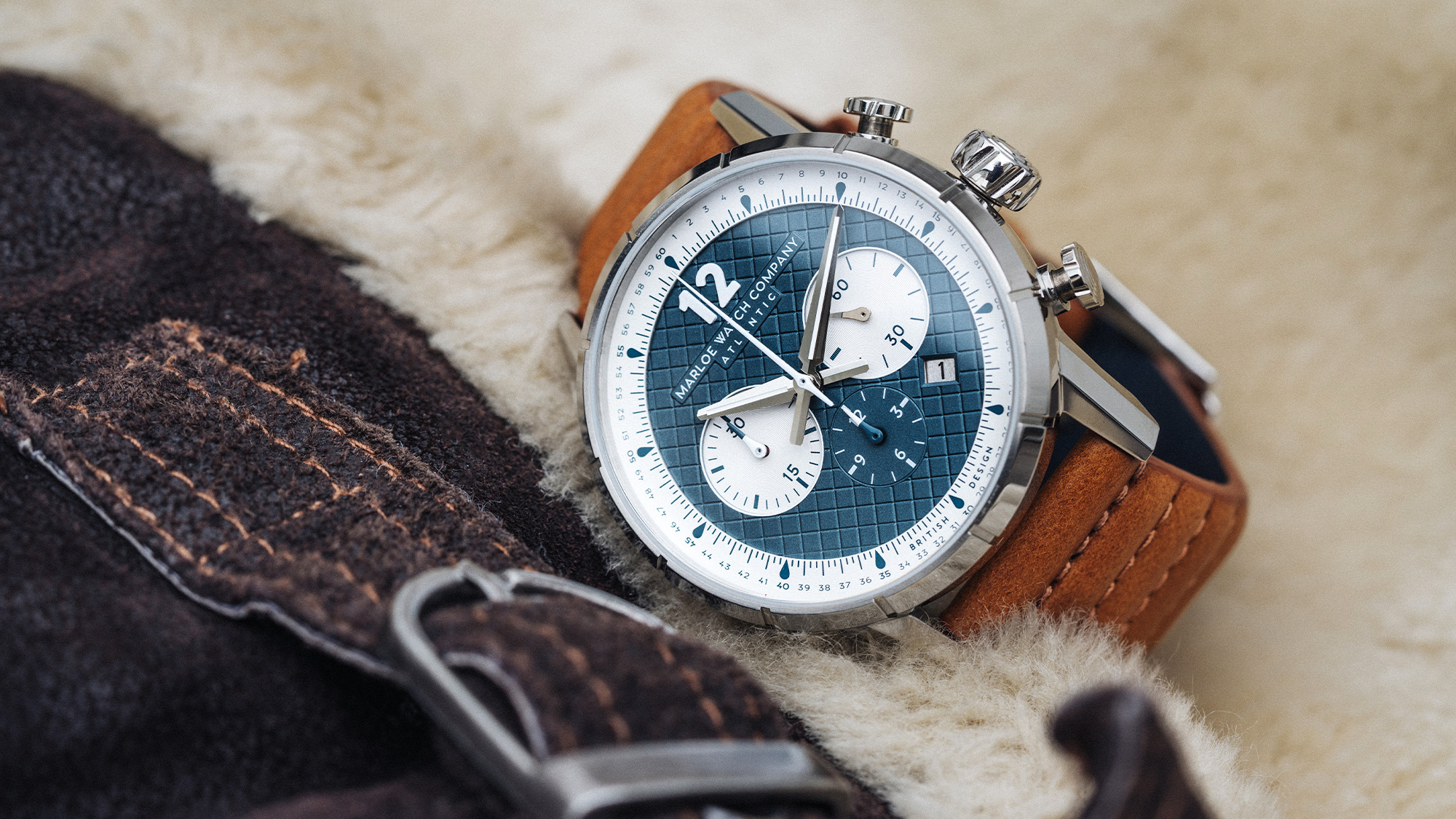 The UK-based Marloe Watch Company is going from strength to strength, as evinced by its Atlantic Chronoscope range inspired by the dawn of transatlantic air travel. The R34 is the first available model and commemorates the airship that made a return trip to the US in 1919. Powered by a Seiko automatic movement visible through the transparent back of the 43mm case, the watch has a ‘quilted’ dial based on the airship’s envelope. Each watch in the first run of R34s will be individually numbered. 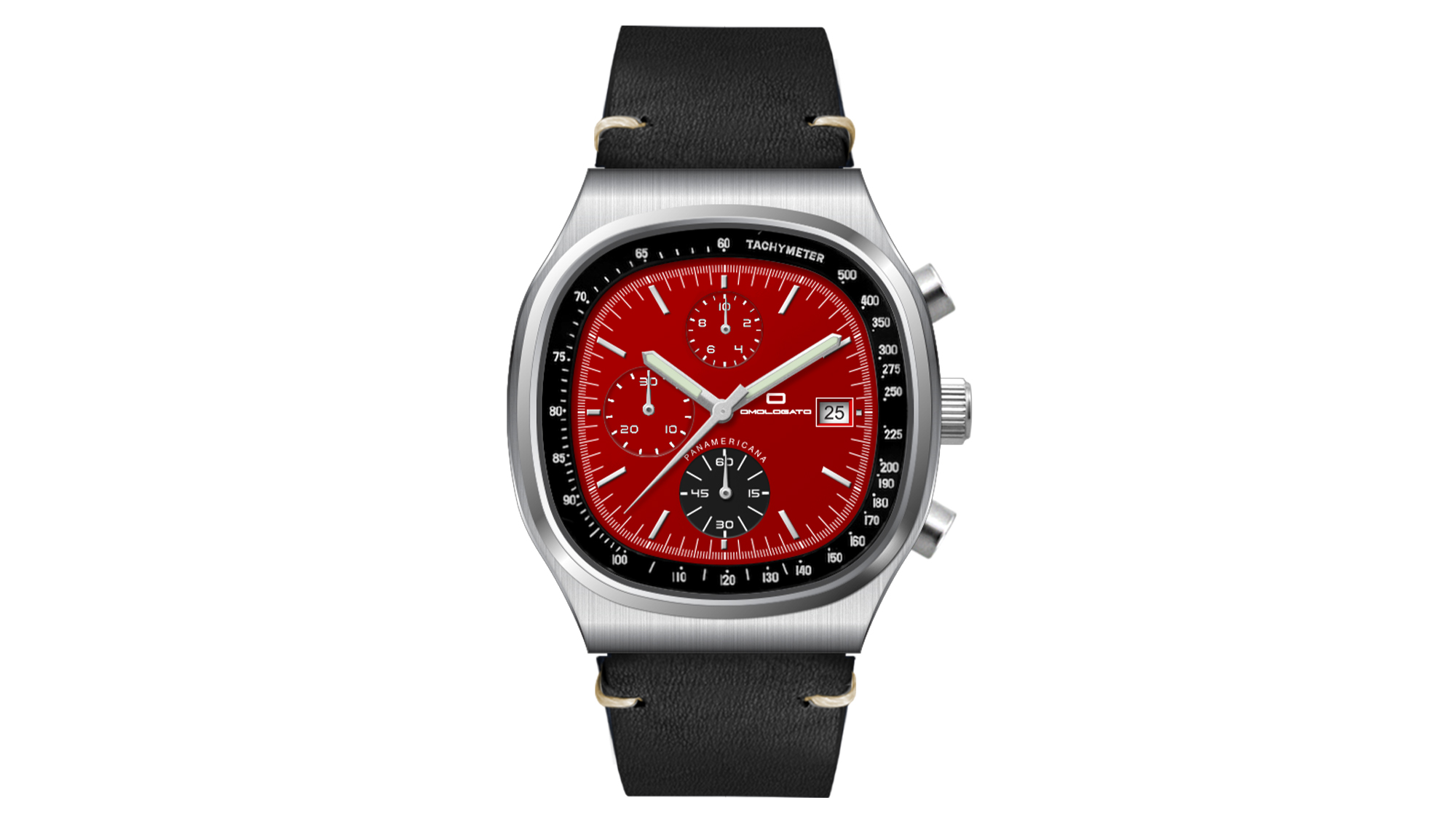 Few, if any, brands offer such a range of watches dedicated to motor sport as Omologato, and its affordability has made the name a favourite among collectors. Now it is celebrating the Panamericana road race that dates back to 1950, when Mexico became the first Latin American country to complete its bit of the 19,000-mile road linking Alaska and Argentina. The 40mm chronograph with a ‘soft-square’ case and luminous hands is available in black, blue, grey or red dial colours. Pre-order online.