Michael Fux is a Cuban-American entrepreneur who has feathered his nest most luxuriously by selling mattresses on a king-sized scale. He’s famous in the luxury car world for using some of his fortune to buy bespoke motors in eye-searing colour combinations.

Three years ago he caused a stir at Monterey Car Week when he took delivery of his 11th customised Rolls-Royce, the ‘Phantom in Fuxia’, which was finished in his own personal paint colour called Fux Intense Fuxia Pearl that was inspired by the petals of a purple pansy that had been minding its own business in a flowerbed at the 2013 Pebble Beach Concours.

Back in February 2021, the self-proclaimed ‘mattress mogul’ described the  McLaren Speedtail, pictured here, as “my favourite baby right now” when he showed it off on Instagram (@fuxwithmichael), eulogising about its state-of-the-art aerodynamics that made it wonderful to drive at high speed. “Once past 125mph, you’re glued to the ground,” he said.

Now, less than 12 months and a mere 194 miles later, Fux has consigned the unique Volcano Yellow car to Mecum’s massive 10-day January sale where it will cross the block along with more than 3500 other lots (three Fux Ferraris being among them, an 812 GTS, an SF90 Stradale and an F8 Spider). 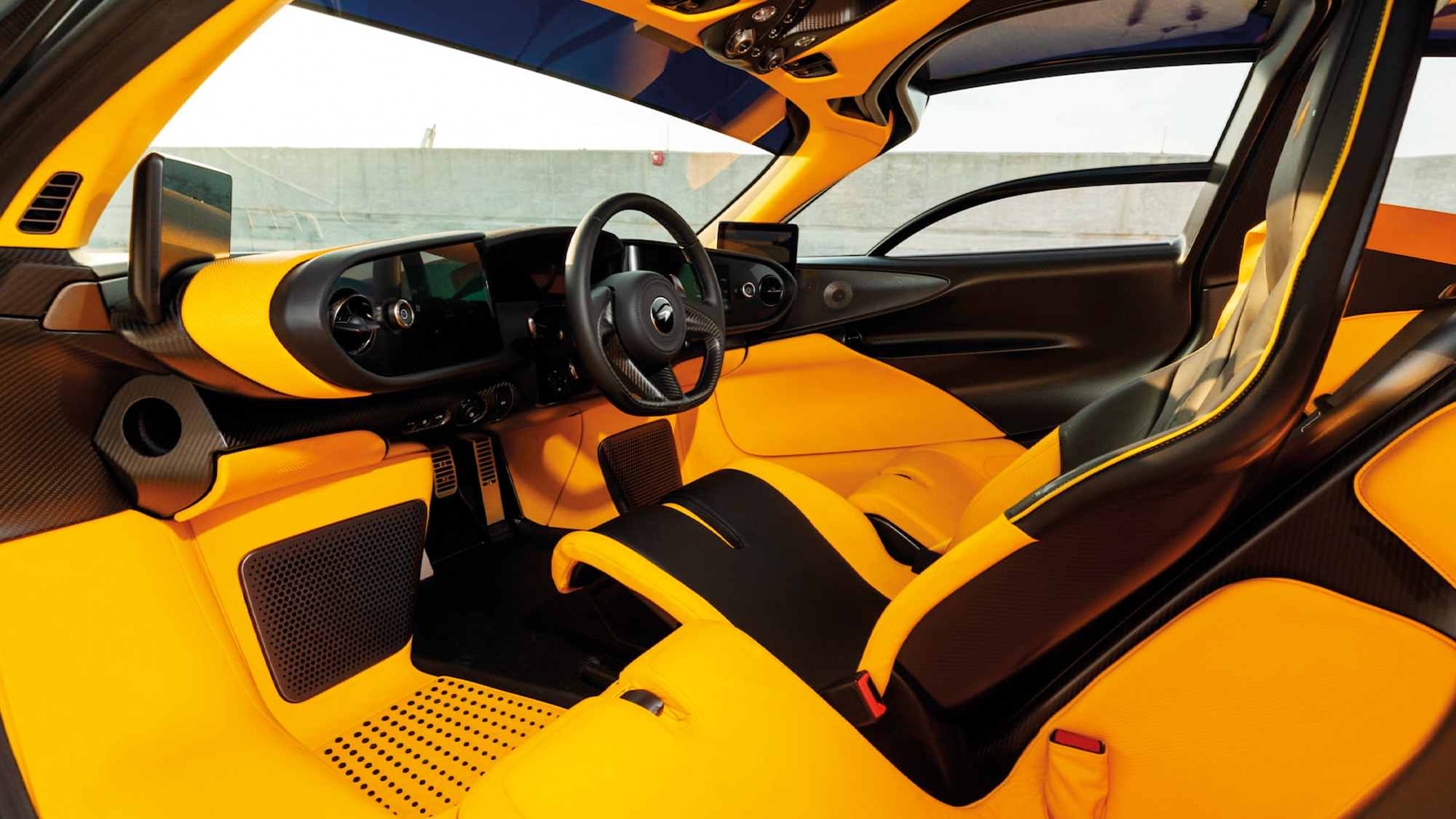 Yellow and black interior is not for the faint-hearted

The 2020 model is number 100 of the 106 Speedtails built (the ‘106’ matching the quantity of McLaren F1 sports cars produced from 1992-98) and, to complement the distinctive paintwork, it features a bespoke yellow and black interior made from semi-aniline quilted leather commissioned by McLaren’s Special Operations division which produced the car.

Under the engine cover lurks the ‘regular’ Speedtail four-litre, twin turbo, V8 petrol powerplant which is linked to a 310hp electric motor, a combination that results in a claimed 1035hp and a maximum speed of 250mph.

The reason for the sale has not been revealed, but the fact that the Speedtail can’t technically be registered for road use in the US (no side airbags, and cameras instead of door mirrors being but two of the stumbling blocks) could be something to do with it – although applying for special ‘show or display’ status allows such cars to be driven up to 2500 miles per year due to being ‘historically or technologically significant’.

More likely, however, is that Fux has grown bored with his long-awaited toy and will happily take a profit in exchange for allowing someone else to assume the Speedtail’s driving seat (that’s the one in the middle, by the way).