There’s nothing like battered luggage for that ‘country house look’ in a home. That works for cars too. A weekend away in your Ford Anglia or Lagonda LG 45 just wouldn’t seem right with wheeled hardshell cases in the boot. And this might be a good time to buy: Adam Sykes of H&H Auctions feels this market has slackened. “It’s smaller than it was – people would rather pay more for Finnigans or Louis Vuitton, whereas average pieces sell for less than a few years ago.”

Before the integrated boot on a car, body makers installed a rack where you could stack anything from shopping to a fitted trunk. A hinged top and side revealing slide-out suitcases confirms motoring genes, but beware: if it looks shiny and perfect it could be new – it’s a popular add-on in the classic world. Ideally it should have that slightly scuffed, miles-under-its-belt appearance. They can be made of metal, but more likely leather-covered board. A scruffy one can be £1-£200.

Branded luggage has its own cachet but for that motoring connection Dunhill and Finnigans are prime labels. To efficiently fill those sloping boots on 1930s vehicles some makers such as Brooks offered chisel-edge suitcases sometimes within a matching trunk, but Sykes notes: “tapered cases missing their enclosing box are hard to sell because you’re very unlikely to find the matching trunk”.

By the 1950s and ’60s specialist luggage was unusual, although Adam says you do find motoring-themed items such as vanity cases with map holders.

Freight carrying being low on the priority list for performance cars, the leftover spaces are often oddly shaped. Case in point, the Mercedes 300 SL. If you ticked the luggage box, you would receive a suitcase for the rear shelf plus two tapered cases for the boot – all expensive to find today. 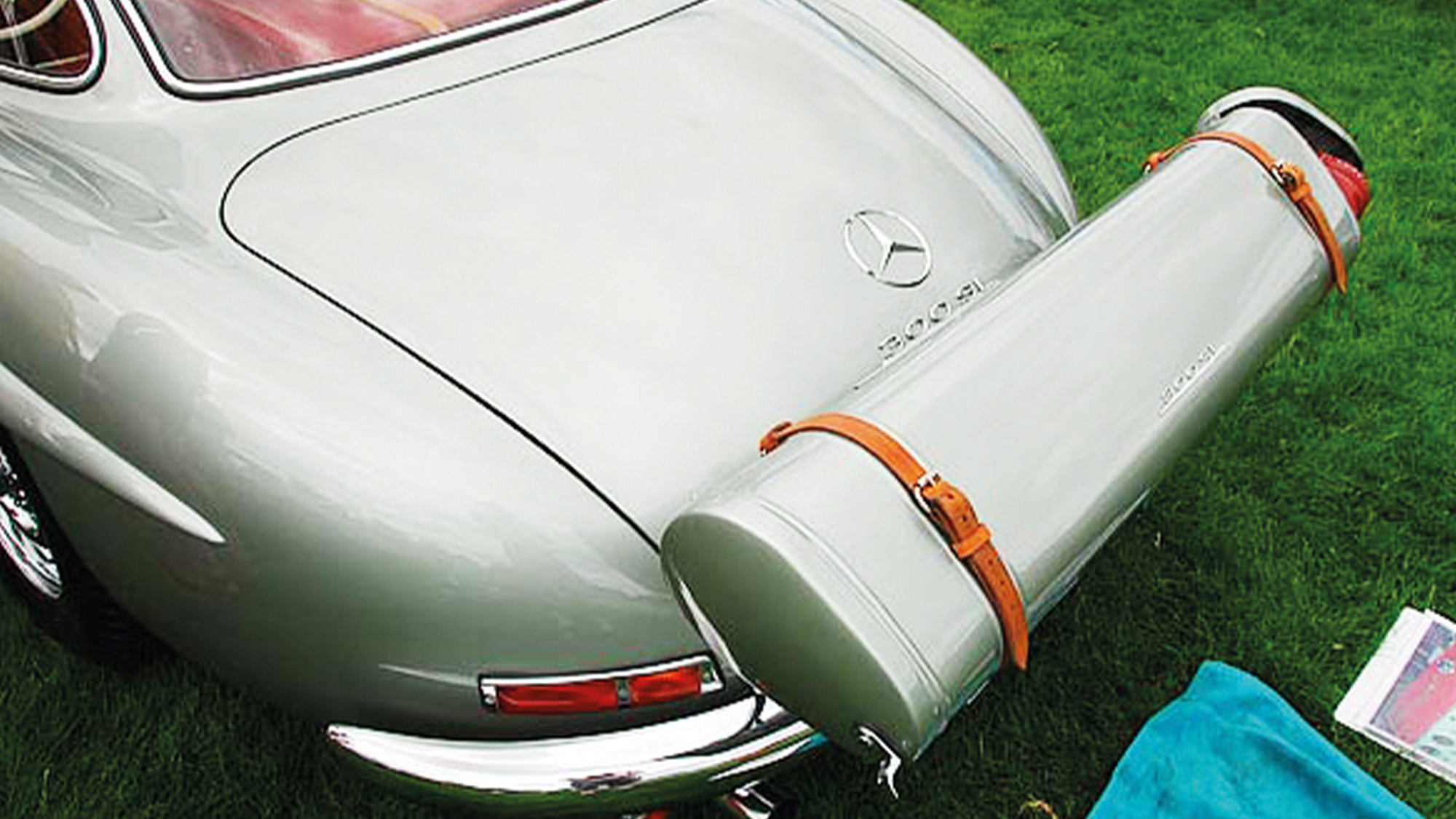 “Then you’re onto bespoke luggage by the likes of Schedoni for Ferrari and Lamborghini, etc. Aston Martin was into this too in the ’60s and ’70s,” says Sykes. “Custom sets matching the upholstery are collectible but I doubt if anyone’s going on holiday with that luggage.”

Indeed. A simple Schedoni case for a Ferrari 308/348 can be £3000, while a three-piece set for an F40 could cost you the same a as a new Mini. Today’s supercars offer similar options, though often less sensible – witness the carbon-fibre briefcase to go in the front of your Porsche 918, adorned with badges in case no one saw you arrive in it.

But for a gilt-edged investment there’s one item rarer than hens’ teeth. In the 1950s Mercedes offered a golf bag holder for the 300 SL, a tube which hung off the tail. Name your price for that one. 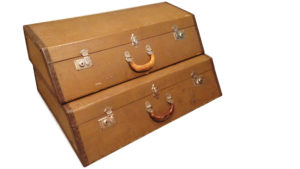 Perfect if you have a late 1930s airline-styled car, this pair of trapezoidal cases will fit neatly inside that sweeping boot-line. Complete with label from a Santander hotel. 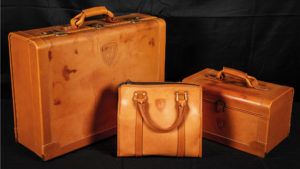 If you’re planning to keep your Lamborghini Diablo for a while, you could finish it off with matching luggage. This set comprises two cases plus a soft bag, all in tan leather. 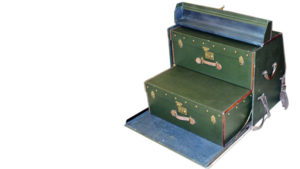 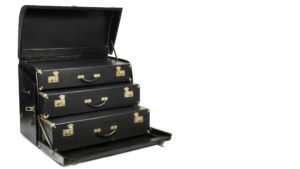 Complete fall-front trunk with lifting lid containing three suitcases, all covered in black Rexine, a cheaper waterproof alternative to leather. Made in Britain by Brexton. 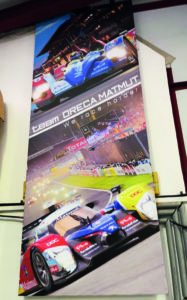 Andy Meyrick, sports car ace and BRDC Superstars director
“Back in 2010 I was doing the American Le Mans Series with Dyson Racing, but through Dunlop I got the amazing chance to make my Le Mans debut as the only British member of the factory Oreca team. All my team-mates were so experienced, with Panis/Lapierre/Duval in the sister car and Soheil Ayari and Didier André alongside me. With two hours to go we were running fourth and leading petrol car behind the diesels, when Hugues [de Chaunac, Oreca boss] told me I’d be finishing the race… an incredible moment. After we finished fourth I said I’d like a memento, so they gave me this 25ft-long banner! I’ve since cut it in half to make two posters so it would fit in my garage, but it always reminds me of my Le Mans debut, and one of the happiest parts of my career.”