Among all the talk of Lewis Hamilton’s ‘100 club’ and Michael Schumacher shooting into the high 90s, it can be easy to forget the records that stood before the Anglo-German superdrivers steamrollered them.

For example, Sir Jackie Stewart once stood as the greatest of all time when he became the first driver to record 27 grand prix victories during his final World Championship season in 1973. Having already opted to retire at the end of the year, Stewart shot to five wins and his third world title before hanging up his helmet, and the Tyrrell 006 was his weapon.

This superbly presented box set celebrates that historic season, with a 1:18-scale model of the 006 from Monaco of that year (Stewart’s 25th career victory, equalling Jim Clark’s tally). It comes in a mahogany-finish box with brass fittings, Stewart’s famous tartan trim and is topped off by a plaque that is hand-signed by the driver himself. Each comes with a certificate of authenticity and a percentage of each sale goes to support Stewart’s Race Against Dementia charity.
£291.63 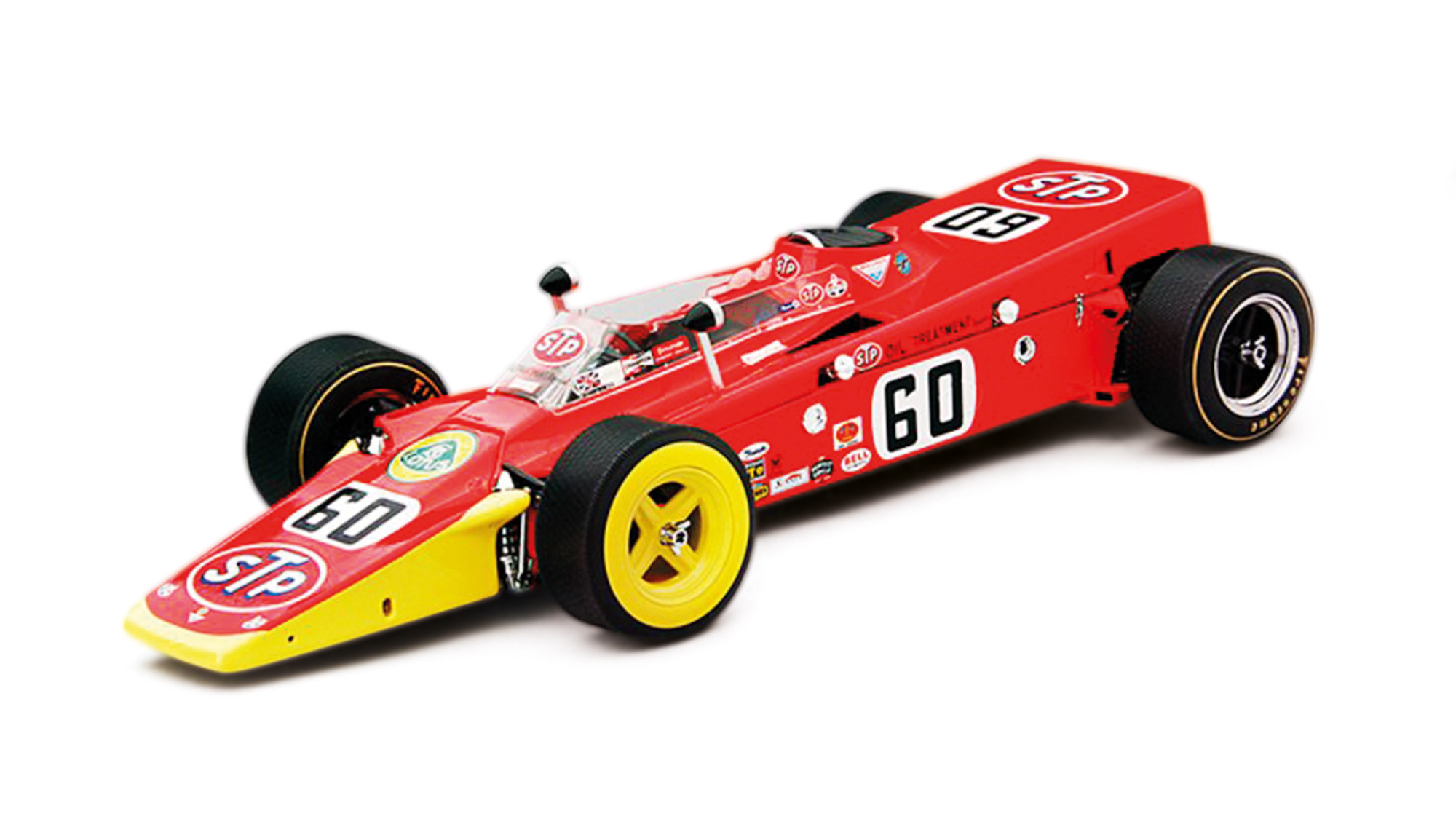 If you fancy something a bit different, try this 1:18-scale Lotus 56 that nearly conquered the Indy 500 in 1968. Driven by Joe Leonard, Graham Hill and Art Pollard, the 56 featured a gas-turbine engine and four-wheel drive. Leonard led for much of the race until a fuel pump shaft failed. Hill crashed and Pollard broke down but the 56 remains one of the most distinctive cars in Indy history.
£235.95 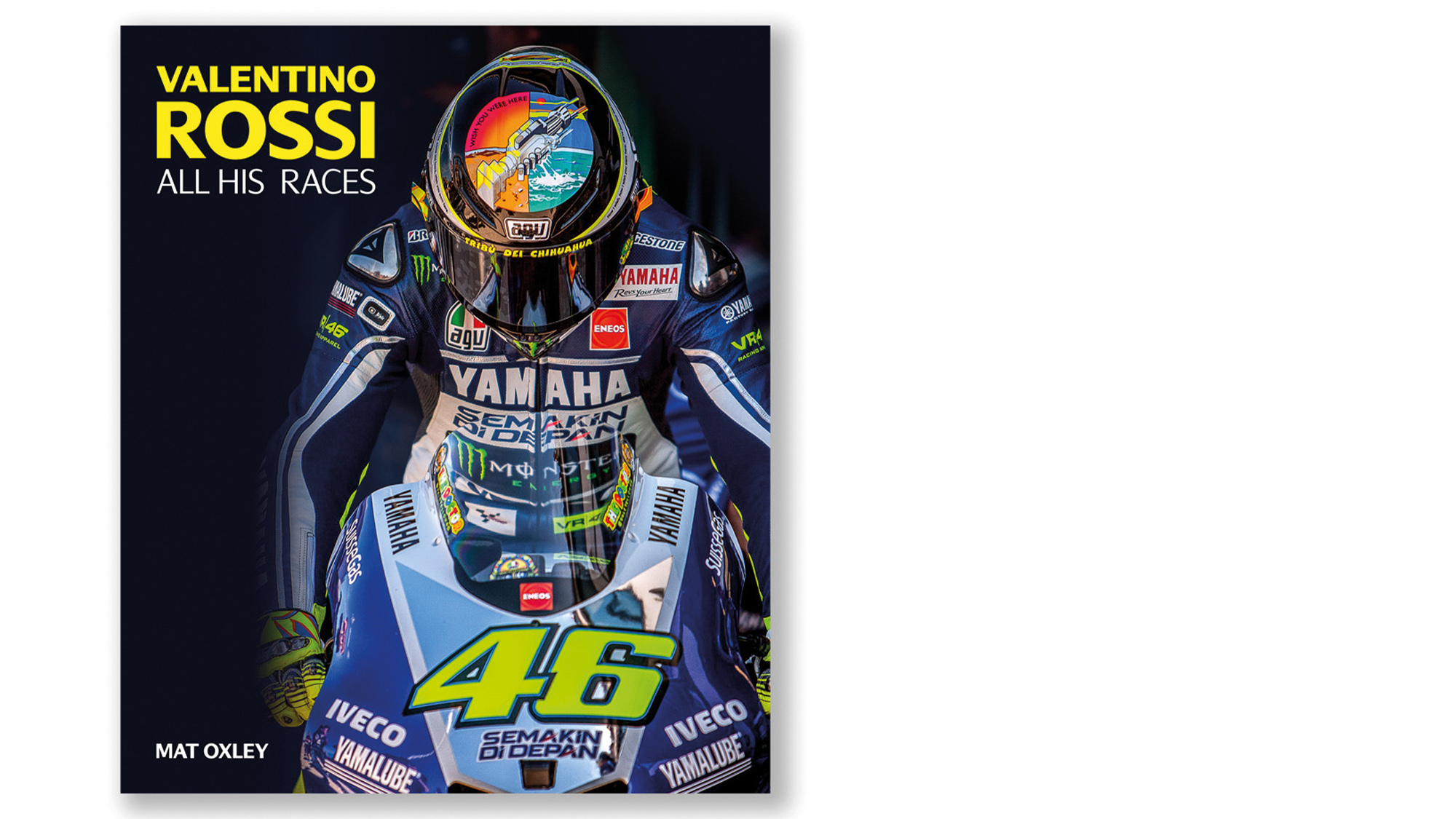 Valentino Rossi: All his races

championship titles and 26 seasons, MotoGP is saying arrivederci to Valentino Rossi. So, it’s fitting that our own Mat Oxley has produced this incredible work to honour ‘The Doctor’, recounting every one of VR46’s 372 MotoGP races, along with those he contested in the lower classes. In fact, Oxley goes even further back to Rossi’s formative karting and minimoto days. No fan should be without a copy of this.
£50 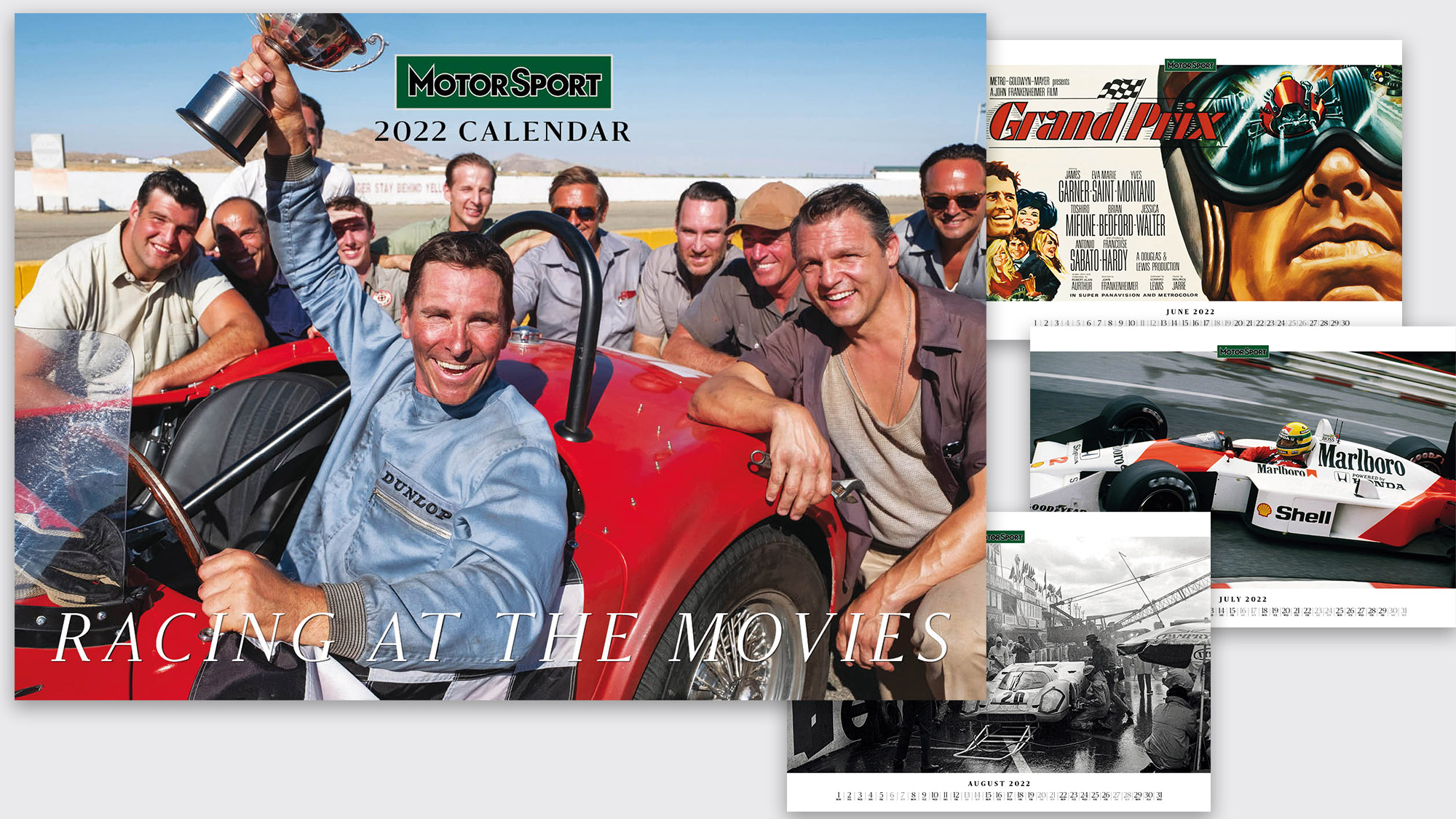 With the Christmas tree looking a shadow of its former self and January looming, here is your chance to order Motor Sport’s A2-size 2022 ‘Racing at the Movies’ calendar – now with a 15% discount from the regular price. Its images are taken from the finest racing films and feature-length docs ever made, including Ford v Ferrari, Rush, Grand Prix and Le Mans.
£25.49 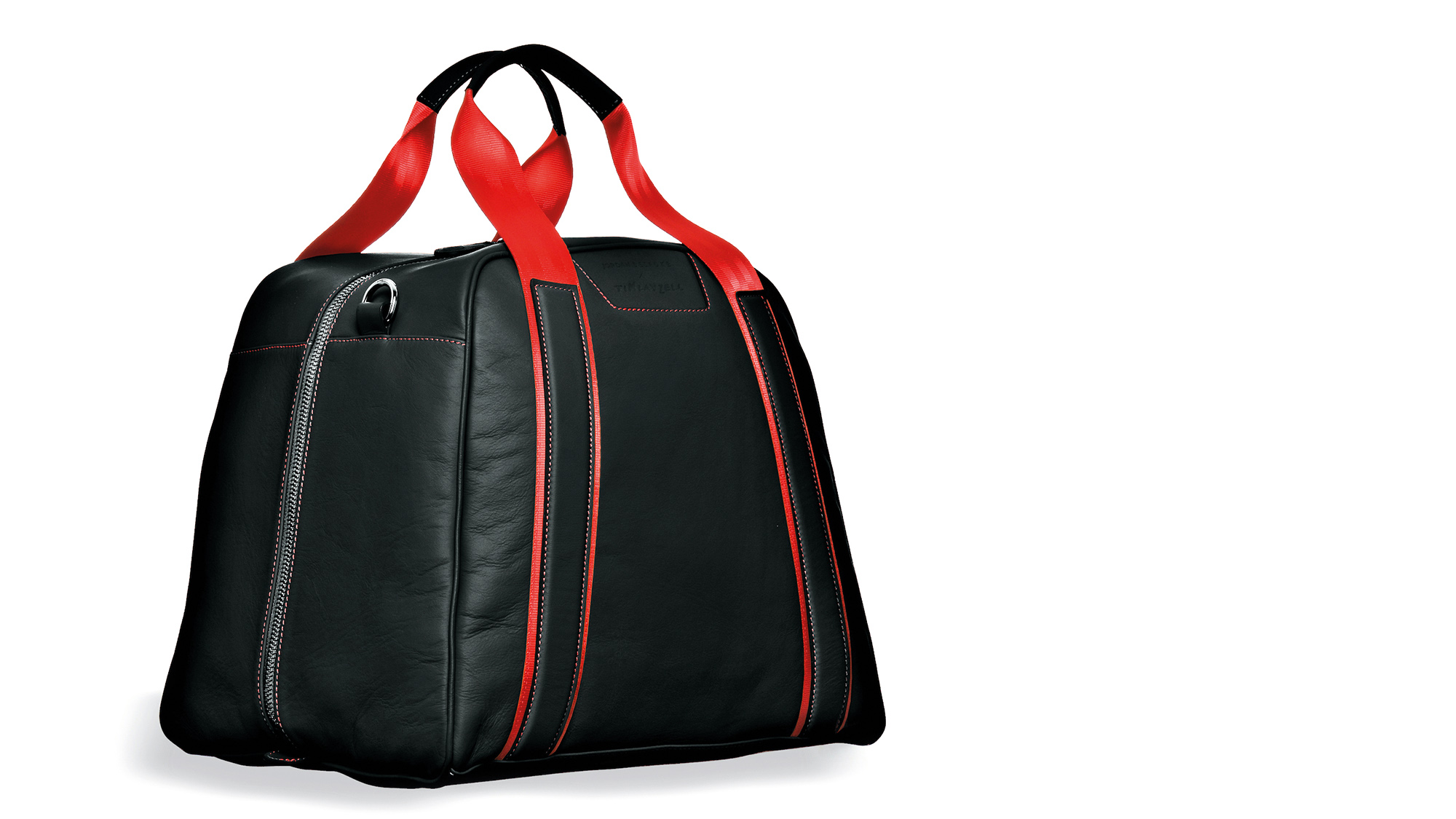 Our friends at Jordan Bespoke have a habit of creating tempting luggage items, and no self-respecting historic racer should be without one of its helmet bags. It’s Bridge of Weir leather, with straps of vintage seatbelt webbing and a quilted lining bearing a design from acclaimed artist Tim Layzell. It features his painting The Friendly Rivals, showing Juan Manuel Fangio and Peter Collins battling it out in 1957. Class.
£795 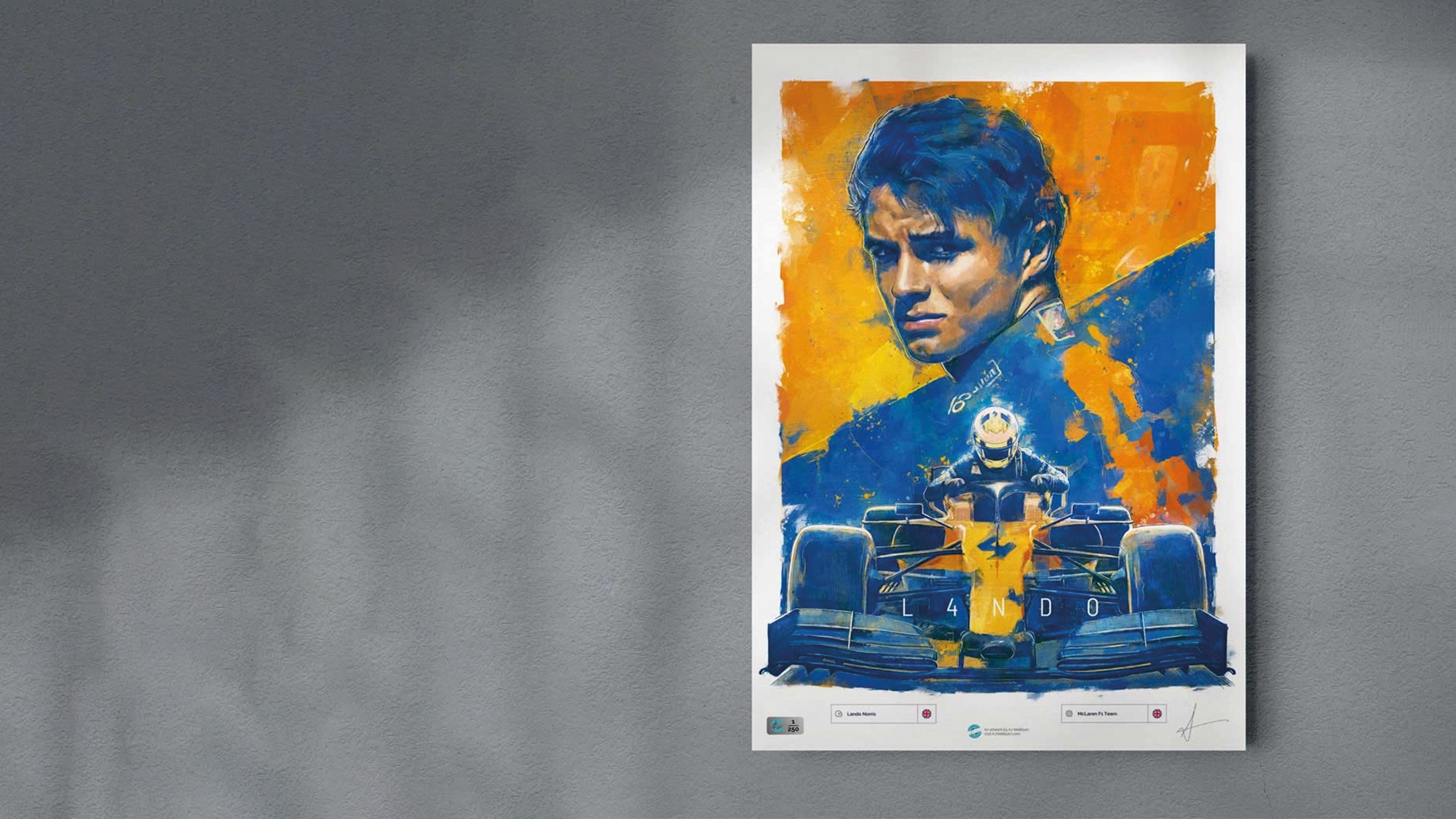 Aside from the epic Hamilton vs Verstappen battle in 2021, arguably the star of the season is McLaren’s Lando Norris, who ran third in the drivers’ standings for much of the early stages. Whether it was grabbing podiums at Imola and Monaco or a surprise pole in Sochi only to be undone by the great Russian weather, Norris has impressed. This print by Scottish artist AJ Wellburn is limited to a run of just 250, with each piece numbered. Complete with certificate of authenticity.
£39.95