When I went to visit Duncan Wiltshire for last month’s column, I didn’t expect half my day to be spent touring an RAF base. But Bicester Heritage proved a fascinating venue, and I think we’re all going to be visiting it a lot. It’s an astonishing survivor, a complete air force complex where virtually every building dates from between the wars, even though it was a live training base until the 1980s, with a brief surge during the first Gulf war when the USAF moved in. Property developers have been after the disused base and its airfield for years, but after it was given conservation status the perfect team purchased it. Not only are they restoring the 50 buildings down to period paint, but the intention is to create a motoring and aviation village, packed with restorers, tuners, dealers and anyone else from our world. And the airfield has a tempting perimeter track…

Driving force behind this is Daniel Geohagan, well used to major property undertakings – he converted a Tblisi railway station to a department store. He’s also a VSCC competitor (his Alvis 12/50 is parked outside), so he doesn’t need to feign his enthusiasm for creating a bustling centre for historic cars and aeroplanes.

Already 10 specialists have moved in, with 11 more on the way, and the village has hosted a string of gatherings – with acres of space it’s a perfect destination for club runs. Dan’s view is of a motoring community where enthusiasts and racers can walk from an engine shop to a coachbuilder and bump into organisers and dealers on the way. Which happened to me: the moment I got out of the car I met 96 Club’s Michael Scott and Patrick Morgan of restoration company Dawn Treader.

Dan gave me the tour, traversing the tree-lined trident layout leading to the airfield, still used for gliding, while he explained the balancing act between restoring to period – 19 of the structures are listed – and making these buildings suitable for their new occupants. He’s especially proud of Building 100 – a gents lavatory listed as Technical Latrines (the number is an RAF pun). But with the aid of a sympathetic architect the buildings are being made practical while retaining their character: vintage dealer Robert Glover showed me around his new base, the old Power House, where a fantastic travelling crane dangles above the Royces and Bentleys (including a splendid 8-litre Sedanca built for Lord Brougham and Vaux) standing on preserved fancy tiles. Then we strolled over to where Ewan Getley fettles Cricklewood Bentleys, an early Blower laid open to view as a digital scanner was run over it. Even the vast 1936 hangar conveniently re-roofed by the USAF is being used to store cars: Historit’s Charlie Morgan took us up and down the lines of cocooned machinery, throwing back covers to reveal a Lancia LC2, George Eyston’s Riley MPH prototype and many others in this vast space with room for 300 cars.

“I see this as a sort of motoring marina,” says Dan, “where if you’re fettling an engine and you need some electrics done, you can just walk over to someone on site. And at six o’clock everyone meets for a drink.” There isn’t a bar yet, but Dan explains he sees one side of the site hosting engineering, the other social venues, including accommodation, perhaps in the Officers Mess, and a clubhouse in the spacious Armoury and Lecture Rooms. Within the Motor Transport unit, a three-sided courtyard already being used for club meets, there will soon be a café, and to set the period scene there’s a rare RAF tractor parked in the sheds. So strong is the 1930s and ’40s atmosphere that parts of the new film The Imitation Game, about cracking the Enigma code, were filmed here.

Details like this reminded me of Goodwood Revival as we explored the base: all the paintwork is from a 1931 palette while the metal Crittall windows are being replaced with new from the same makers. (I noticed that visitors’ modern cars were all outside the Guard Room barrier; I’m not sure if this is period policy…) There’s a shed specifically to house a Hucks starter, the Model T-based machine that spun up propellers, and Dan is on the hunt for one to display – and who knows, perhaps find employment on the aerodrome. He sees potential for aero specialists to alight here too.

Geohagan’s multi-million pound restoration is cracking on, but the unrestored buildings have their own cobwebby, cracked glass appeal too, in the same way I’m glad I roamed pre-museum Brooklands while the banking was weed-grown and old aircraft parts littered the site.

A particularly nice touch at Bicester is the airfield’s original wartime ‘scramble’ bell, once again hanging outside the Guard Room. Added to a soundtrack of lathes, drills and sidevalve engines, and perhaps in time a DH Gipsy, a tug of the rope could spirit you back 70 years.

Pages of history
For anyone researching pre-war cars, the Vintage Sports Car Club’s library is a vital port of call

Managing the general editorial inbox as I do, I have to handle all sorts of abstruse queries from ‘how do I become a Formula 1 driver/motoring journalist’ through ‘which races did my great-uncle win at Brooklands?’ (often the aged relative has embroidered the facts) to ‘can you identify this veteran car in my family photo album?’ I like the latter question, not because I know enough to give chapter and verse but because I know some men who do. Every Wednesday they gather in the VSCC library to pursue research for themselves, owners, restorers and Motor Sport readers, and their knowledge combined with the Club’s remarkable library has solved many a motoring conundrum.

When I visited The Old Post Office, the Club’s handsome Chipping Norton HQ, Senior Librarian Ian Ferguson showed me the VSCC’s wealth of material: 2500 books, complete runs of periodicals back to The Autocar No1, manuals, handbooks, pamphlets, flyers, video and 50,000 photos. Magazine indexes were digitised long since (before we did ours – I relied on a VSCC CD for a long while) and nowadays photos are digitised and quick to search too. Magazines too are scanned before storing; “That has speeded up searches enormously,” says Ian. In addition the families of deceased enthusiasts donate many books and photo albums – “Some don’t even have cars in them. We don’t know what to do with those,” says Ian frankly.

Though it’s properly a facility for members, visitors are welcome and these volunteer researchers/historians don’t mind helping others, such as finding details of George Abecassis’ first Austin 7 racer to assist his son David in restoring it. And it can work both ways – sometimes a picture sent for identification answers a long-standing question about an ancient veteran.

Ian spread out some of the rare items: engineering drawings of HE radiators (left), the hand-written minutes of the club’s formation, copies of the Automotor Journal from 1902. “We’re looking for more issues,” he tells me optimistically before showing me the holy grail of automotive book collectors – an original 1909 edition of Gerald Rose’s A Record of Motor Racing, kept in a large safe along with early race records and other valuable items.

It’s an impressive facility, and I don’t doubt Ian’s assertion that it’s one of the finest motoring libraries in the country. And perhaps the knowledgeable people who man it just for the love of history give it that little extra.

Browsing the website of the wonderful Simeone Museum in Philadelphia recently I did a double-take – there was a photo of several cars from this prime collection outside the Clubhouse at Brooklands. Had I missed a visit? It turned out that this was clever photo-editing (openly declared!) to emphasise that the museum includes no fewer than five cars that actually raced at Brooklands: a Delahaye 135S/175S, an MG K3, and three Alfa Romeos – RLSS, 8C2300 MM and the ex-Hugh Hunter 2900A which contested that unofficial ‘fastest sports car’ contest in 1939.

Built up over many years by neurosurgeon Fred Simeone, the collection of 60 or so sports cars is highly focused on originality and, having known Fred for years and seen his amazing research library, I can testify to his knowledge and passion. The quality of the cars is exceptional – we’re talking actual Mille Miglia and Le Mans winners – and many of them are demonstrated around the on-site track, while the cars are displayed in appropriate scenic sets. It’s long way from the dusty unmarked backstreet garage where I first encountered them.

If you’re on the East Coast, go and visit; otherwise, visit the website or download the museum’s new app for a personal video and audio tour by Fred Simeone. Details at: www.simeonemuseum.org

Dream garage
How we’d blow the budget this month

Cheshire Classic Cars
Brabham BT38
One of the cars that set Ron Dennis on his way. In Motul livery of Rondel, Dennis’s first team. Fitted with newly rebuilt BDG and ready for Derek Bell Trophy or Euro F2.
£POA, www.cheshireclassiccars.co.uk

Foskers
Ferrari 550 Maranello
The model that brought Ferrari back into the two-seat GT arena. Equipped with 5.5-litre 485bhp V12 and a gearbox with a lever on top – the proper recipe. Ideal long-distance cruiser.
£70,000, www.foskers.com

On the road with Simon Arron

From the archives with Doug Nye 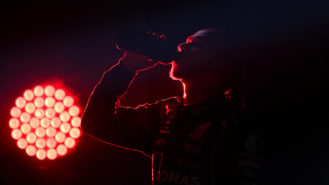 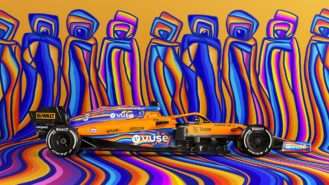 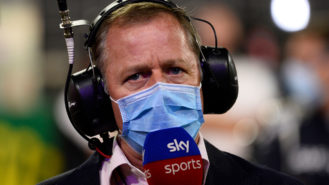 On the road with Simon Arron

From the archives with Doug Nye