Further to my letter of March 27th, and your article in the May issue of MOTOR SPORT, it is felt by members of the committee that some slight clarification of the position would be beneficial.

One point it is felt you should be corrected upon is your statement that I had lost interest in the 750 Club and to my personal refusal to resign from the honorary secretaryship of the Club. The actual position was that as a result of rationing restrictions and the corresponding increase in the cost of meals, no suitable venue could be found to hold Club socials. I personally could not find anywhere suitable for the monthly luncheons previously held at a moderate

charge. After your agitation, together with other members of the Club, it was agreed they could fix up such meetings, with the results that are quite well known. I have always maintained, however, that as soon as the basic ration was reinstated the Club meetings held on the first Sunday of every month would be recommenced. The meeting of June 3rd at the Osterley Hotel is proof of this statement.

As regards the bulletin, Holland Birkett was made Editor, and was able to find sufficient copy for some issues, but after the January, 1943, issue no further articles were forthcoming, and rather than lower the standard of this publication, it was abandoned until members had more time to submit articles.

In respect of subscriptions, I have always been open to receive them, but after some abortive attempts to circularise members with little or no results, I felt it was fairer to await the recommencement of Club activities before pursuing this subject further.

As you will be publishing this letter, I would say that members should send their subscriptions to me as previously. I am, Yours, etc.,

London, S. W.2. [We still believe that the 750 Club, under its present secretary, is drifting away from its original conception and is in grave danger of becoming just another enthusiasts’ club.—En.1 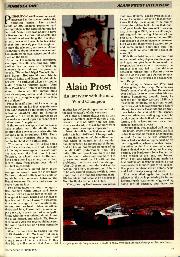 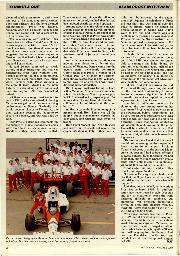 Alain Prost An interview with the new World Champion pIERGUIDO CasteIli wasn't remotely interested in the scene outside the technical centre. The excited babble of 200 anxious pressmen and photographers… 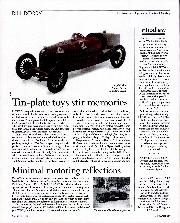 David Thirlby has written learned discourses about GN and Frazer Nash before, but his latest, Minimal Motoringfrom Cyclecar to Microcar (Tempus Publishing, Stroud, £16.99, ISBN 0-75242367-3), is a look at… 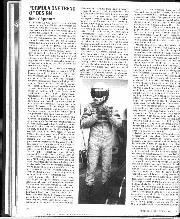 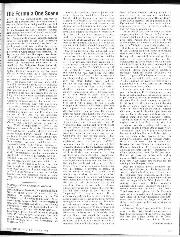 Formula One Trend of Design

Drivers Equipment In Formula One today it is not a simple matter to jump into a Williams or a Brabham and drive off. Over the years rules and regulations have… 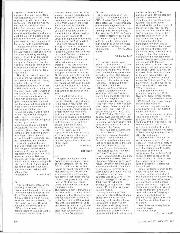 Sir, Your continuing notes on the motoring adventures of O.J. reveal much fascinating detail of road conditions in those far off days. The novel mentioned in the July issue to…